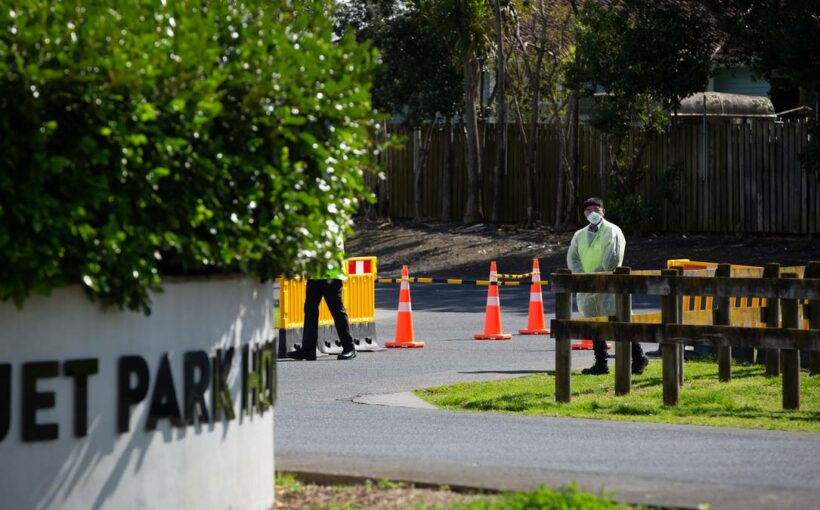 Last week, an Auckland mother told how her worst fears were realised when the Covid-19 test that her son took on his 22nd birthday came back positive. Here, he tells his own story.

A nasal swab isn’t exactly the greatest birthday present, but the positive result three days later was notably worse. I had been symptomatic for two days prior: a cough, headache, and a loss of smell.

On the day I was tested, I wasn’t expecting a positive result given there were no potential exposure sites that I could point to.

This changed two days later when a large west Auckland mall that I had briefly visited was added to the list. I thought it was a long shot – I’d used self-service at the checkout and talked with no one – but a link was established.

Three days later I was awoken by a phone call from the doctor’s surgery where I was swabbed. I had tested positive, their first case.

Following this call was another from the public health contact tracers and after a quick shower I recounted my symptoms, whether I knew anyone who had tested positive for Covid and any locations of interests I had visited.

The indirect nature of my encounter with the infection placed me in an exclusive group of cases where there were no personal links in this growing Auckland cluster.

I only needed to recall the two days before I was symptomatic. I awoke feeling terrible on the second full day of lockdown. Both days had been spent inside with my chain of transmission beginning and ending at home.

My mother was my sole close contact who is now in two weeks’ self-isolation. Against the odds, she has returned two negative tests.

I was told that someone from Jet Park quarantine facility would be in touch within a day and this was followed by an email telling me what to expect for my stay in Jet Park: two weeks of quarantine in a hotel room.

There was just one pressing question I had that remained unanswered – could I bring my desktop computer? After a stressful 24-hour-plus wait at home I finally got a phone call telling me I was to be picked up within the hour, and with my computer.

A confronting trip to MIQ

After a long hour of Covid sweats a van arrived at the bottom of my driveway and the driver, wearing full PPE, offered me hand sanitiser as I loaded my belongings into a small van.

I, the lone passenger, was instructed to sit at the rear. All seats were covered, and a screen separated the passenger section from the driver, a reminder that I was a carrier of the virus that had killed millions across the world, and that had brought this country to a standstill more than once.

During the drive my lunch and dinner were ordered for me but outside of this we drove to the south Auckland quarantine facility in silence.

As soon as I arrived my belongings were loaded on to a trolley and my hands were sanitised again, and then once more in the lobby. I rode the lift to level two alone. A nurse followed a minute later.

I was shown to my room and briefed; I am yet to leave it. You’re allowed daily access to the cordoned-off section of carpark for recreation but the view from my window is grim. It’s far from an appealing stroll through suburban Auckland to a secluded bay.

All meals and housekeeping requests are delivered to your door, which is never to be opened without wearing a mask. Barista-made coffee and alcoholic drinks are on offer, but the taxpayer’s generosity falls short of subsidising them. The food consists of three large meals a day, morning tea and afternoon tea, with any dietary needs met. I am unable yet to speak to the taste.

I receive daily calls from the Auckland District Health Board to check my symptoms and am visited every few days by nurses in full PPE to have my vitals taken.

My days are spent gaming, listening to podcasts, and watching films – a very smooth transition from life in lockdown. This, as someone who doesn’t have the misfortune of being gravely ill, is the greatest sadness of this whole experience.

When I’m ultimately released in a week’s time, provided I’ve been asymptomatic for 72 hours, it’s back into a lockdown. It’s a lockdown with no clear end in sight, and that weighs upon my mind heavily as this carrot of freedom is waved in my face.

It’s not lost on me that my experience with Covid-19 has been extremely fortunate and far-removed from the suffering this virus has caused.

Ambulances leave from the facility daily; I watch them from my window as they slowly snake out of the carpark towards the exit. Neighbours whom I never met delivered from the relative luxury of a hotel room to a hospital ward.