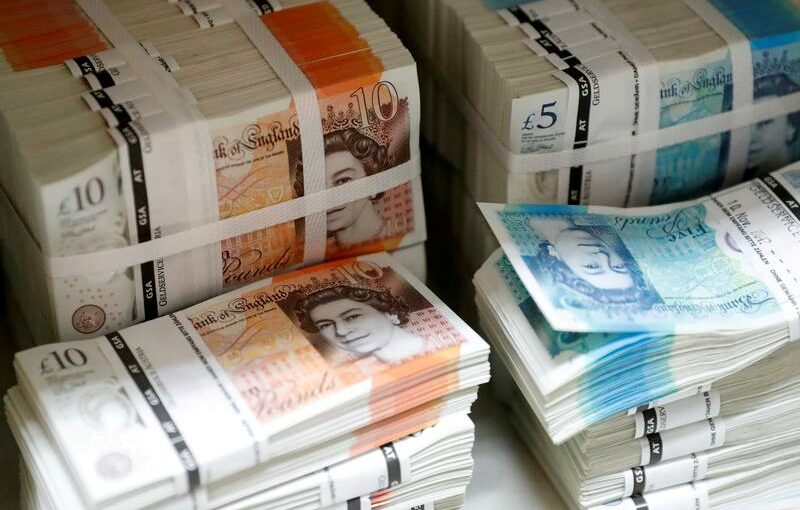 LONDON (Reuters) – The pound rose to its highest in two weeks on Tuesday, extending gains against the dollar which weakened after U.S. Federal Reserve Chair Jerome Powell did not signal a timeline for a policy shift.

At the highly-anticipated Jackson Hole economic conference on Friday, Powell offered no indication about when the central bank planned to cut its asset purchases beyond saying it could be “this year”. The comments knocked the U.S. dollar and pushed up the pound.

Versus the euro, it was little changed, at 85.76 pence per euro.

Risk appetite was steady, as European stocks shrugged off fresh signs of an economic slowdown in China.

Investors are looking to U.S. jobs figures due later in the week for clues on the timing of the Fed’s monetary policy tapering.

ING FX strategists wrote to clients that a light data calendar in Britain and lack of Bank of England speakers meant that cable had followed euro-dollar’s move higher this week.

“A break above 1.3800 this week should, if anything, be driven solely by USD weakness, while EUR/GBP looks likely to keep trading within its recent narrow range for now,” ING said.

Earlier this year, Britain’s pace of COVID-19 vaccinations and a broader reflation trade in global markets allowed the pound to be the best performer among its G10 currency peers, but it has since lost that lead.

Speculators’ net position on the pound versus the dollar fell further into negative territory in the week to Aug. 24 – meaning there are more bets on the pound falling – according to weekly CFTC positioning data.

The net short position is at its biggest since November 2020.