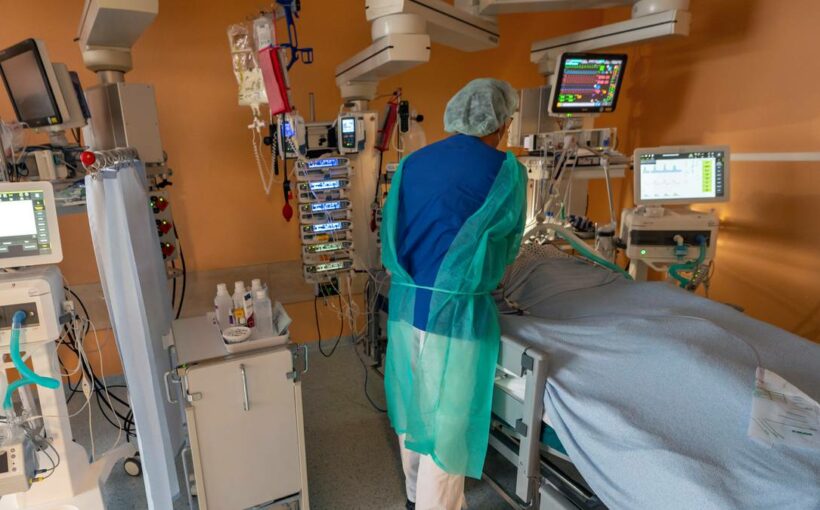 A new region is fast becoming a cause of “grave concern” for virus experts, where hundreds of thousands of Covid deaths are now expected in the months ahead.

The World Health Organisation has warned that Europe is facing a grim winter, as Covid-19 cases spike and vaccination rates stall just as the colder months arrive.

In fact, the situation is now so dire some countries are facing their biggest Covid battle yet.

Germany has confirmed its highest daily increase in cases this week since the start of the pandemic.

WHO regional director Hans Kluge said the incredible pace of transmission was a cause of “grave concern”, anddeaths could reach 500,000 by February.

There have already been 1.4 million Covid-19 deaths in Europe over the course of the pandemic so far.

He said 43 out 53 counties in his region were bracing for high or extreme stress when it came to hospital beds.

“We are, once again, at the epicentre,” Dr Kluge said in a statement.

“According to one reliable projection, if we stay on this trajectory, we could see another half a million Covid-19 deaths in Europe and Central Asia by the first of February next year.”

To put the seriousness of the situation into perspective, Kluge revealedin the past week alone, Europe had recorded 1.8 million new infections and 24,000 deaths.

Three-quarters of those victims were aged over 65, and most were unvaccinated.

Kluge said the continent needed to ramp up its vaccination rate and also be wary of relaxing Covid rules prematurely as a matter of urgency while the Delta variant was still spreading.

“We must change our tactics, from reacting to surges of Covid-19 to preventing them from happening in the first place,” he said, in reference to Covid vaccines.

“We are at another critical point of pandemic resurgence.

“Hospitalisation rates in countries with low vaccine uptake are markedly higher and rising more quickly than in those with higher uptake.”

According to the BBC, France is sitting on a 68 per cent double vaccination rate, while Germany is at 66 per cent – and just 32 per cent in Russia.

By contrast, at least 77 per cent of eligible New Zealanders and 79.1 per cent of Australians are fully jabbed, and experts expect the nation to exceed 90 per cent in the near future.

According to CNN, the Delta variant is wreaking havoc across the continent, with Eastern Europe particularly affected, as Russia and Germany reach record numbers of infections and Ukraine’s capital city Kiev introducing new Covid restrictions amid a surge there.

In a sign of just how dire the current crisis is, there are now 78 million cases in the region – more than the total number of cases in Southeast Asia, the Eastern Mediterranean, the Western Pacific and Africa combined.

The WHO’s Dr Mike Ryan said the devastating situation unfolding in Europe was a “warning shot for the world” when it came to the importance of vaccination, especially during the critical winter period when transmission rates typically soar.

Meanwhile, the escalating disaster in Europe comes after the world reached a grim new milestone earlier this week; the total number of Covid deaths since the start of the pandemic passed five million on Monday.