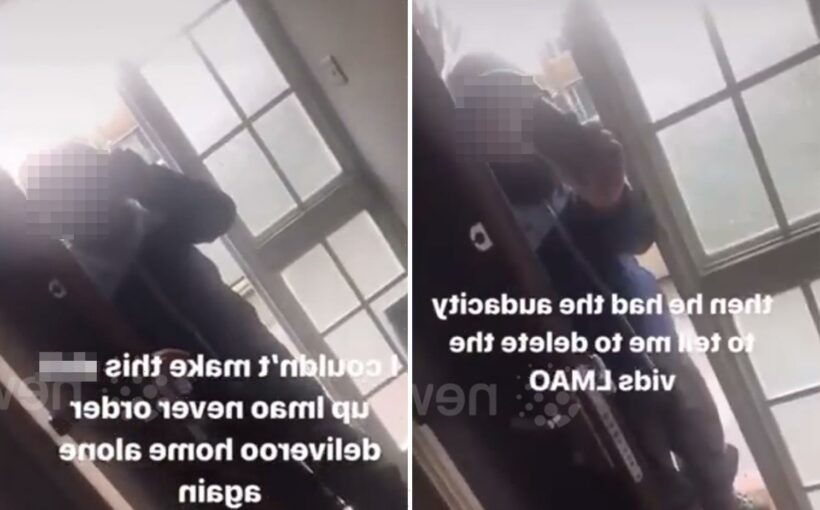 A MOTHER filmed the terrifying moment a sex-pest delivery driver repeatedly demanded a kiss before leaving – even after she told him she was 14.

The 23-year-old mum, who was carrying her baby at the time, said he refused to leave the doorstep of their home. 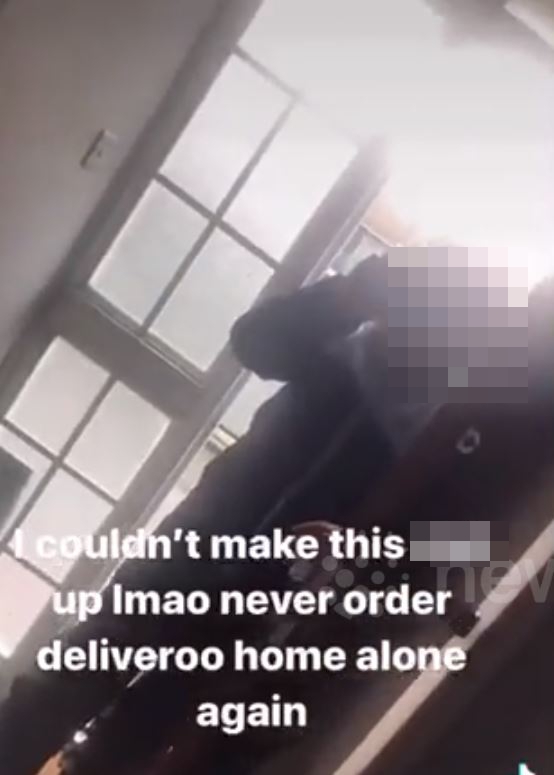 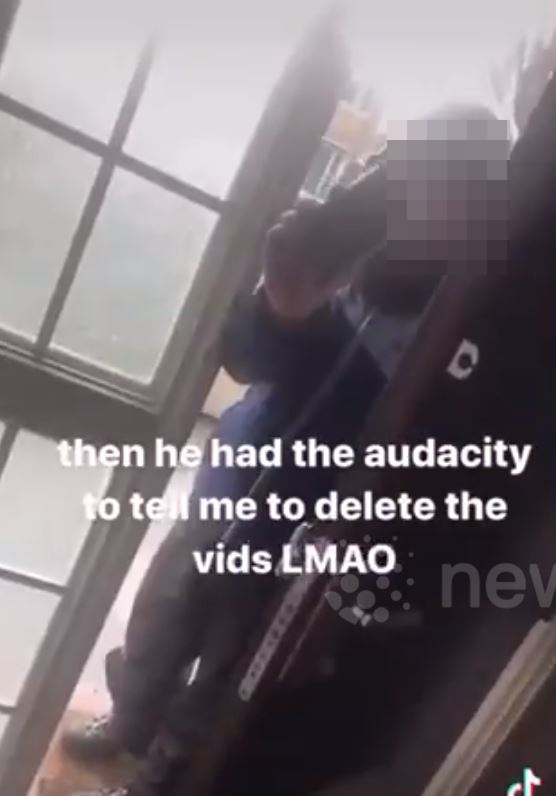 The mum from Battersea, south London, says she was home alone when she opened the door to receive her order and began filming when the driver refused to leave and started asking for a kiss.

"Leave! Move away from my door," she shouts at the helmeted driver standing in her doorway in the video filmed in 2018 that has since resurfaced.

As the driver appears to retreat, the young mother walks towards the door to close it but then screams as he opens it once again.

"Please, give me a kiss," the rider again demands.

"Do you want me to report you to Deliveroo?" the mother asks.

In an attempt to get him to leave her alone, the mum tells the driver that she is only 14 years old.

Even that doesn't put him off and he remains in the doorway for several moments apparently hoping she may change her mind.

After eventually admitting defeat and starting to back out of the door, he has the audacity to ask the scared woman to delete the video she's been filming.

She continues to ask him to step away and lets out an awkward giggle.

"I couldn't make this sh*t up," the filmer captioned the video when she posted it to her TikTok.

that the driver had been fired when the incident was first brought to their attention.