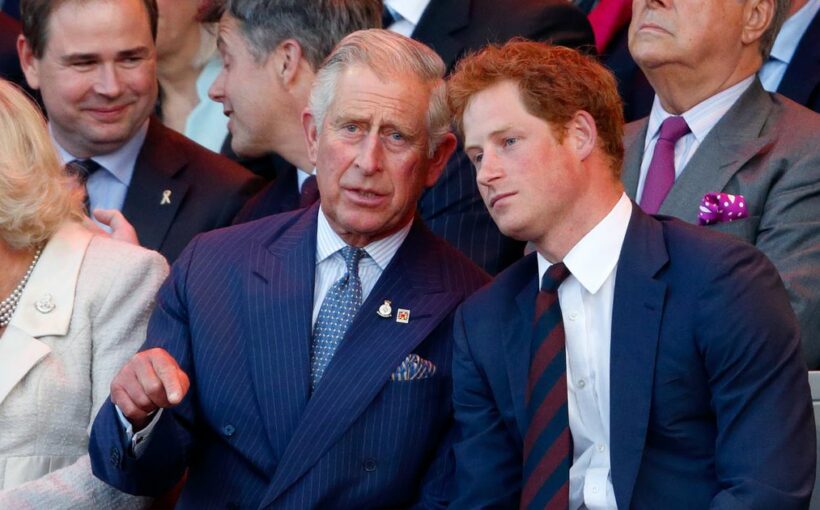 Distance "might be a good thing" for Prince Harry and his dad Prince Charles on Father's Day this year, a royal expert has said.

This Sunday will be the first Father's Day since Prince Harry made a string of comments about life within the Royal Family, including his suggestion he moved Archie and Meghan to the US to "break the cycle" of "genetic pain and suffering" from his own childhood

It also comes as Prince Charles will also suffer the heartbreak of spending his first Father's Day without his own dad Prince Philip.

Royal expert Brittani Barger told the Daily Star that following the fallout of Prince Harry's claims, the distance between father and son my be a good thing this year.

Ms Barger, Deputy Editor of Royal Central, a US website focused on news about the monarchy, said: "As anyone who has lost a parent knows, the first of everything without them is very hard… first Christmas, birthday, and of course, Father's or Mother's Day.

"As such, Father's Day will be difficult for Charles and his siblings as it is their first one without their father here.

"Saying goodbye is never easy and the grief extends beyond just a month or so after the loved one's death. So it will more than likely be hard on Charles, Anne, Andrew and Edward this year.

"With Harry in the US, obviously Charles can't celebrate Father's Day with him. Add in the drama that has taken place, the distance might be a good thing this year for both Charles and Harry."

This year the Duke of Sussex has appeared on a bombshell interview alongside wife Meghan with Oprah Winfrey, in which the Sussexes made a series of bombshell claims about the royal family during their chat with the US TV legend.

They included allegations that Kate Middleton made her new sister-in-law Meghan cry, as well as revelations that the Duchess of Sussex had suicidal thoughts and that there were concerns within the Palace about "how dark" their baby would be.

He also appeared on The Late Late Show With James Corden where he spoke about his need to get his family out of the "toxic" environment they were in during their life in the UK.

"That doesn’t make sense. Just because you suffered, that doesn’t mean that your kids have to suffer. In fact quite the opposite, if you’ve suffered, do whatever you can to make sure that whatever experiences, negative experiences you had, that you can make it right for your kids."

He also said he moved Archie and Meghan to the US to "break the cycle" of "genetic pain and suffering" from his own childhood in an appearance on the Armchair Expert podcast with Dax Shepard.