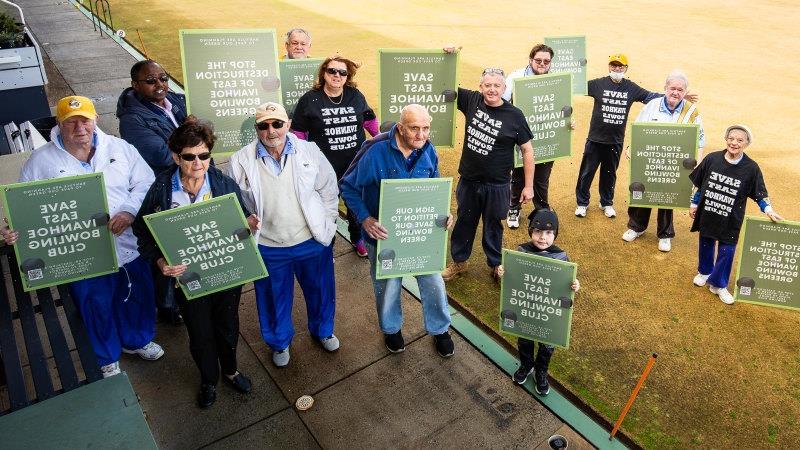 Irate members of a lawn bowls club have resolved to fight council plans to convert its 70 year-old green into netball courts. 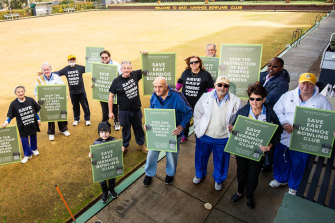 Under the council’s Ivanhoe sports precinct plan, East Ivanhoe bowls would share its clubhouse with the netball club and other community groups.

But bowling would shift to Ivanhoe Bowls Club in John Street.

Stalwarts of East Ivanhoe bowls, which has 259 members, fear it will mean closure of their club.

More than 1000 people have signed online and handwritten petitions against the plan. “We’re not going anywhere,” Mr Perkins said.

He said the netball club should “go find somewhere else”, such as the two vacant tennis courts in Ivanhoe Park.

“You don’t come to another person’s home and stand out the front and say, ‘I’m going to take this place,’ ” Mr Perkins said.

Ivanhoe Netball Club president Dina Biviano said it was an emotional subject and she empathised with the bowlers, but her club’s more than 180 female players, with an extensive wait list, did not have equity in access to local sports facilities.

The netball club has run for 12 years without a home, instead playing as far afield as Templestowe and Mernda. Meetings are often held in members’ houses. 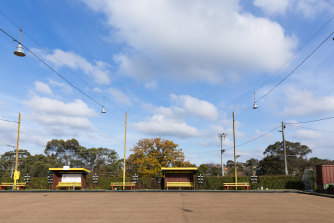 The club could be forced out of the venue it has called home for 70 years.Credit:Eliana Schoulal

Ms Biviano said the bowls club had had the “privilege” of 70 years’ use of the council-owned park site, and it didn’t have a right to it. The council wasn’t asking the bowls club to fold, just to move.

Mr Perkins said prospective members would not want to join a bowls club whose green was at a different site to its clubhouse.

Mr Perkins said that proposal was for both clubs to be based at East Ivanhoe. 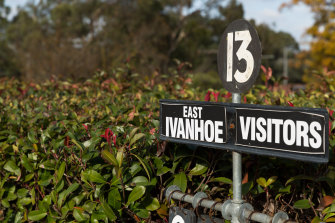 Stalwarts of East Ivanhoe bowls, which has 259 members, fear the plan will mean closure of their club.Credit:Eliana Schoulal

East Ivanhoe bowls member of 18 years John Irvine, 83, of Greensborough, said he would probably give up the sport if the plan went ahead.

East Ivanhoe was friendlier than other clubs. “If you come in and have a beer, someone will always say, ‘Come and sit here.’ ”

“I’m disappointed that [the council] didn’t put more effort into coming up with a better solution.”

Netball was a growth sport and Ivanhoe Netball club needed a dedicated training venue in its area. The move would support young women’s participation in sport, while providing community access to facilities.

Consultation for the Ivanhoe sports precinct plan is open until July 17, with feedback to be considered by the council in August.

A final masterplan will be presented to the council by December. Further information is available at shaping.banyule.vic.gov.au/IvanhoeSports