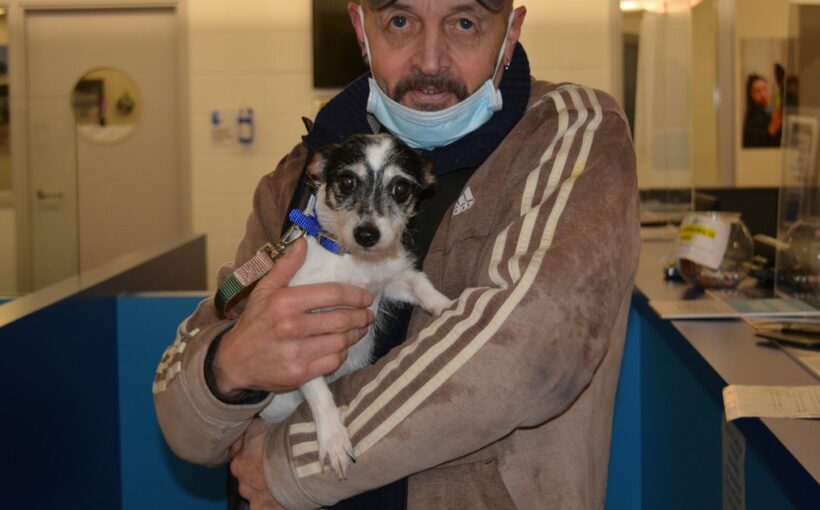 A dog stolen while being taken for a walk has been returned to its owner a staggering 16 months later.

Jack Russell Lucky was taken by dognappers during a walk in August, 2020.

She was snatched from the hands of owner Chris Joyce while out in the Ealing are of West London, the Manchester Evening News reports.

However, she was spotted wandering the streets and was picked up by a local dog warden in Hounslow, and taken to Battersea Dogs and Cats Home in south-west London.

Thanks to a microchip Lucky was returned “back where she belonged”, the charity said.

Owner Chris said: “Hearing that Lucky had been found and was safe and unharmed was such an emotional experience.

“With her being missing for so long I never thought I’d see her again, so to have her back with me is amazing. I’m forever grateful to Battersea for being able to reunite us.

Last year, Battersea's Lost Dogs & Cats Line received around 3,000 reports by November of missing pets since the start of the year – up from just 1,902 for the whole of 2020.

Centre manager Steve Craddock said: “Knowing that we were able to reunite Chris and Lucky is really rewarding.

“Our Lost Dogs & Cats Line has reunited thousands of animals throughout the years, and we continue to be here for every dog, cat and person who needs to use our services.

“We saw an increase in pets being reported as missing in 2021, which could be as a result of the pandemic and the increased population of dogs and cats. If your pet has gone missing, please do get in touch with us and we will do all that we can to reunite you and your pet.

For more of the latest news from the Daily Star, make sure you sign up to one of our newsletters here.

“Microchipping is a painless and simple procedure for dogs and cats, and I’d urge everyone to ensure that their pet’s microchip details are correct and up to date – this could be the difference between never seeing your pet again or being reunited should they ever go missing.”

Microchipping has been enshrined in law since 2016, and the government announced late last year that it was going to crack down on pet thefts, but has yet to detail how it would be doing so.

The Daily Star has contacted the government to seek clarification on this.