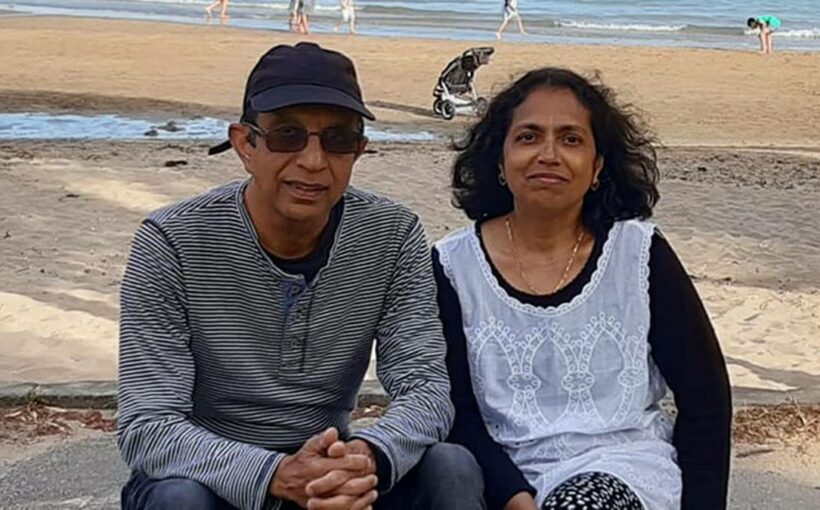 Police have confiirmed the identities of two people killed in a stabbing in Epsom, Auckland which left another man fighting for his life.

They are husband and wife Elizabeth and Herman Bangera, aged 55 and 60 respectively.

Detective Inspector Scott Beard, who is overseeing the homicide investigation, confirmed the incident was family harm-related at a press conference at Auckland Central Police Station at 4pm today.

A man related to them is in Auckland Hospital in a critical but stable condition. Medical experts will advise police when it is appropriate to interview him. “No charges have been laid at this stage,” Beard said.

A fourth person at the scene was a close family friend. He was called to the scene not long before the incident. He suffered superficial injuries and is in shock.

Police have spoken to next of kin.

“This is a double homicide, it is a family harm incident and it is a tragedy,” Beard said. “We feel for the family and we extend our condolences.

“The rest of the family are struggling.”

The police investigation will look into the background of all the family members, Beard said.

Post mortem examinations and formal identification of the victims was completed this afternoon.

The two victims died as a result of stab wounds and a knife was found at the scene, Beard said.

A number of phone calls came into ambulance services at the time of the incident. “Obviously this was a traumatic incident for emergency staff,” Beard said.

The scene examination is ongoing, and the investigation team is continuing to
speak to people associated with the family.

Meanwhile, the University of Auckland said earlier today it is “shocked and saddened” that one of its staff is understood to have died in the attack.

“It has been reported that the victims of the homicide incident in Epsom on Friday morning are one of our staff members, Elizabeth Bangera, and her husband Herman,” a university spokeswoman said.

“Elizabeth has been part of our University community for many years, working as a group services co-ordinator in the School of Pharmacy, Faculty of Medical and Health Sciences.

“She was a highly respected colleague and friend.”

The spokeswoman said support and trauma counselling was being offered to anyone in the university who may have been affected by the incident.

“They are Christian; they used to go to church. They were very God-fearing,” Gupta said.

The couple immigrated to New Zealand from the Indian state of Goa and moved into the block of flats around 2007 because it was in zone for Auckland Grammar where their son attended, Gupta said.

The couple’s son Sheal had recently graduated from Massey University engineering school and just started his career, the Herald understands.