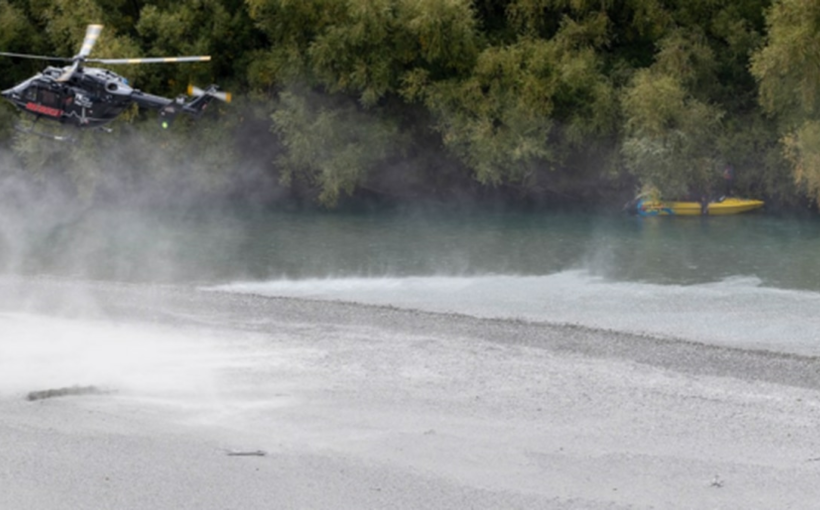 Queenstown jet boat company KJet has launched an internal investigation and suspended operations after five people were hospitalised today in a crash.

There were 11 passengers and one driver on the jetboat when the incident happened at 11.40am, the company said in a statement.

“KJet immediately initiated its emergency procedures and a jetboat with two drivers was dispatched to the area.”

Emergency services rushed to the scene of the Shotover River crash, upstream from the SH6 bridge.

A St John ambulance spokeswoman said 12 people were treated by paramedics. Seven of the patients were considered to have “minor” injuries and were assessed and treated at the scene.

Five people, including the driver, were flown to Queenstown Lakes District Hospital.

The spokeswoman said four people were in moderate condition and one had serious injuries.

Three passengers and the driver had since been discharged from hospital while a male passenger would remain in hospital overnight as a precaution, KJet said.

“KJet is working closely with all relevant authorities including the police, Queenstown Lakes District harbourmaster and the Transport Accident Investigation Commission.

“The company has also launched its own internal investigation and all operations were suspended immediately following the incident.”

A KJet spokesperson said the company was supporting all passengers on board, their friends and family as well as the driver.

A police spokeswoman confirmed officers were attending a boating incident.

A Fire and Emergency shift manager said they attended to provide assistance to police and ambulance staff, but by 12.45pm had left the scene.