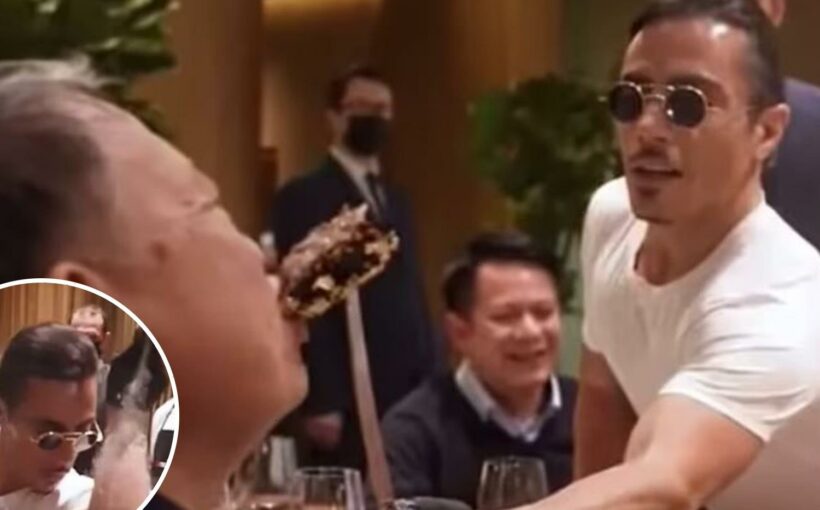 FACEBOOK has finally freed the #SaltBae hashtag after a clip of a top Vietnamese Communist Party official being fed gold-covered steak sparked fury.

The social media giant's parent company, Meta, announced it had unblocked the hashtag – but declined to say whether Vietnam forced them to remove it. 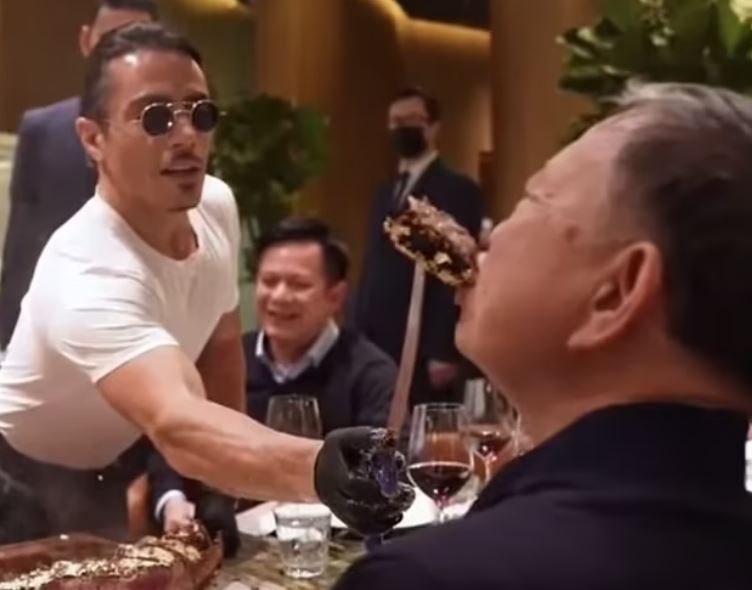 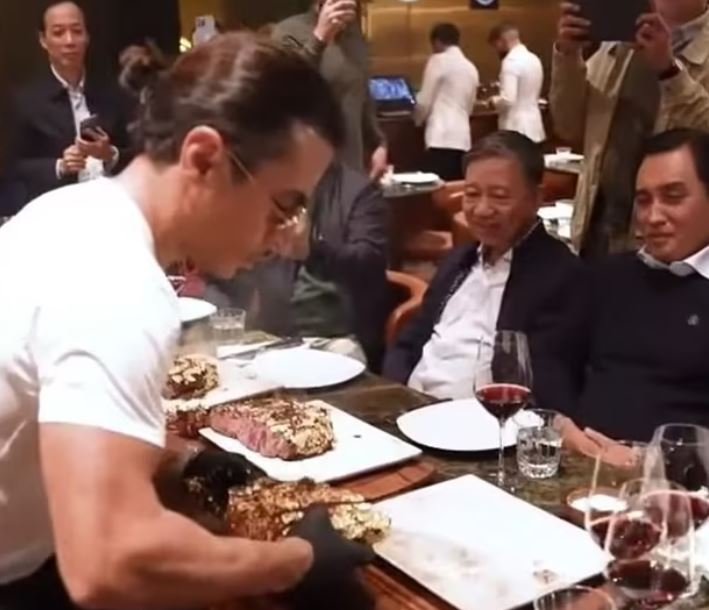 The country's Minister of Public Security, To Lam, 64, was filmed scoffing a £1,450 tomahawk steak at Nusret Gökçe's new restaurant in Knightsbridge.

Salt Bae posted the video on his TikTok account of him serving the high-profile party their expensive nosh before placing a slice of steak in the official's mouth.

But the video was hastily removed by the celebrity chef, while other versions were also taken down from the app for violating "community standards", Reuters reported.

"We've unblocked this hashtag on Facebook and we're investigating why this happened," a spokesperson for Facebook operator Meta said.

They confirmed the tag had been blocked for Facebook users worldwide, not just in Vietnam.

It remains unclear why the video led to the hashtag being blocked as the spokesperson refused to comment on potential reasons.

While it was censored, a search for the hashtag generated a message saying community standards had been violated.

Earlier this year in a U.S. Congress hearing, Mark Zuckerberg said artificial intelligence plays a major role in "content moderation", responsible for taking down more than 90% of content deemed to be against Facebook guidelines.

However, the footage of Lam indulging himself on some of London's finest steak had outraged some users on social media.

The 64-year-old – in charge of his nation's police force and anti-corruption task forces – was in the UK alongside other Vietnamese officials after attending COP26 in Glasgow.

His feast caused a stir in Vietnam as people questioned how such an authoritative figure was willing to be recorded scoffing such an expensive meal in the midst of a state crackdown on corruption.

One infuriated Vietnamese Facebook user with almost 150,000 followers changed his profile picture to a screenshot of the video and called out local media for their lack of coverage of the incident.

He wrote in a post: "Security officers following this account, have you seen the video of minister To Lam eating salt-sprayed beef?

Do you know how many months salary you'd have to spend for just one piece of that steak?

"Do you know how many months salary you'd have to spend for just one piece of that steak?"

The clip went viral in Vietnam, where most people earn just £112 a monthon average.

Others also called out the Communist leaders for eating the decadent steak after attending a climate conference – with one branding it "the height of revolting indifference."

Another added: "Millions of people are suffering from Covid. No words."

Lam appeared to be lapping up Salt Bae's theatrical serving approach as he sits alongside Vietnamese ministry spokesman To An Xo.

He even gives Salt Bae a thumbs up of approval after gobbling down the steak.

The country routinely requests that social media companies censor online content that it considers too be "anti-state".

Vietnam threatened to get rid of Facebook last year if the platform did not remove more local political content.

Salt Bae is also abandoning ship in wake of the hashtag scandal – as he leaves his flagship London restaurant to open up another in Saudi Arabia. 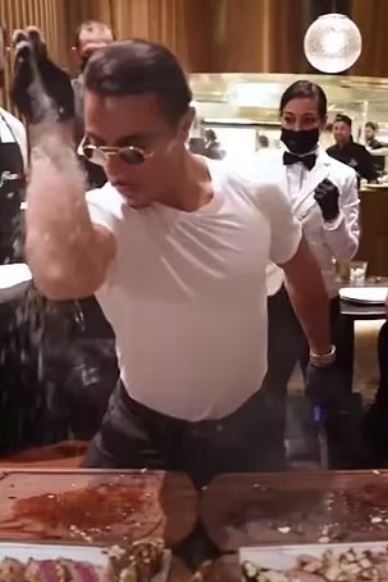 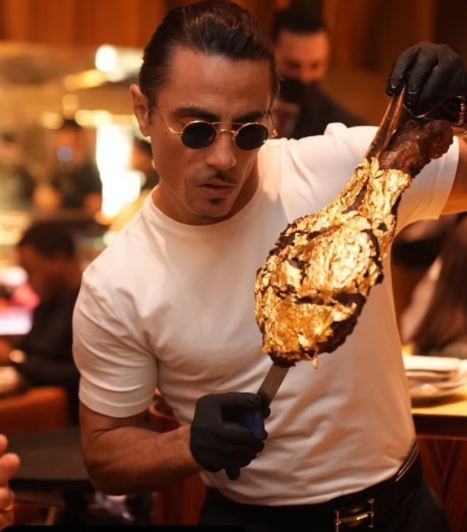