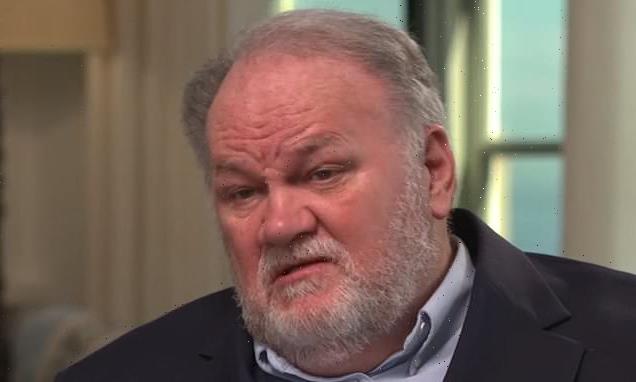 How dad’s loving texts call Meghan’s claims into question: Thomas Markle told his daughter he was excited to walk her down the aisle, court hears

Thomas Markle texted his daughter to say how excited he was to walk her down the aisle, the court heard – yet her friends told People magazine he had given her the ‘cold shoulder’ before the royal wedding.

Mr Markle had in fact apologised to Meghan and Harry when his heart problems meant he couldn’t come to Windsor on doctor’s orders.

Peppering his affectionate messages with ‘love you’, he later pledged that even though he had suffered a heart attack, ‘if you really need me I will come’. 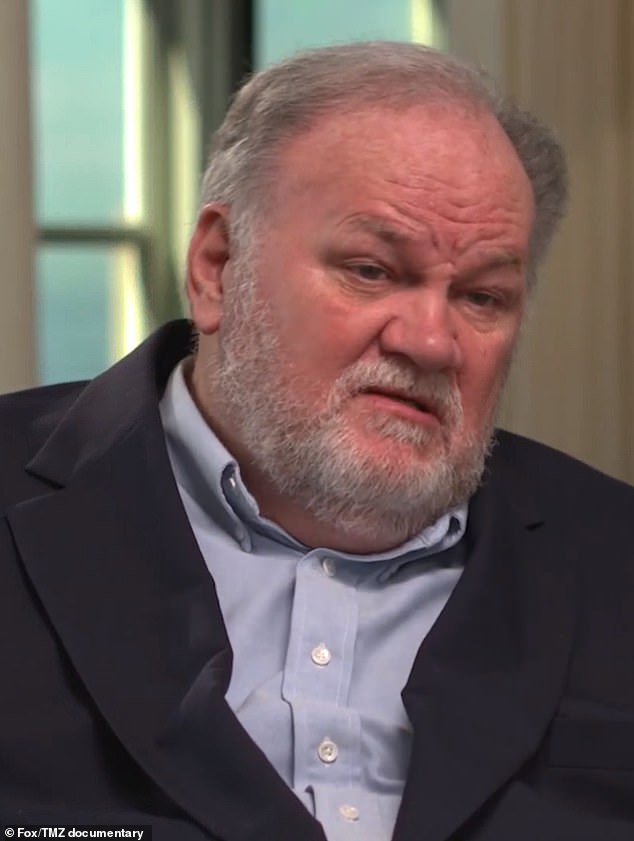 In a text from May 11, eight days before the wedding, Thomas Markle told his daughter: ‘I’m getting excited, it’s all so close now, I can’t wait to walk you down the aisle’

The text messages were read out yesterday as the Mail on Sunday argued Mr Markle had been entitled to correct a People magazine article which gave the impression he ‘had heartlessly ignored his daughter’ in the days leading up to her wedding in 2018.

He said the duchess – in her handwritten letter – and People magazine had made ‘allegations of [Mr Markle] cruelly cold-shouldering’ her in the pre-wedding period, which were ‘demonstrably false or misleading in the light of the text messages’.

Meghan’s friends had claimed she had been ‘calling and texting’ her father without response.

The truth, said Mr Caldecott, was that ‘there are many texts from Mr Markle… they are all affectionate and were abundant in the run-up to the wedding’.

In one from May 11, eight days before the wedding, Mr Markle told his daughter: ‘I’m getting excited, it’s all so close now, I can’t wait to walk you down the aisle.’

When he was hospitalised in the week before the wedding, he wrote: ‘Sorry about this. Love you guys.’

On May 16, he wrote to his daughter: ‘Surgery went OK. Heart attack did some damage. But the doctor won’t allow me to fly so of course I’m sorry I can’t come. Love you and wish you the best of everything.’

The next day he sent a message asking: ‘Who will give you away? I will come if you really need me. I’m sorry about this.’ 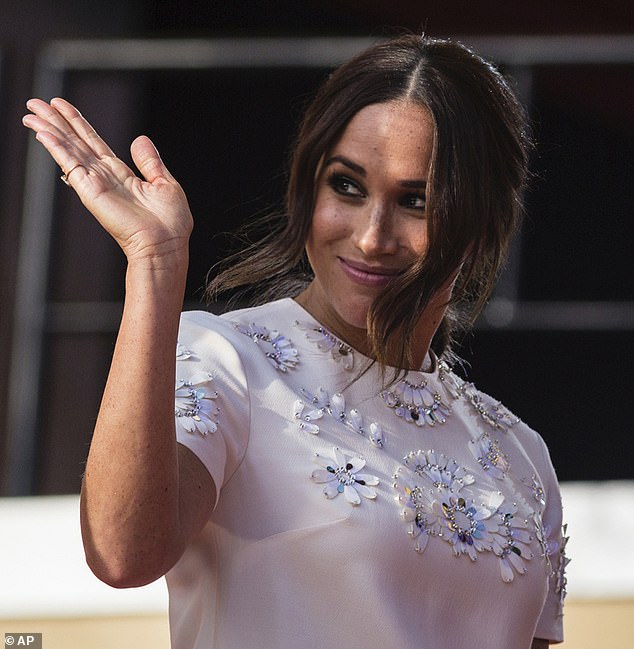 Prince Harry then sent a ‘very strong’ text, not read out in court, that ‘upset’ Mr Markle ‘who was alone in hospital having just had a heart procedure’, Mr Caldecott said.

‘The texts in which he tells his daughter he’s unwell, and all the affectionate texts from him up to the wedding, are all ignored in the judge’s summary [which handed victory to Meghan in the privacy case in February].

‘They are critical to understanding why Mr Markle felt the suggestion he had been ignoring his daughter and not told her why he couldn’t come to the wedding is central to the story.’

The QC said February’s ruling had been ‘one-sided’ as a result, adding: ‘What [the judge] does not deal with is the very hurtful allegation that on the eve of his daughter’s wedding, he is simply ignoring her, and it doesn’t look as though he’s even told her himself he is unwell. And this is why the texts do matter.

‘The portrayal of the pre-wedding contact between father and daughter was… to Mr Markle’s discredit, because to cold-shoulder your own daughter in the run-up to her wedding is a pretty extreme thing to be accused of.’