Home » World News » Former Ukrainian Defence: Putin is ‘nervous and he cornered himself… 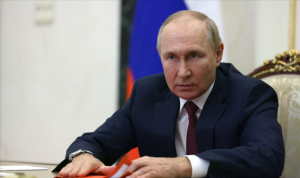 Putin is 'nervous' and 'cornered himself' says Andriy Zagorodnyuk

Former minister of defence for Ukraine, Andriy Zagorodnyuk explained how Putin was struggling to defend his positions on the battlefield. Mr Zagorodnyuk also claimed that Putin was nervous as he had cornered himself. The former Ukrainian minister went on to discuss how it would be difficult for Putin to explain to Russian citizens that he is losing occupied territory in Ukraine. Mr Zagorodnyuk claimed that they knew Putin would escalate the war by hitting critical infrastructure in Ukraine.

Mr Zagorodnyuk told Times Radio: “He cannot defend the positions, he sees that as we keep on with counteroffensive on the whole multitude of the directions, of what, more than 1000 kilometre of the frontline.

“And of course, he is nervous and he cornered himself with those annexations, which he did just last week.

“By stating that the now occupied territories are Russia, obviously nobody recognised that.

“But it would be very difficult for him to explain to Russian citizens how suddenly he starts losing the Russian territory.

“So, of course, he was preparing for some sort of escalation, and we knew that he would be hitting the critical infrastructure. 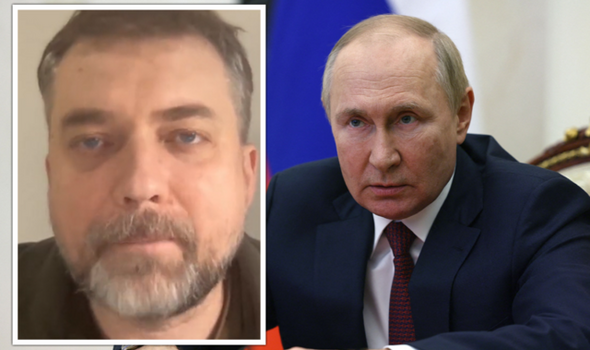 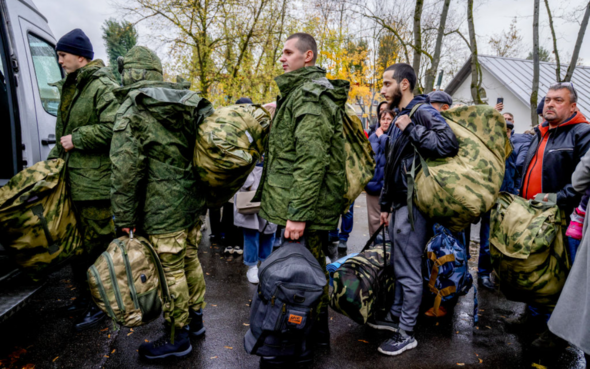 Mr Zagorodnyuk added”And we knew that his… Also sometimes decisions are to hit civilian infrastructure.

“So, yeah, so we knew it’s coming… We obviously couldn’t predict that it would come like today.

“But we thought more about the more colder weather, and we believed that he would be hitting infrastructure, particularly energy infrastructure more until he can.

“So for us, it’s just one solution, we just need to win the war, we need to keep pushing and get him out of the territory of our land and that’s it.”

READMORE:Spy chief warns that China’s control of cyber technology ‘poses a threat to us all’

Russia: Ingram details the makeup of soldiers heading to Ukraine

Putin had been predicted to escalate the war by other experts and former military personnel who have been uttering similar sentiments as Mr Zagorodnyuk.

Putin has been trying to bolster his Russian army with conscripts, and up to 300,000 men have been called into action.

Russian prisoners have already been enlisted to fight the war in Ukraine, under the pretences that if they do six months of warfare they will be set free, leaked video reports have shown.

Former British Army and NATO officer, Ed Arnold discussed reports of 15,000 Russian soldiers who are stuck on the Western side of the river and may possibly surrender. 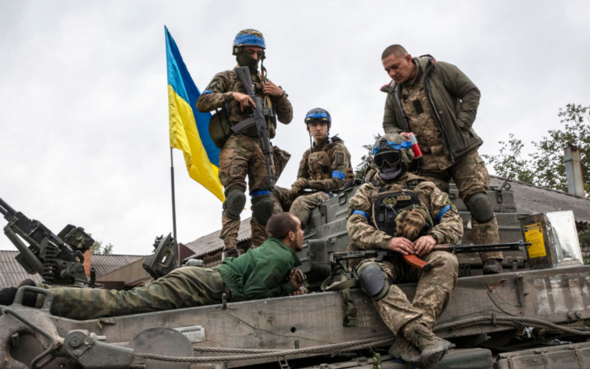 Mr Arnold told Sky News: “The issue that the Russians have is that when militaries have to withdraw under this type of pressure, they need good commanders to rally, which they do not have.

“And also the ground has no natural barriers to reset their front lines as it were.

“So, Ukraine is really trying to push and there are no good options for the Russians. They can either collapse back to Kherson and use the safety that the city will provide.

“But, ultimately, they need to move to the east of the river – I mean, it is roughly 15,000 Russian soldiers that are on the western side – and that is going to be a real issue. It is likely that they are going to be forced into a surrender to the Ukrainian Armed Forces.”