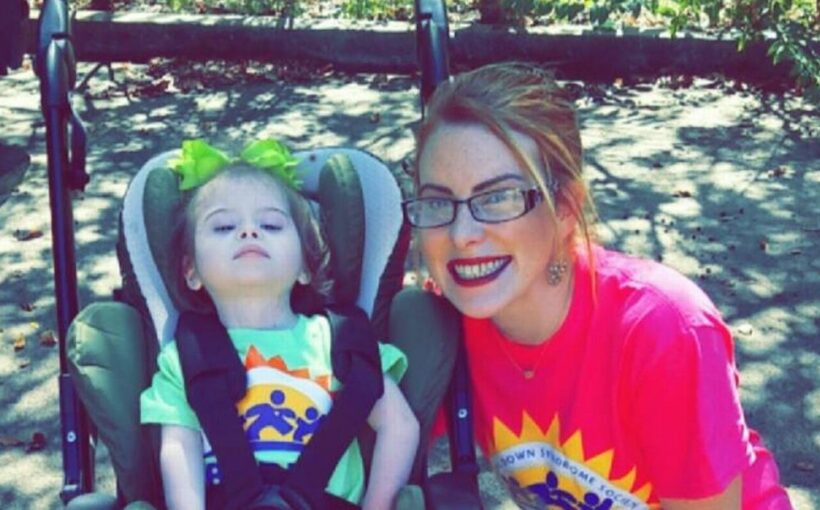 An evil mum who ditched her severely disabled young daughter at home so she could go out dancing at a nightclub has been sent to prison for life.

Heartless Lauren Kay Dean abandoned her seven-year-old Jordynn Barrera so she could go clubbing, despite the bedridden kid being severely ill and on a feeding tube.

The horrifying incident sent shockwaves through the community in Texas after Dean’s decision to go to Shade's Bar proved fatal for her tragic daughter.

Cops were responding to a complaint that Dean had left Jordynn, along with her two other kids, at home to go out partying on January 30, 2020.

Bay City police later responded to the welfare check at the family's apartment in the 2200 block of Bordeaux.

Investigators said Dean invited an officer into the apartment to show that the children were fine – before the stunned cop found Jordynn already deceased.

Two other children, aged three months and five years at the time, were also found in the home.

Jordynn was non-communicative and diagnosed with Down syndrome and cerebral palsy.

Investigators said Jordynn was also on a feeding tube with prosecutors arguing she died as Dean left her home to go and party.

According to court records, Lauren Kay Dean pleaded guilty to the murder of Jordynn Barrera and was sentenced to life in prison.

The sickened judge then slapped another 20 years on top of her life sentence for the two counts of abandonment endangering a child.

Dean pleaded guilty to avoid trial and the possibility of the death penalty, reports claim.