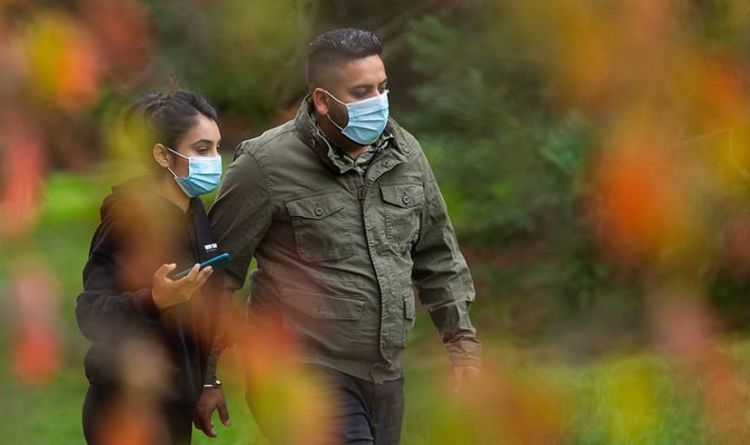 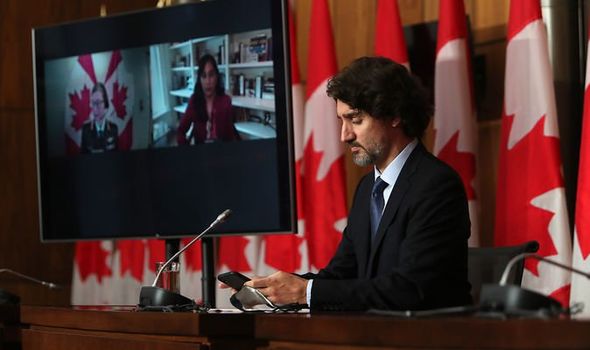 It also said it was planning on tracking the population’s movements for roughly the next five years. The admission raises worries of governments using the emergency situation coronavirus created to instigate mass spying.

One expert believes the pandemic had now “upstaged” 9/11 in terms of being used as an excuse for state surveillance.

Last week, the Public Health Agency of Canada (PHAC) revealed that it had accessed the location data.

There are 38 million people living in Canada – which would mean nearly 87 percent of the population was tracked, assuming each device tracked corresponds to one individual.

A spokesperson for the agency told Canadian newspaper The National: “Due to the urgency of the pandemic, [PHAC] collected and used mobility data, such as cell-tower location data, throughout the COVID-19 response.”

They added that the agency used the data to evaluate the effectiveness of public lockdown measures against actual behavioural trends.

The spokesperson said that the data had allowed PHAC to “understand possible links between movement of populations within Canada and spread of COVID-19.”

They noted that the contract awarded for the “de-identified and aggregated data” expired in October. As such, PHAC no longer has access to the data.

However, the agency is planning on tracking population movement for approximately the next five years, it said, to address other public health issues.

These include “other infectious diseases, chronic disease prevention and mental health”, the spokesperson said.

While the agency sought to play down the surveillance move, experts and campaigners in Canada raised concerns.

David Lyon, author of Pandemic Surveillance and former director of the Surveillance Studies Centre at Queen’s University, warned The National: “I think that the Canadian public will find out about many other such unauthorized surveillance initiatives before the pandemic is over – and afterwards.”

He added: “The pandemic has created opportunities for a massive surveillance surge on many levels – not only for public health, but also for monitoring those working, shopping and learning from home.

“Evidence is coming in from many sources, from countries around the world, that what was seen as a huge surveillance surge – post 9/11 – is now completely upstaged by pandemic surveillance.”

Professor Lyon warned that PHAC “uses the same kinds of ‘reassuring’ language as national security agencies use, for instance not mentioning possibilities for re-identifying data that has been ‘de-identified’.”

He said: “In principle, of course, cell data can be used for tracking.”

Meanwhile, Martin French, an associate professor at Concordia University whose work focuses on surveillance, pointed out that such tools could be used to single out particular demographics.

He said: “There are populations that could experience an intensification of tracking that could have harmful (rather than beneficial) repercussions.”

The PHAC spokesperson said that findings from the programme had been “regularly shared with provinces and territories” to inform public health planning.

With regards to the new surveillance programme being planned for the future, the spokesperson stressed that PHAC’s privacy management division “determined that since no personal information is being acquired through this contract, there are no concerns under the Privacy Act.”

The Office of the Privacy Commissioner told The National it is “following up with PHAC to obtain more information about the proposed initiative”.

Canada is not the first country to use mobile data to track the population in the pandemic.

At the outset of the pandemic, Israel had used mobile location data to enforce quarantine controls, before halting it citing privacy concerns.

It attempted a similar move with the emergence of Omicron, before halting that as well at the start of December over privacy issues.

In the UK, the NHS app does not use or send a mobile device’s location for contact tracing.

Instead, according to the NHS, it only records the device’s distance from other phones that also have the app installed – information which is held locally on the device.

It stresses: “The NHS and the Government will not have access to any of this data. They cannot use the app to track your location, for law enforcement, or to monitor self-isolation and social distancing.”

PHAC was contacted to confirm the number of devices tracked.