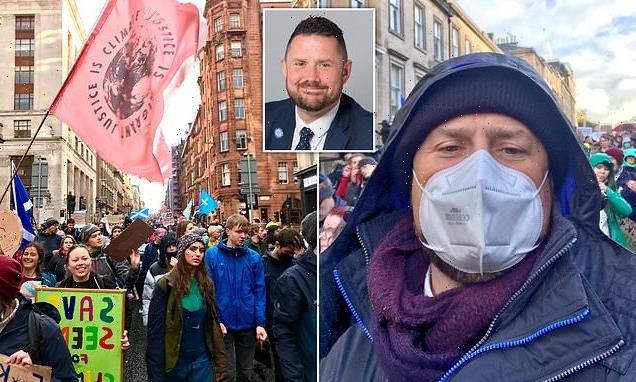 A Green council leader has apologised for a ‘major failure of judgement’ after flying from Brighton to COP26 – hours after criticising the government over climate change.

Councillor Phelim Mac Cafferty, the leader of Brighton and Hove City Council’s Green group said he took the one hour and 20 minute jet because he was worried about trains being delayed.

After completing his  460-mile journey, Cllr Mac Cafferty made a speech on cutting carbon emissions and appeared at a protest march, led by Greta Thunberg, calling for world leaders to stop temperatures rising.

Cllr Mac Cafferty, leader of the Green Party which controls the council, unreservedly apologised, saying he had been worried his train might be cancelled.

He said: ‘In the Friday evening just gone, I took a flight from London to Glasgow to attend COP26 where I had been invited to represent the city at a presentation of the Glasgow Declaration on Saturday morning.

‘This decision to fly was a major failure of my judgement which goes against my political group’s pledges and principles and I unreservedly apologise.’ 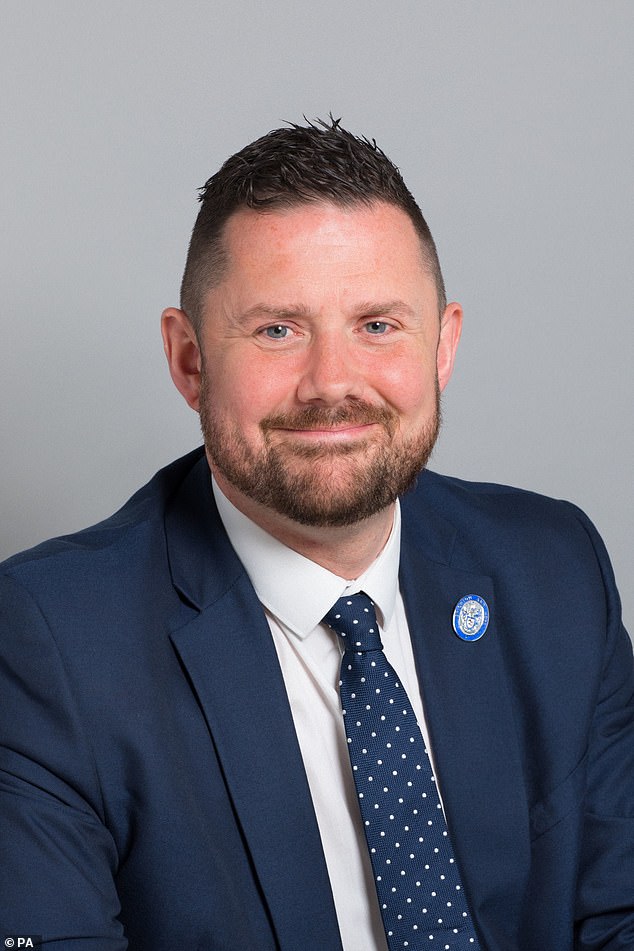 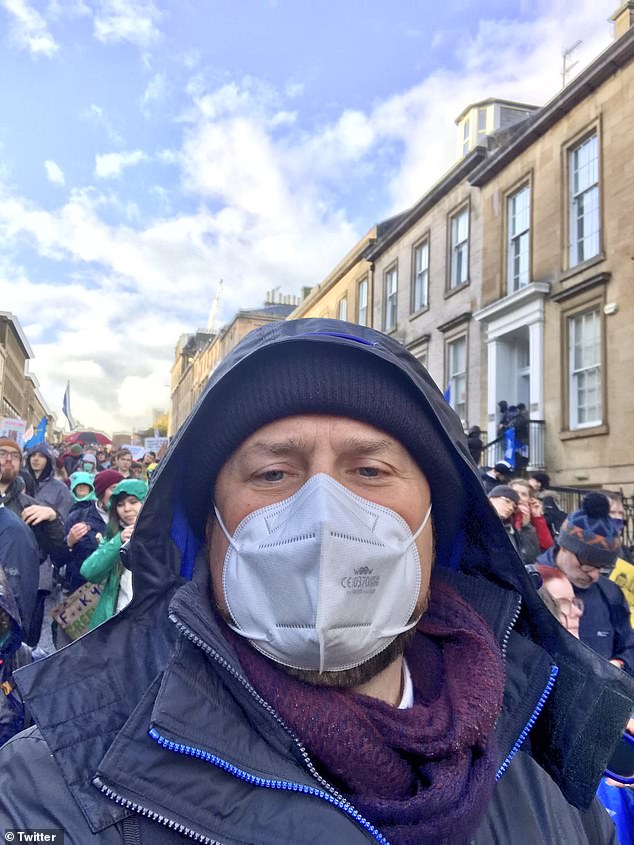 He then appeared at a protest march, led by Greta Thunberg, during his visit to Scotland

She added: ‘Well I think it is absolutely disgusting.

‘He stands there preaching and bleaching and saying what we should do but he doesn’t follow the rules. It is very hypocritical of him.

‘I would like to see the Greens step down as a party.’

The blunder comes just days after Cllr Mac Cafferty claimed Brighton and Hove was leading the way on climate and social action.

Cllr Mac Cafferty said he had been concerned about the reliability of the rail network which left people struggling to get to COP26.

At the end of last month, operators from the east and west coast mainlines advised against people travelling from London to Glasgow amid stormy weather across the UK. 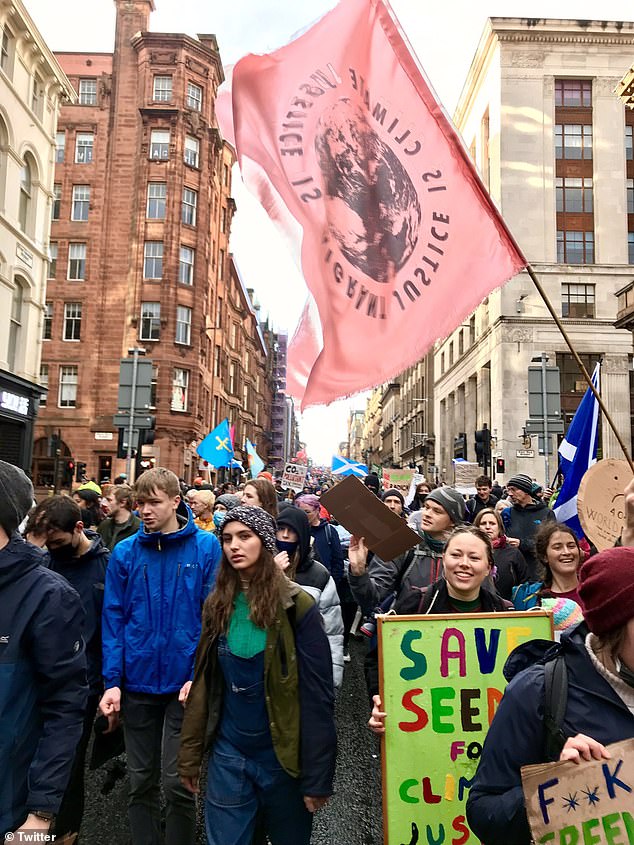 Cllr Mac Cafferty added: ‘I reluctantly took this very difficult decision because I was concerned about the unreliability of the rail network following the well-publicised difficulties experienced by many people wanting to travel by train to Glasgow the week before, when trains were cancelled.

‘I was concerned that this would happen again and I felt it was important not to miss the opportunity to attend the important presentation on behalf of the city, lobby world leaders and share with others the innovative work taking place in Brighton and Hove.

‘I paid for my own transport and all associated costs. I am not getting paid for any of the speeches I am making or meetings I am attending and I am otherwise working from Glasgow.

‘Transport contributes a large portion of carbon emissions, all significant journeys we make have an effect on our climate. I will be offsetting the carbon cost of my journey.

‘I will be taking my return journey on train. Again, I apologise unreservedly.’

Cllr Mac Cafferty has been leader of the city’s ruling administration since July 2020.

On Saturday, Cllr Mac Cafferty spoke at a presentation of the Glasgow Food and Climate Declaration – which was officially presented by 100 local governments including Brighton and Hove City Council.

During the event, he talked about the importance of capping carbon emissions from food and farming.

Cllr Mac Cafferty also took to the streets alongside thousands of protesters demanding stronger climate action from leaders at the COP26 talks.

Protesters braved pouring rain and wind to march through Glasgow, with Cllr Mac Cafferty sharing photographs on Twitter from the demonstration.

Green MP Caroline Lucas confirmed she had travelled to Glasgow by train.