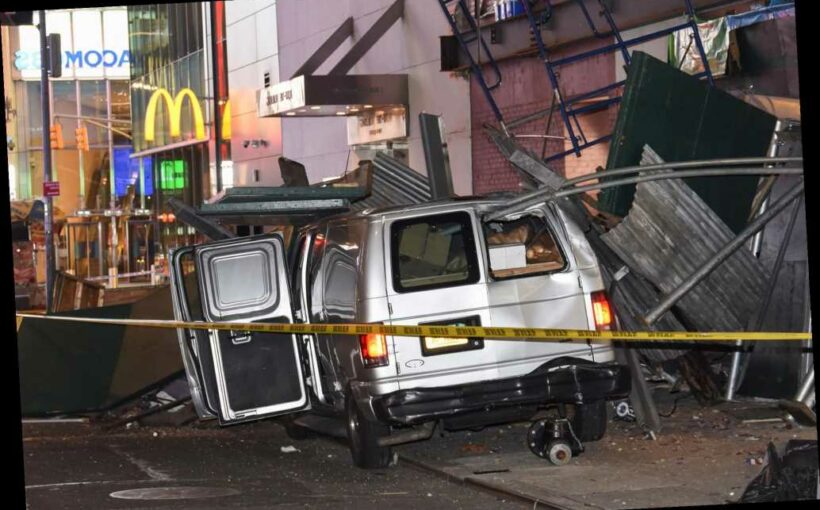 1-year-old boy shot by Houston cop is ‘fighting for his life’: mother

Man carjacks teen just 20 minutes after being released from prison

Teen dragged to death was trapped behind family’s stolen SUV

At least three people were hurt when an apparently homeless man stole a Queens bakery van idling outside a Midtown McDonald’s, then crashed it into nearby scaffolding Saturday, police said.

A 15-year-old boy was sitting in the passenger seat of the van when the shirtless wild man took it, cops said.

The drama unfolded at about 5:30 a.m. when a man, 30, darted into the McDonald’s on West 45th Street and Broadway, according to witnesses.

“He ran into McDonalds. He told them somebody was shooting at him. They chase(d) him out,” an eyewitness said.

As security brought the man to the curb, a silver Gian Piero Bakery van had pulled up in front of the fast food joint.

When the driver exited the idling van, the unhinged, partially unclothed man jumped inside and floored it.

The driver grabbed the vehicle’s door in a bid to reclaim the van, to no avail, the witness said.

“The guy jumped right (at) him. He was driving on the sidewalk,” striking the driver and one other person, the witness said. The van crashed into scaffolding about a block and a half away.

The delivery driver was left with two broken legs and a broken hand, his boss, Gian Piero owner Michael DellaPolla, told The Post. 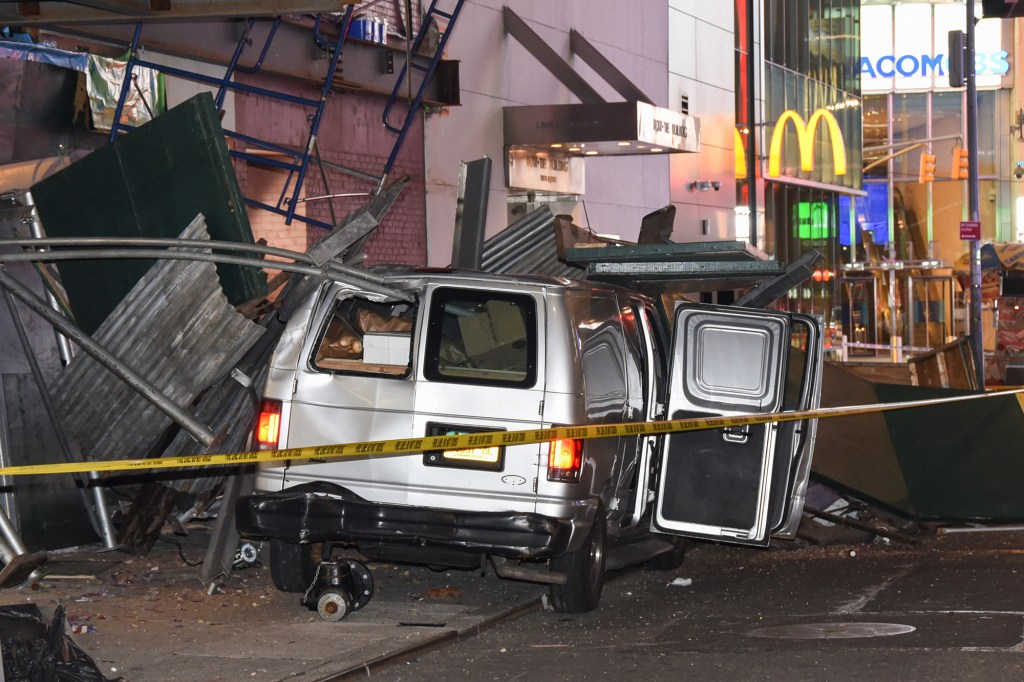 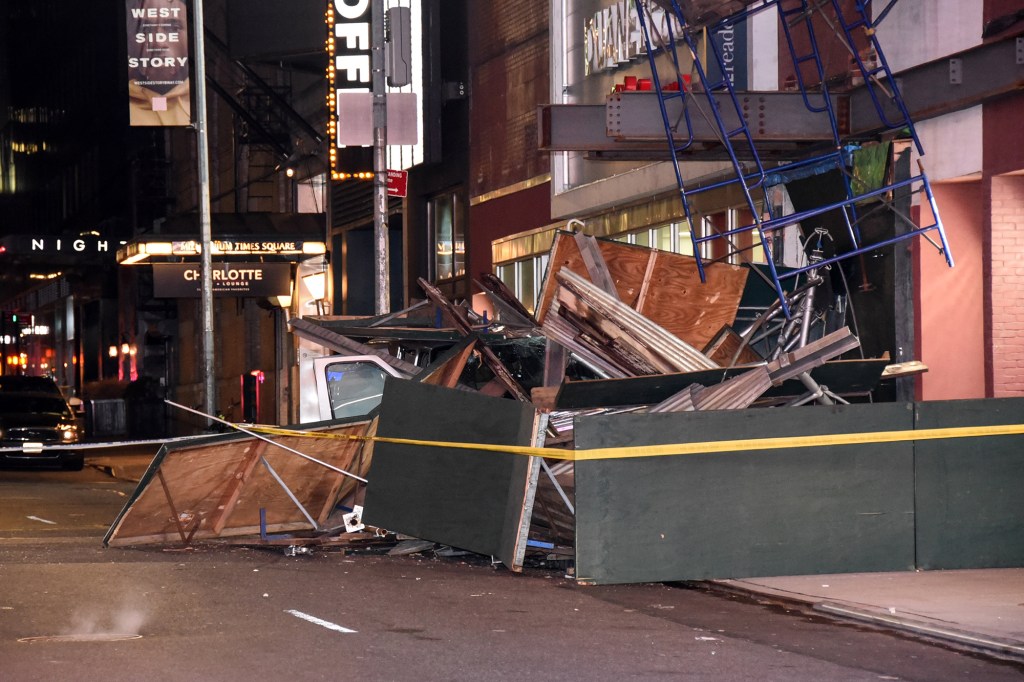 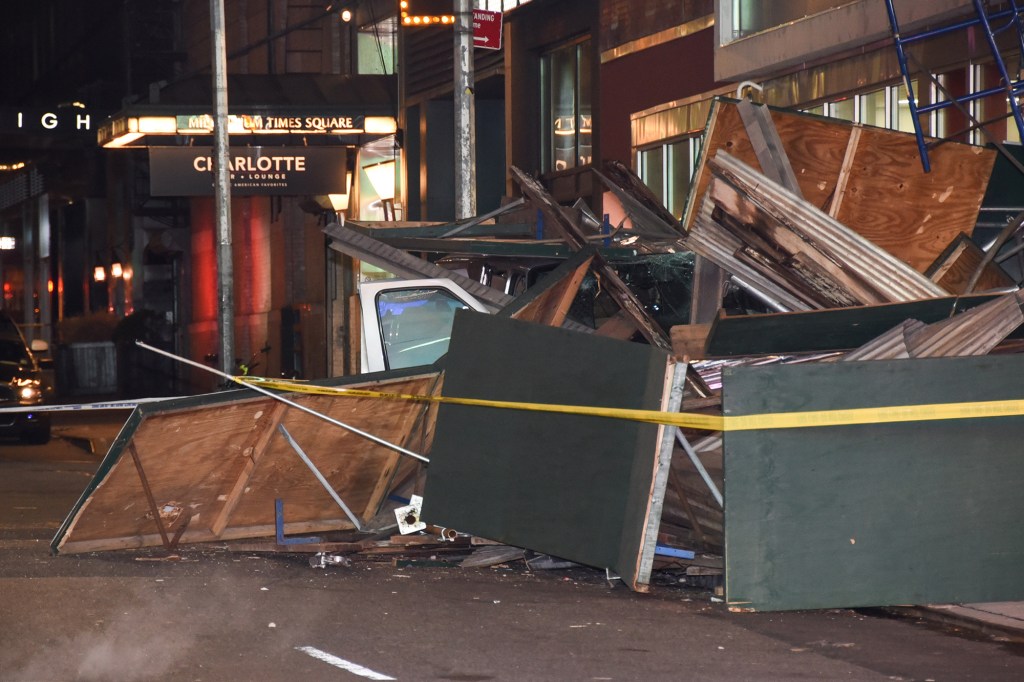