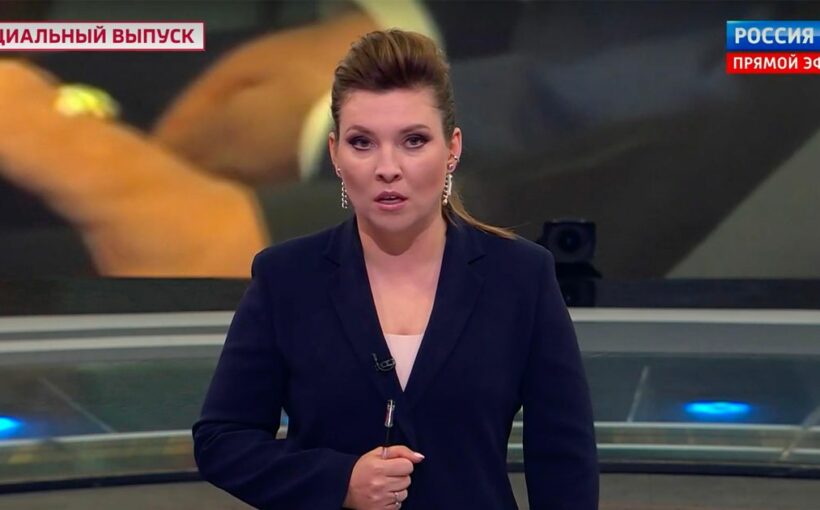 A Russian state media commentator known as the ‘Iron doll of Putin TV’ has appeared to criticise Russia’s military performance in Ukraine.

Olga Skabeyeva, 37, was speaking on Russian state media TV when she was part of an interview with Andrei Marochko of the Luhansk "people's militia".

Skabeyeva earned her name due to her strong views against Putin’s critics, and so it comes as quite a surprise to hear her questioning Russia’s military performance.

“We are not military people, so just explain to us,” she said.

“This isn’t at all criticism – So just explain so that we understand.

“Why do we advance metre by metre when they advance village by village?”

She continued: “Why are things going better for them now?

“What’s it linked to and when will the situation change?”

The military man at the end of the phone deflected blame and claimed that NATO was in fact the reason Russia and its affiliated forces were struggling.

“At the moment their resources are superior to ours.

“Naturally that gives them very large benefits and their chances of success are much higher than ours.”

The conversation, shared on Twitter by Francis Sarr, is a striking admission of both members of Russian-affiliated fighting forces and state media that the war in Ukraine is not doing well and are on the back foot.

It comes as Russia continues to be pushed back in a huge Ukrainian counter-offensive, which is understood to have seen the defenders make ground in the East and South of the country.