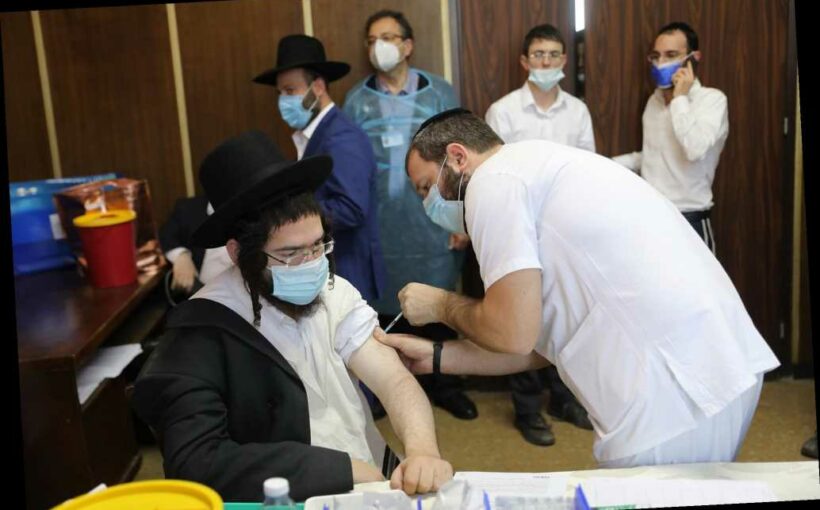 Little sister finds body of boy, 12, who hanged himself amid depression battle

Here’s when COVID vaccines will be available to everyone, according to Dr. Fauci

Israel’s rapid rollout of the Pfizer vaccine has become the gold standard in inoculation strategies – with more than half of eligible people in the Jewish state now fully or partially vaccinated, according to a report.

Older and at-risk groups, the first to be vaccinated, are now seeing a dramatic drop in infections, according to Reuters.

The country reported a 53 percent drop in new cases and a 39 percent decline in hospitalizations among these groups from mid-January until Feb. 6, Eran Segal of the Weizmann Institute of Science in Rehovot told the news outlet.

There was also a 31 percent reduction in severe cases, Segal added.

In the same period, new cases among people under age 60 — who became eligible for jabs later — dropped 20 percent, according to Reuters.

However, hospitalizations and severe cases rose 15 percent and 29 percent, respectively.

For its report, Reuters said it interviewed leading scientists in Israel and abroad, Israeli health officials, hospital chiefs and two of the country’s largest healthcare providers.

The country’s vaccination program has provided a database offering insights into how effective the shots are outside of clinical trials, and at what point countries might achieve herd immunity.

Teams are now analyzing vaccine effectiveness in younger groups of Israelis, as well as people with diabetes, cancer and pregnant women — representing a patient base at least 10 times larger than those in clinical studies.

“We need to have enough variety of people in that subgroup and enough follow-up time so you can make the right conclusions, and we are getting to that point,” Ran Balicer, chief innovation officer of HMO Clalit, told Reuters.

Israel is providing Pfizer with a unique opportunity to study the real-world impact of the jab developed with Germany’s BioNTech, though the company said it remained “difficult to forecast the precise time when herd protection may start to manifest.”

That is because there are multiple variables at play, including social distancing measures and the number of new infections generated from each case, known as the reproduction rate.

Despite its success with the vaccination program, Israel has lowered expectations of emerging quickly from the pandemic due to mounting cases, which a third national lockdown has struggled to contain amid the rapidly spreading UK variant of the bug.

On a positive note, however, the Pfizer/BioNTech shot appears to be effective against the more contagious strain, which makes up about 80 percent of news cases.

“It is still early though, because we have only now finished the first week after the second dose,” he said, adding: “It’s too early to say anything about the South African variant.”

Israel began its vaccination program on Dec. 19 after paying a premium for supplies of the Pfizer/BioNTech shots quickly.

The country began vaccinating people over 60 and gradually opened the program to the rest of the population as it digitally tracked each step of the process — down to in which arm the patient was jabbed and what vial it came from.

One week after receiving the second dose, 254 out of 416,900 people were infected, according to leasing healthcare provider Maccabi.

Comparing this against an unvaccinated group revealed an efficacy of 91 percent, according to Maccabi, and 22 days after full vaccination, no infections were recorded.