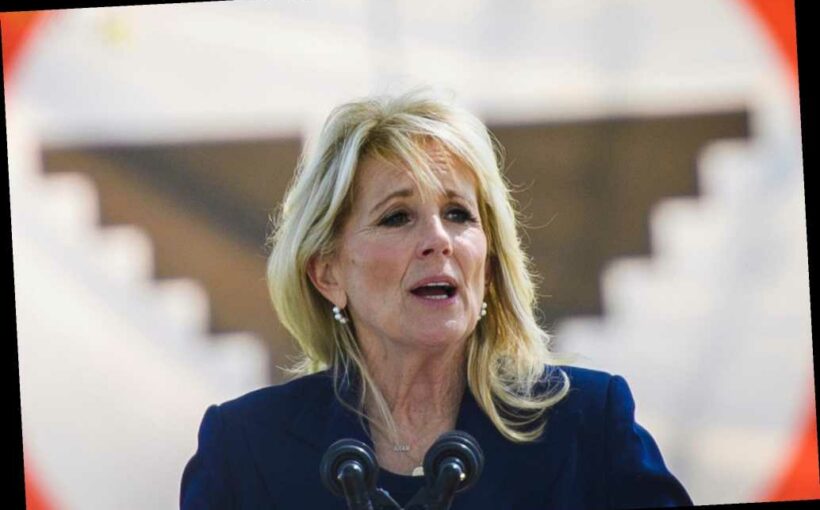 In the dog house: Biden pooches banished from WH over ‘ruff’ behavior

First Lady Jill Biden took a page out of her husband’s book and offered the internet a gaffe of her own this week, completely botching the pronunciation of the Spanish phrase “sí se puede.”

The flub occurred Wednesday, when the first lady appeared at an event for farmworkers in Delano, Calif., alongside embattled Gov. Gavin Newsom to celebrate César Chávez Day, which honors the late Latin American civil rights activist.

While delivering remarks to the socially distanced crowd, Biden first noted that Chávez “understood that no matter the obstacles, when people come together united in a cause, anything is possible.

“Yes we can. Sí se puede,” she continued.

Later on while closing her speech, Biden said enthusiastically, “So say it with me, ‘Sí se pwaud-way,’ the future is ours. Thank you.”

She then waved as she walked away from the microphone, being met with light applause as she and Newsom began to depart the stage.

“Sí se puede,” which roughly translates to “yes we can,” was popularized by Chávez and his United Farm Workers, which used the phrase as a motto in the 1970s.

At the event, Biden thanked those in the audience for their work during the pandemic and said she came to visit the site to show support for them.

“Without the farmworkers who kept harvesting our food, or the factory workers who packaged it, or the grocery store clerks who stocked our shelves, hey, we wouldn’t have made it trough this year,” she noted during her speech.

Speaking to a group of female farm workers, Biden touted her and her husband’s union loyalties, noting, “He is a union person. I am a member of the teachers union.

“We are a union couple.”