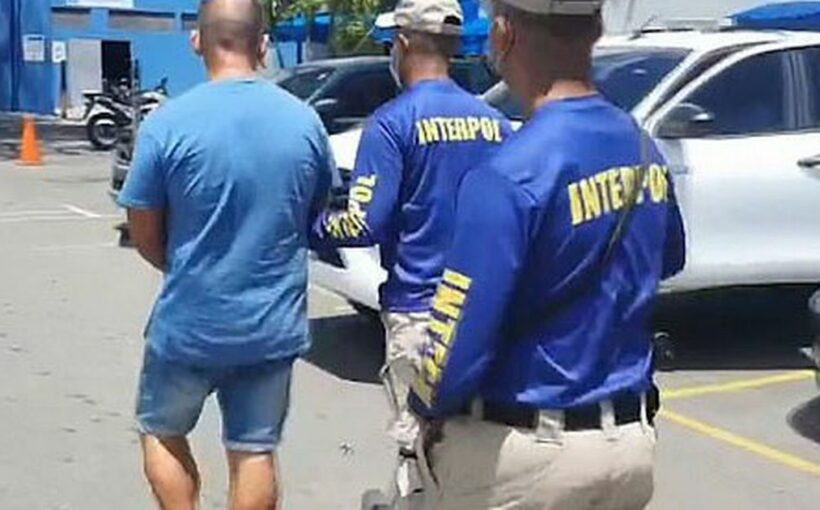 A Mafia fugitive was caught after being spotted on an Italian cooking YouTube show.

He was extradited to Italy on Monday having lived the quiet life in an Italian ex-pat community in the Dominican Republic.

Biart had been on the run since 2014 as a member of the Cacciola clan of the 'Ndrangheta mafia which controls most of the cocaine entering Europe.

Police said he was considered a "foreigner" within the local Italian ex-pat community in Boca Chica, the Mail Online reports.

But detectives spotted him in a YouTube channel where he showed off his Italian cooking skills with his wife.

The videos never showed his face, but the tattoos on his body gave him away, police said.

Italian prosecutors in 2014 ordered his arrest for trafficking in cocaine in the Netherlands on behalf of his mafia clan.

He was returned to Milan on Monday after being seized as part of Operation Mauser to crack down on the gang's global drug trafficking ring.

Detectives from Interpol helped scour social media sites for any trace of Biart before they found him on YouTube.

The 'Ndrangheta is based in Calabria, the region that forms the tip of Italy's boot.

The 'Ndrangheta derives its meaning from the Greek word for heroism.

Police in December 2019 arrested 334 people, including a police colonel and a former MP from Silvio Berlusconi's party, in a swoop of the mafia clan's heartlands.

The notoriously ruthless gangsters are believed to be the principal importers and wholesalers of cocaine produced in Latin America and smuggled into Europe via north Africa and southern Italy. This trade is worth billions and previous police operations have indicated that the 'Ndrangheta has well-established links with Colombian producer cartels, Mexican crime gangs and mafia families in New York and other parts of North America.

In 2015, 163 people were arrested in a major crackdown on the notorious mafia gang, which by that time had become the most powerful crime organisation in the country.

That same year, police snatched assets worth £1.4billion from the 'Ndrangheta, which included more than 1,500 betting shops, 82 online gambling sites and almost 60 companies.

In 2016, one of Italy's most wanted mafia bosses Ernesto Fazzalari was arrested after two decades on the run, fleeing a life sentence for murder.

The 'Ndrangheta member was captured in an apartment in a remote part of the southern region of Calabria.

On the run since 1996, he was convicted in absentia in 1999 of mafia association, kidnapping, illegal possession of weapons and a double homicide linked to a bloody 1989-91 feud which left 32 people dead in his home town of Taurianova.