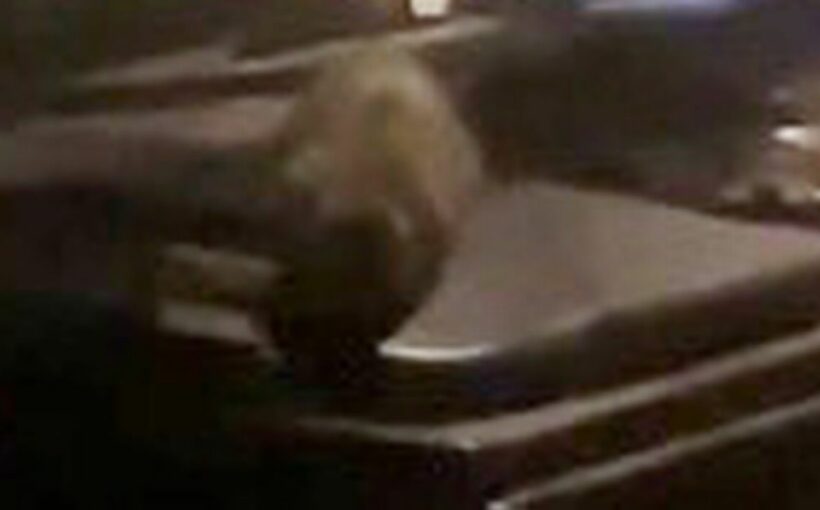 A super rat people reckon is the "size of a cat" was hanging out on top of a woman's bin, as seen in a grim video.

The woman, who lives in Merseyside, said she was "terrified" of the chunky rat and it has made her worried about putting her rubbish out.

In the clip, the giant rodent is crawling on the bin lid and appears to be looking for food and trying to see if it can get inside.

She zooms in as it scurries from a brown bin over to a black bin, trailing its worm-like tail over the lids.

The rat seems to know people's bins are sometimes found slightly ajar and carefully investigates where it opens, but is unable to get inside.

Horrified by the sight of the vermin, the woman recording it uploaded the clip to a Facebook group for Page Moss in Knowsley.

She said there were four other rats scuttling around before she started recording and viewers were shocked.

One woman admitted she'd be "hysterical" if she saw a rat that size and someone else replied: "Omg that’s huge. It’s as big as a cat".

A third user wrote: "Oh my god that's huge. I know they've been at mine too, because there are all bite marks around the edges. If it's dark I don't go to my mine now".

Speaking to the Liverpool ECHO, the woman who posted the video said: "The estate is overrun with them, everyone’s bin has been destroyed where they have eaten through them.

"People's dogs are sick and they are making their way into people's homes. It is like the plague and no one is doing anything about it."

A spokesperson for Knowsley Council said: "We have identified some areas of land in the area where waste has been allowed to accumulate by the relevant landowners so we are working with the landowners to clear those sites.

"We are also working with registered social landlords in the area to ensure that properties with overgrown gardens and excess rubbish are also cleared to avoid any risk of pests.

"Our Environmental Health team has also conducted letter drops in the area, proactively reminding residents how to reduce the risk of rats infesting gardens and properties."

Knowsley Council said sewer baiting was carried out in 2020 and would also take place in the coming months.