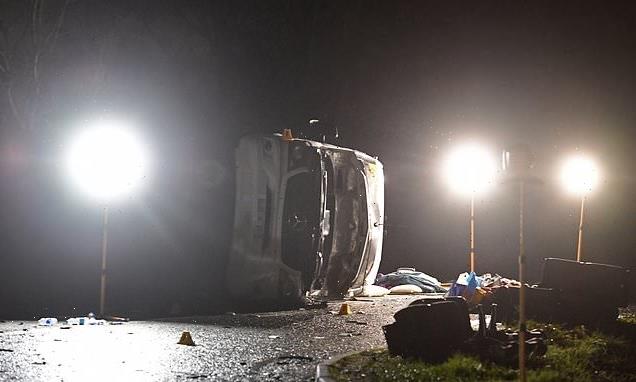 Minibus driver, 44, who crashed as he took 18 pensioners home from a Christmas market is found guilty of causing the death of three of his elderly passengers

A minibus driver who crashed while taking 18 pensioners home from a Christmas market, killing three of his passengers, has been found guilty of causing their deaths by dangerous driving.

Bogdan Ksiazek, 44, drove into the path of a Volkswagen Golf at a crossroads near Bluntisham in Cambridgeshire where he should have given way, a trial at Cambridge Crown Court was told.

He was driving passengers home to the Midlands following a day trip to a Christmas market at Ely Cathedral on November 14, 2019, when the fatal crash happened.

Robert Forrest, prosecuting, said that the defendant was navigating by using the Google Maps app on his phone, which was held in a cradle in the minibus.

His original route was along the A14 but ‘he was rerouted by Google Maps because of some problems on the A14’, Mr Forrest said. 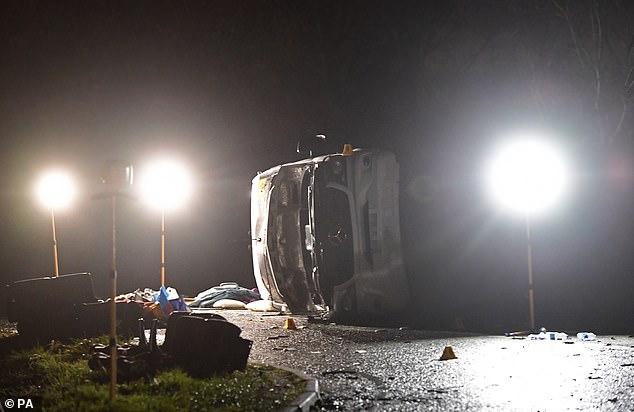 Bogdan Ksiazek has been found guilty of causing the deaths of three of his passengers after he failed to give way at a junction and crashed into a car, leaving the minibus on its side (pictured) 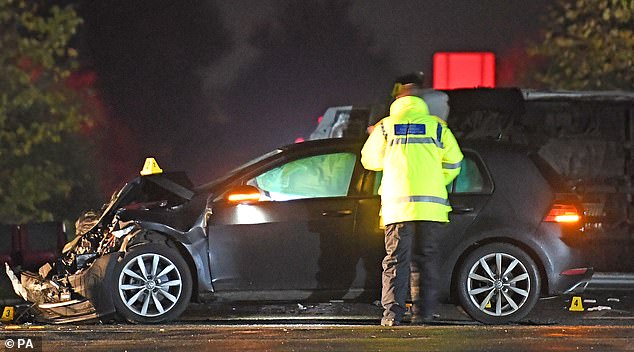 ‘He was directed along some roads unfamiliar to him to the Midlands.’

He said that Ksiazek, of Towcester, Northamptonshire, failed to stop at a give way sign at a crossroads near Bluntisham in Cambridgeshire, where Bluntisham Heath Road meets the B1040 Somersham Road.

The 18 passengers on the minibus were all retired and aged in their 70s and 80s, Mr Forrest said, and three of them died: Margaret Henwood, 85, and 86-year-old Barbara McGruer, both of Bedford, and 72-year-old Richard Kenworthy of Kettering.

A jury at Cambridge Crown Court on Friday found Ksiazek guilty of three counts of causing death by dangerous driving, by majority verdicts of 10 jurors to two.

He was also found guilty of eight counts of causing serious injury by dangerous driving, also by majority verdicts of 10 to two. 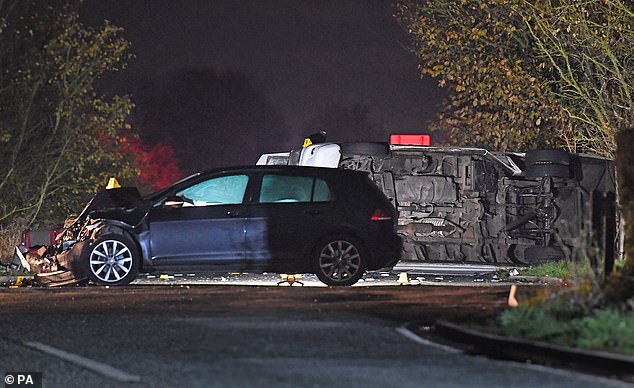 Pictured: a damaged car and the overturned minibus following the crash in Cambridgeshire

The defendant had admitted three counts of causing death by careless driving.

He bailed the defendant until Wednesday when he will be sentenced.

The eight people who suffered serious injuries were seven of the surviving minibus passengers, and the driver of the Volkswagen Golf that collided with the minibus.

Analysis of the tachograph from the minibus indicated that it crossed the junction at 29mph, having slowed from 47mph, and there was no stopping, Mr Forrest said.

Ksiazek was employed by a Northampton coach firm that was contracted to provide the day trip.

The crash happened just before 5pm, when it was dark but conditions were favourable and it was not raining, Mr Forrest said.