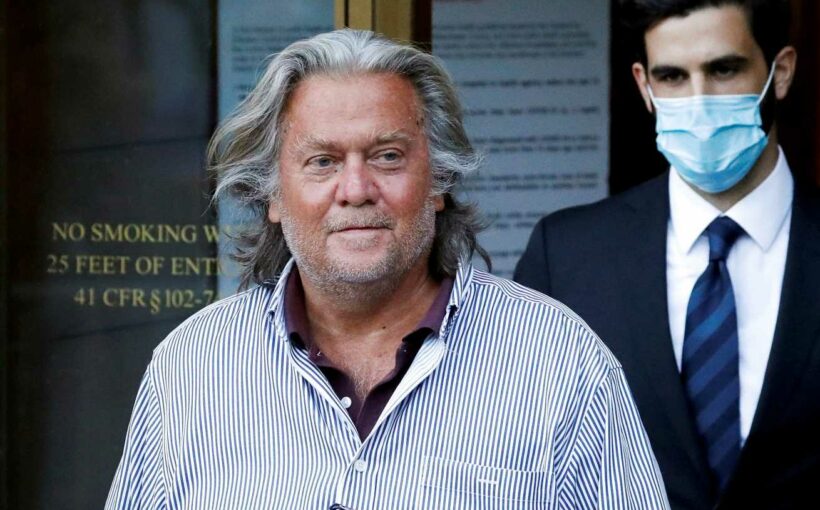 A federal grand jury indicted former Trump advisor Steve Bannon on Friday on charges of contempt of Congress that stemmed from his refusal to comply with a subpoena from House lawmakers investigating the deadly Capitol riot.

Bannon, 67, faces two counts of contempt of Congress for refusing to provide documents to the congressional investigators and refusing to sit for a deposition, the Department of Justice said in a press release.

A lawyer for Bannon told the House select committee in October that he would not comply with its subpoena because former President Donald Trump had instructed him not to produce any documents or testimony "concerning privileged material."

Bannon was a senior White House advisor during the first seven months of Trump's tenure. He was fired by Trump years before the 2020 presidential election and the Jan. 6 Capitol riot, which is the subject of the select committee's investigation.

Select committee Chairman Bennie Thompson, D-Miss., rejected the reference to executive privilege, the doctrine that allows some executive branch officials to keep some communications confidential, as an argument for noncompliance with a congressional subpoena.

The select committee shortly thereafter sent a contempt resolution to the full House of Representatives, which voted 229-209 to hold Bannon in contempt.

Each count of contempt of Congress is a misdemeanor punishable by up to one year in jail and a maximum fine of $100,000.

A date has not yet been set for Bannon to be arraigned in U.S. District Court for the District of Columbia.

"Since my first day in office, I have promised Justice Department employees that together we would show the American people by word and deed that the Department adheres to the rule of law, follows the facts and the law, and pursues equal justice under the law," Attorney General Merrick Garland said in the DOJ's press release.

Bannon is the first person to face charges resulting from the select committee probe of the Jan. 6 invasion, when hundreds of Trump's supporters stormed the Capitol following months of Trump falsely claiming the 2020 election had been stolen from him.

This is breaking news. Please check back for updates.