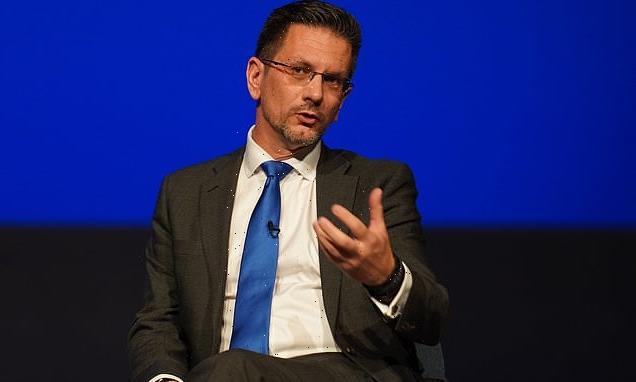 A senior minister used the Queen’s state funeral to apologise to Irish politicians about the way the UK handled Brexit, he revealed today.

Steve Baker told the Conservative Party Conference he said sorry to Dublin politicians for a lack of ‘respect’ during the years of talks, when they were in London last month.

Mr Baker, a Northern Ireland minister, is a hardline Leave supporter who resigned as Brexit minister in 2018 in protest at Theresa May’s Brexit deal.

He spent the rest of the protracted period before the UK quit the EU as a senior critic on the backbenches.

But speaking to the Birmingham conference today he said ‘relations with Ireland are not where they should be’. 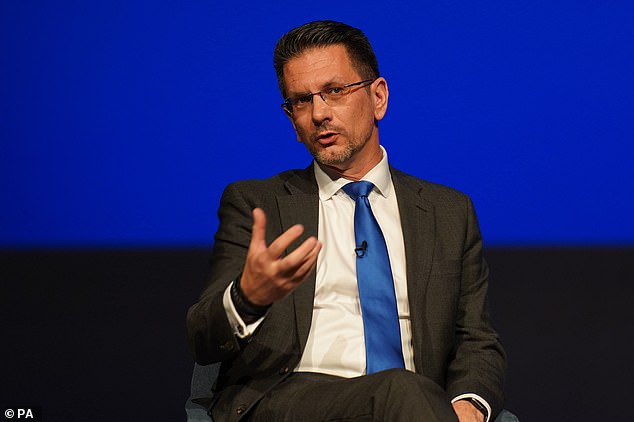 Steve Baker told the Conservative Party Conference he said sorry to Dublin politicians for a lack of ‘respect’ during the years of talks, when they were in London last month. 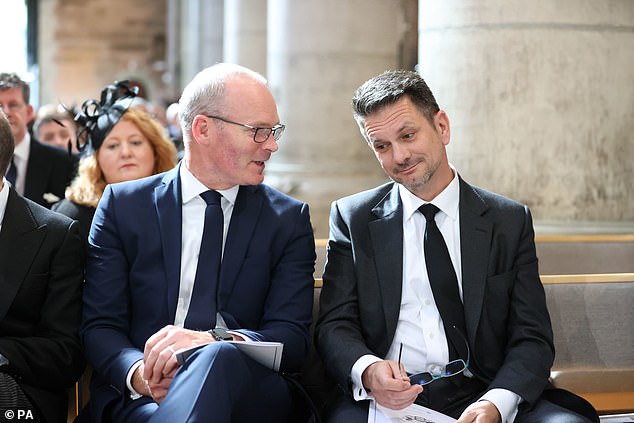 ‘And I am sorry about that, because relations with Ireland are not where they should be and we all need to work extremely hard to improve them and I know that we are doing so.’

He added that after raising the issue with Dublin ministers at the funeral he felt ‘the ice thawing a little bit’.

But he also added that ‘no one should doubt our resolve to make progress on the (Northern Ireland) protocol’.

The attempt at détente comes after the new ‘special relationship’ had a tricky start last month. Ahead of talks with Liz Truss in New York US president Joe Biden sent a ‘candid’ message about his ‘personal’ feelings on the Northern Ireland Brexit row.

The PM and US president sat down for their first talks at the UN general assembly.

Aides said the discussions went on for 75 minutes rather than the hour scheduled, and there was a united front on Ukraine and the response to Russia.

However, the leaders appear to have had an awkward exchange over Northern Ireland, with US officials describing the conversation as ‘candid’ – usually code that there was not agreement.

Mr Biden is said to have stressed the ‘personal importance’ he sets on resolving the spat over the province and protecting the Good Friday Agreement.

For her part, Ms Truss filled in the US president on her talks with EU commission president Ursula von der Leyen – and has signalled she wants to settle the issues within six months.

The premier is targeting getting the Northern Ireland Executive back up and running in time for the 25th anniversary of the Good Friday Agreement in Easter.

That could also coincide with a state visit to the UK by Mr Biden.