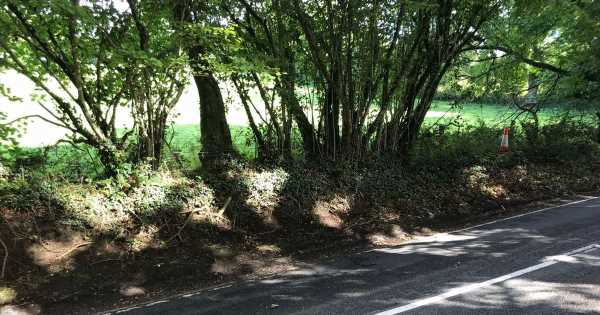 Welsh residents have created a petition over a troublesome road which is repeatedly causing chaos.

There are fears that one day 'someone will be killed' on the B4308, which runs through the small hamlet of Cwmbach and connects the village of Trimsaran with Carmarthenshire’s biggest town, Llanelli.

Despite having white lines down the middle of the road, there isn't actually room for two cars to pass each other on the deceiving street safely.

At first appearing it seems to motorists like a typical B-road with ample space on either side, but it is actually too narrow to fit two cars at once, reported Wales Online.

According to the UK Government’s Department for Transport: “Where the carriageway is less than 5.5m in width, the centre line should be omitted but edged lines (the ones on the side of a road), where used, continued.

"Where edge lines are not already in use, their introduction over the length where the centre line is interrupted will help draw attention to the hazard.”

Parts of the B4308 are narrower than 5.5m, yet the road is still marked with white centre lines and edge lines, deceivingly creating the impression that two vehicles can safely pass each other. The road is only 5.1m at it's narrowest point.

Despite several crashes, including one serious collision in December, 2012, nothing has yet been done to fix the issue.

As a result a couple, Ed Mansel Lewis and his wife, have created a petition in attempt to make the road safer, which has garnered hundreds of signatures.

Mr Lewis owns the Stradey Estate which runs along one side of the B4308 and offered the council some of his land for free in an attempt to fix the issue – but nothing was done still.

He said: "The only thing I can think of is to offer the council a piece of land for free so that they can widen the road and make it safer.

"The council told us that it would consider putting the issue on its priority list, but that was ten months ago now.

"As it is, it will continue to be a hazard for motorists and there will be more traffic collisions, and if people crash into the wall that will continue to get worse and fall into the road – it’s a cycle which is making this road more and more dangerous.

"We just watch it getting worse.”

He added: "The main concern of course is that one day someone will be killed along this stretch, and I am trying to find a solution to that horrible potential situation.

"Offering some land so that the council can make changes to the road is the only thing I can do.”