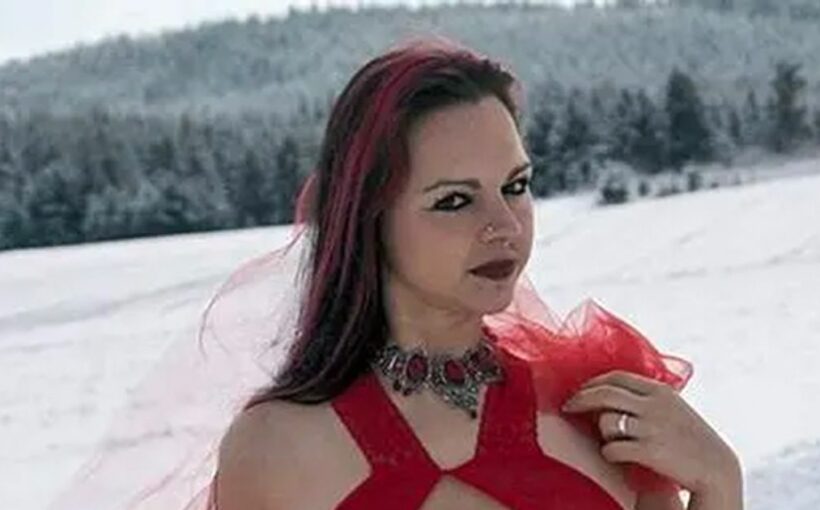 A model whose face was left disfigured after it was torn apart by a leopard during a photoshoot has paid the big cat a visit as "part of her therapy".

Animal rights activist Jessica Leidolph, 36, was critically injured after a 16-year-old leopard named Troja attacked her out of nowhere during a photoshoot.

The terrifying incident occurred at a retirement home for show animals in Germany.

Jessica has now visited the animal who attacked her as part of her recovery.

She said: "That I'm standing here today is part of my therapy, which should help me to come to terms with the accident. Fortunately, my face is healing well."

Jessica, who is from Thuringia, underwent surgery after she was taken to the nearest hospital by helicopter on August 24.

According to local media, Jessica entered the leopards' enclosure at the 'Seniorenresidenz fur Showtiere' when Troja suddenly attacked her.

Troja and another leopard living in the enclosure named Paris, 18, had once graced TV screens in an advert for multinational electronics giant Panasonic before they were moved to the 9,150-sq ft retirement home in Saxony-Anhalt.

The facility holds approximately 135 animals who were mostly booked for photoshoots by individuals and companies.

Jessica recalled the grievous moment when Troja rushed towards her.

She told Bild: "He attacked me, I couldn't look that fast. I was sitting by the tree trunk and all of a sudden I was lying on the ground. He bit into my cheek, ear, head, and then again and again into my head."

Jessica continued: "And then I screamed, put my hands in front of my face. At some point he let go of me for a moment, so that I could roll away and get out of the cage. A little later the ambulance and the helicopter were there."

However, Jessica holds no ill feelings towards the animal and begged the authorities to not put the cat down by saying: "I don't want the animal to be killed, it just followed its instincts."

Jessica revealed that she does not blame the 110 lbs leopard or its owner Birgit Stache, 48, for what happened.

She said: "The leopard was secured twice by its owner."

Owner Birgit Stache told German daily Bild that donations have dropped off since the incident with Jessica.

She said “we are attacked, there are no food donations”, adding: "I have respect and don't blame Troja."

Meanwhile, the police started an investigation to determine who else was present at the photoshoot and what safety precautions were in place.

To keep up to date with all the latest news stories, make sure you sign up to one of our newslettershere

A police spokesperson said: "So far, there has not been a reason, from a structural or veterinary perspective, to take action against the retirement home for show animals."

Despite having a 20-year-long experience and holding a license to keep the animals, Stache was issued a security law order by the district authorities, according to which she is forbidden to let "unauthorised third parties" inside the facility.

Authorities indicated that Jessica "was only injured because she was inside the cage”.

Pro Wildlife animal rights activist Katharina Lameter, 29, urged officials to "immediately give the leopard away to a specialised rescue centre."