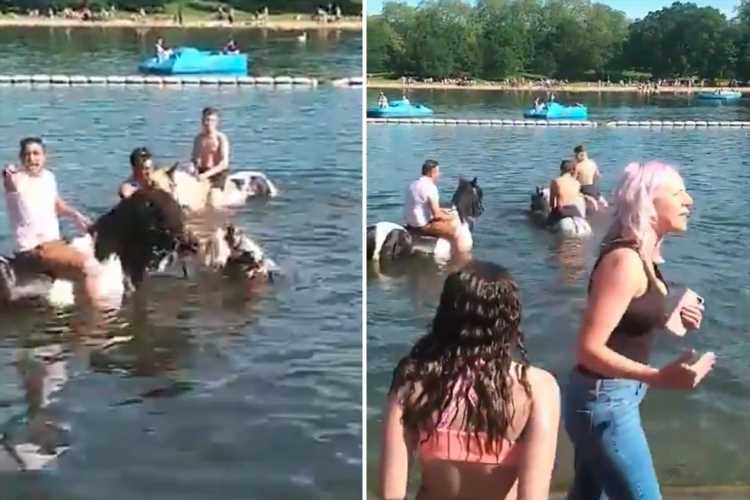 THIS is the moment a fuming mum screamed at shirtless men on horseback as they rode their ponies straight into Hyde Park's Serpentine Lido.

The piebald ponies were filmed cooling off in scorching heat as they enjoyed a dip feet away from parkgoers pedalling boats in the famous waterway. 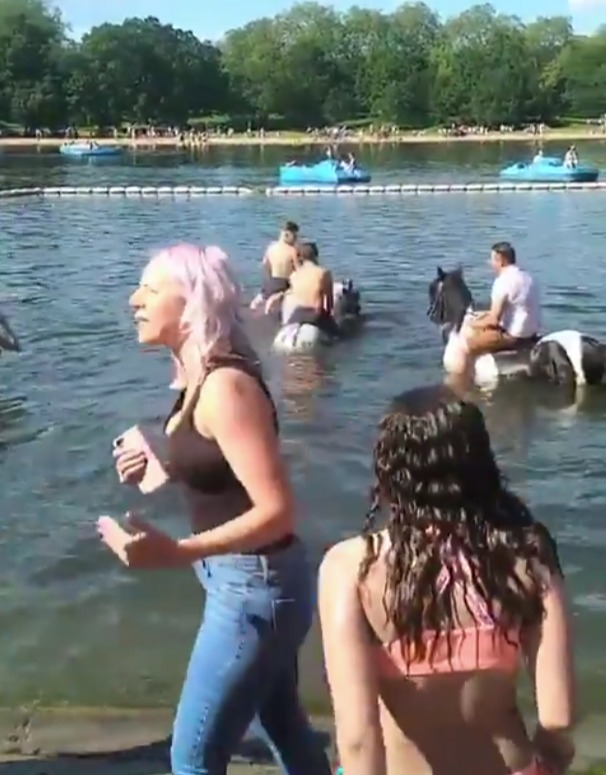 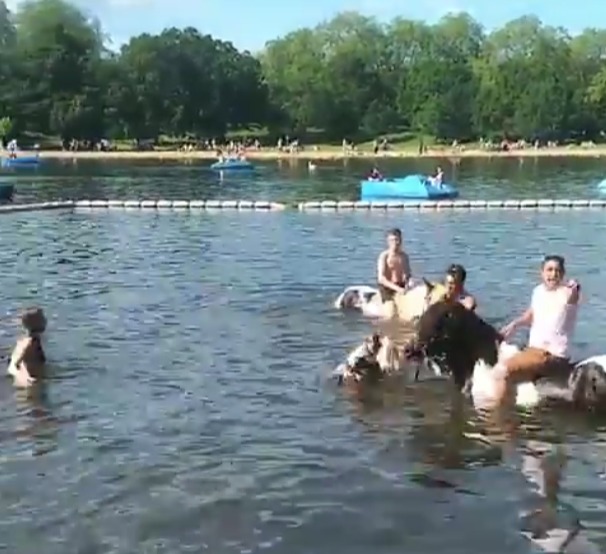 Video shared on Twitter by @Cabvision Taxi is accompanied by the caption "chaos again in Hyde Park".

The footage shows the irate woman remonstrating with the group.

It's not clear how long the three ponies were in the water for, but they appear to have been filmed on Saturday, June 5, when the mercury had climbed to 24C.

The mum fired back when one bloke told her to 'shut up'.

Walking closer to him, she yelled at the man standing near the Serpentine: "I will not go away.

She then tells the group of mostly young men to "get them [the ponies] out of the water".

Several men – including one rider in the water – can be seen remonstrating with her. 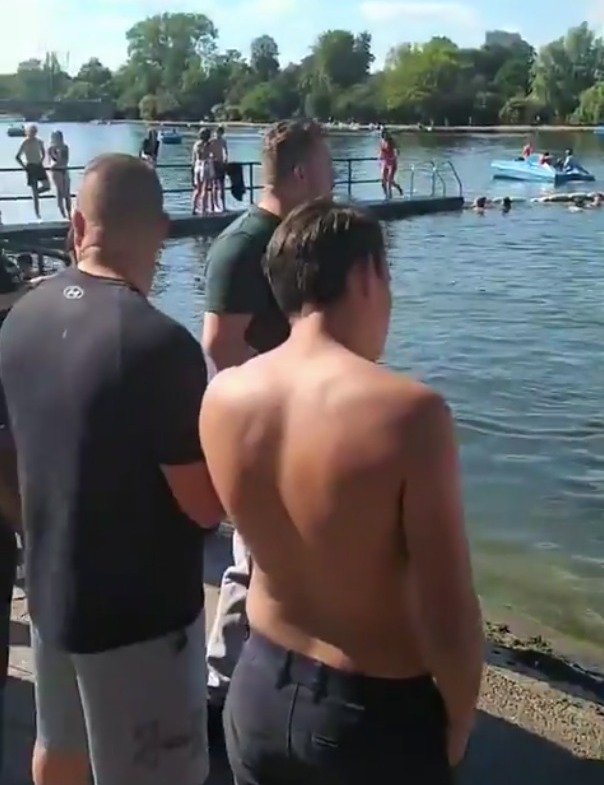 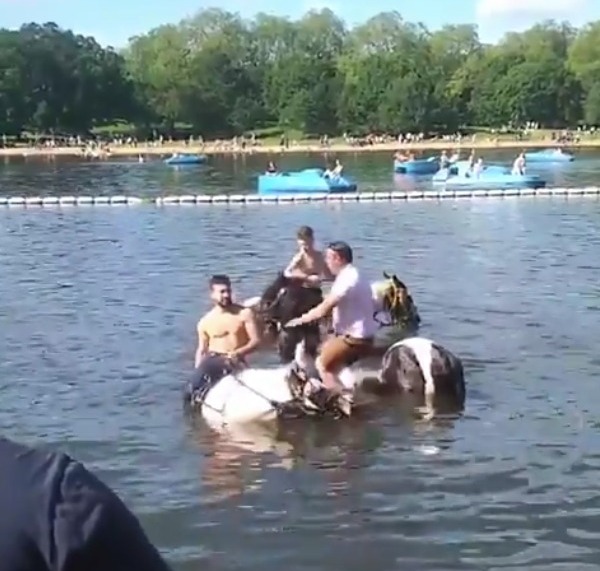 She asks the small crowd gathered nearby if "anyone else wants to see the horses out of the water".

The mum then turns away as the men continue to mock her.

One man asks for £50 – presumably to take the ponies out – before saying out loud that the woman would "float in here wouldn't she?"

He advised her to "deal with yours".

It's not clear what happened next, but the Sun Online has asked the Metropolitan Police for comment.

The Royal Parks press office has also been approached for comment.

When video of the ponies was shared on Twitter, two men responded that the visitors were "not looking for any trouble."

Sited in the middle of Hyde Park, the Serpentine Lido and its paddling pool are an ideal spot to cool off on a hot day.

Horses may be ridden on the roads and the designated riding ways in Hyde Park.

But, they are not allowed on footpaths, cycle paths or grassed areas, according to a Freedom of Information response.

The lido is open on weekends throughout May, and seven days a week from June 1 until early September. 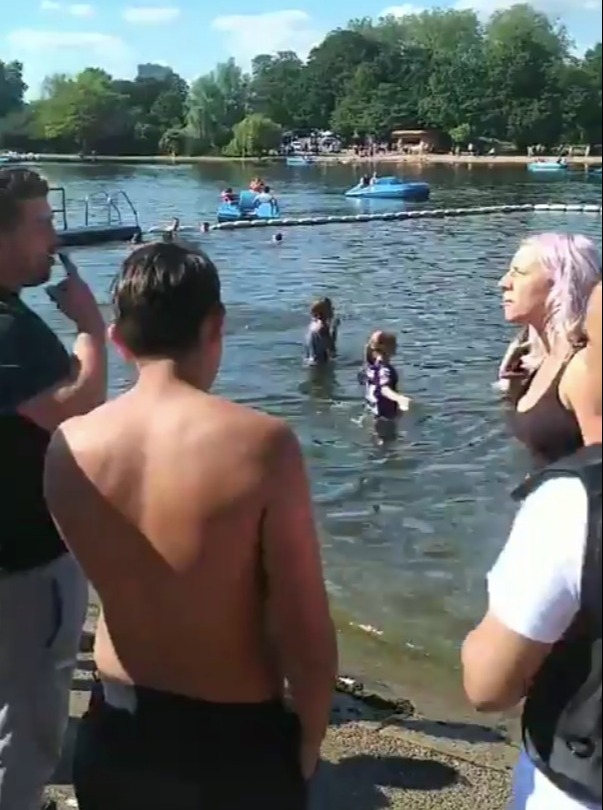 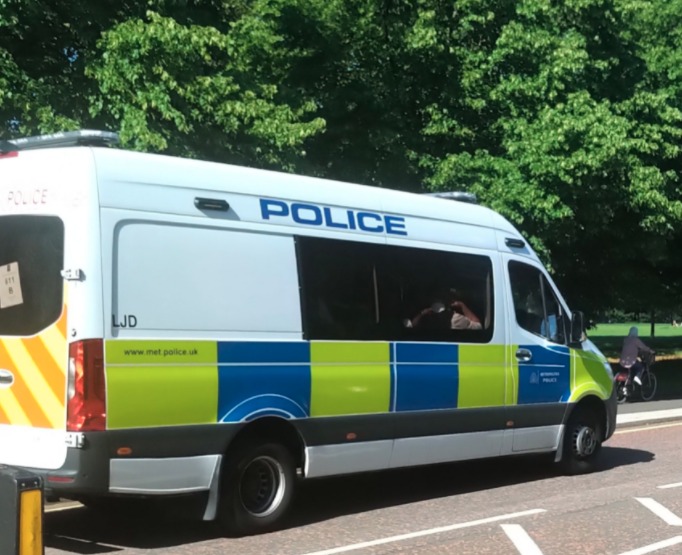