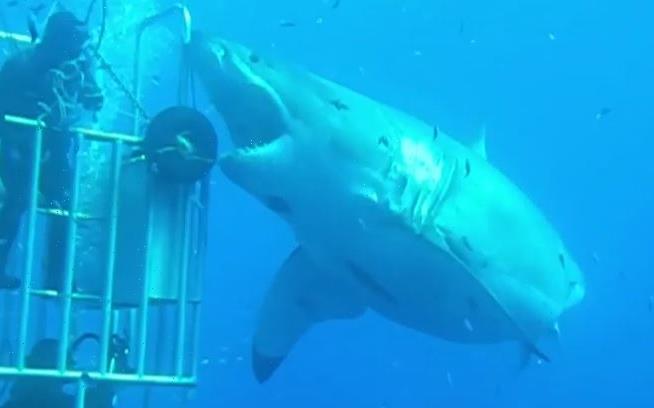 THIS is the terrifying moment divers came face to face with one of the world’s biggest great white sharks. 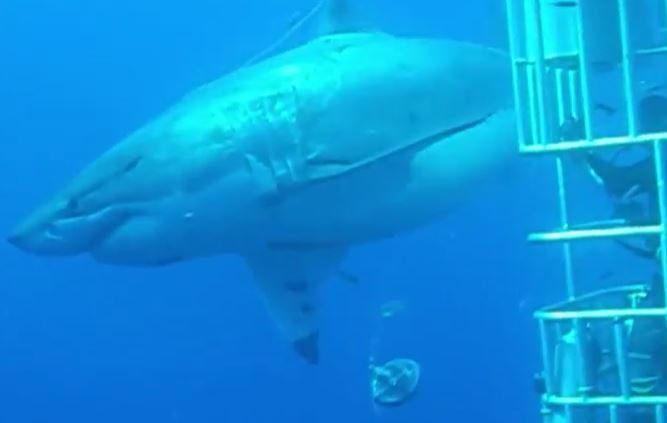 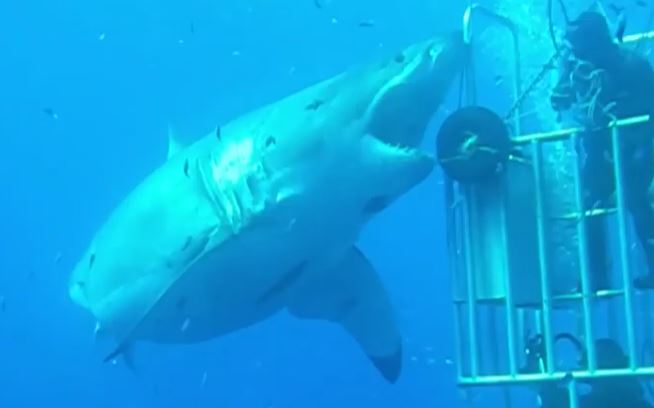 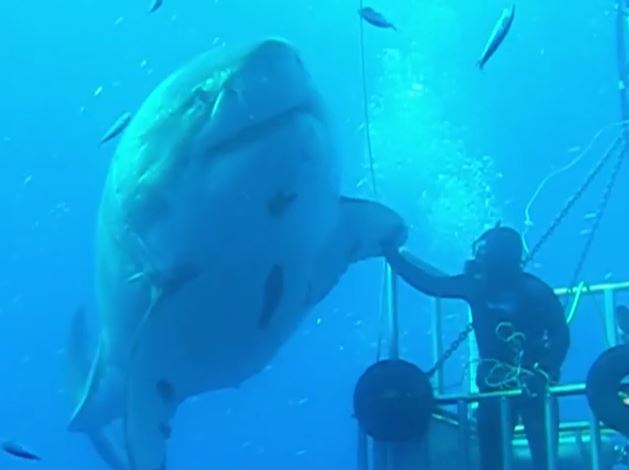 Weighing an enormous 2.5 tonnes, the 50-year-old predator dwarfed the divers as they reached out to interact with the beast.

Michael Maier, 53, who captured the video on an expedition with Nautilus Explorer, said Deep Blue was "very calm" during the chilling encounter.

He told Barcroft TV: "She was not at all nervous, and she just doing her circles around us. She was very interested in us, and looking at us. During the circles, we realised how big she was.

"She must have been around seven metres. We had a very long beautiful dive with her and when we all came back to the boat, we were all very enthusiastic about this encounter."

He added: "What I do love about diving with sharks is the massive force of these animals in combination with elegance. It's never hectic, it's quiet, it's reassuring, and it's just very beautiful to be with them in the water and to dive with them.

"I felt the luckiest guy to be able to catch Deep Blue on video, and still when I watch this video, I'm very happy."

Describing the experience in 2019, she said: "Today was extremely special because while I work with white sharks all around the world, they are extremely rare in Hawaii.

"This individual may be one of the largest recorded and shows similar markings to 'Deep Blue' a shark I’ve studied in Isla Guadalupe, Mexico where I’ve done most of my work with white sharks.

"This gentle giant swam up and brushed up against our boat repeatedly. There is a theory that large females come here when they are possibly pregnant trailing whales.

"There was a dead sperm whale in the area and we did observe her from a distance swimming over to it and eating it on a regular basis throughout the day.

"I have so much respect for sharks for their ecological role, scientifically, culturally in Hawaii as aumakua, and from a conservation standpoint I’ve dedicated my life to speaking up for them and educating others about them and their plight while studying to continue to understand more about them."

Experts believe Deep Blue is the largest great white shark ever seen and has lived for around five decades despite often life-span-reducing pollution, hunting and fishing.

"One of the largest that has ever been seen in the water. She's a big girl."

The shark got her name from Discovery Channel diver Mauricio Hoyos Padilla, who swam with the creature as part of a Shark Week documentary.

Padilla was filmed reaching his hands out of a metal shark cage and touching her fin in the 2015 TV show. 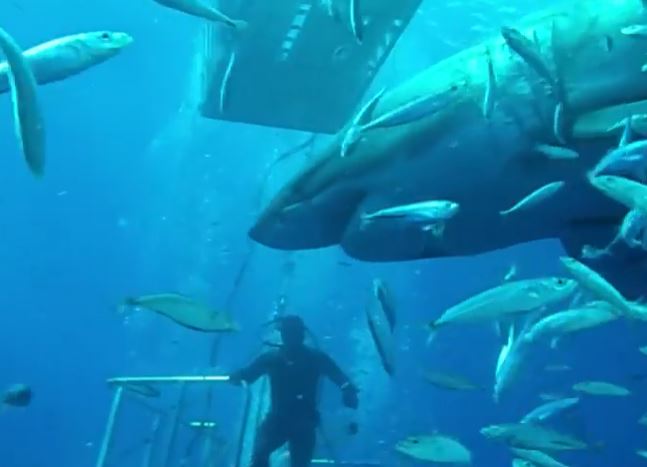 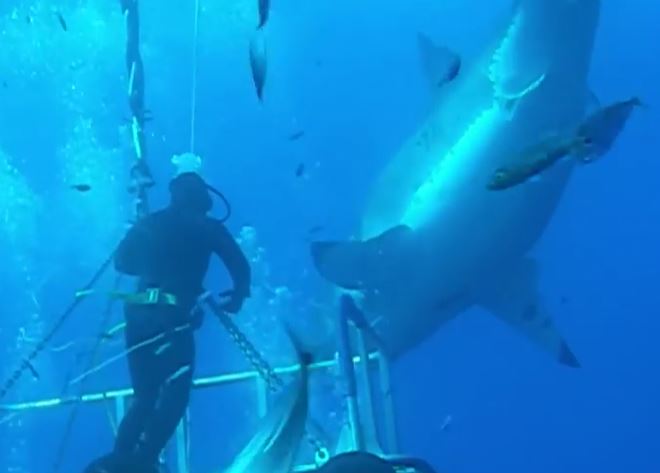 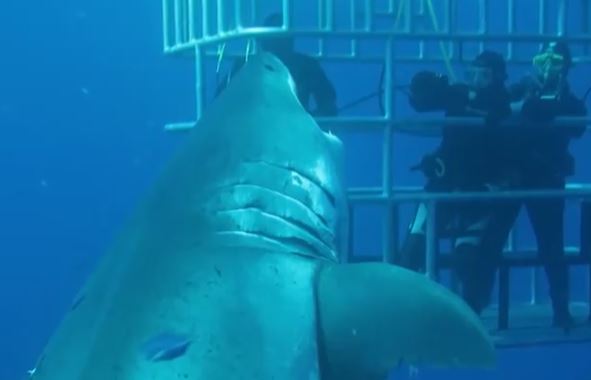