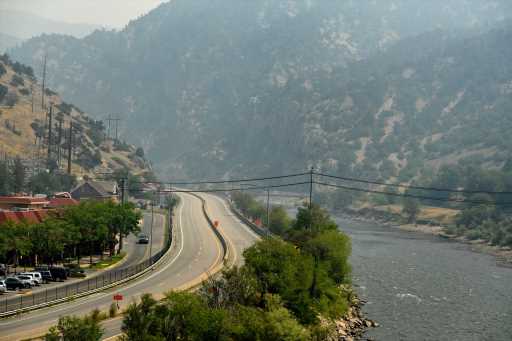 Interstate 70 through Glenwood Canyon closed Wednesday afternoon in both directions after a multi-vehicle crash, with more than two-dozen vehicles involved, injured people.

Initial reports indicate that 17 cars and seven semi-trucks are involved in collisions in the eastbound lanes of the highway, according to the Colorado State Patrol.

The crashes happened at about 2:35 p.m. and the highway is expected to be closed for about three hours.

Fifteen of the 17 cars involved will have to be towed off the highway and three of the semi-trucks will also be towed, said Master Trooper Gary Cutler, a CSP spokesman.

At least four people involved in the pileup have been inured, Cutler said.

In the summer of 2020, the I-70 section through Glenwood Canyon was shutdown for an extended period by the Grizzly Peak fire. After the fire, in the summer of 2021, the highway was shut down several times after rain and thunderstorms caused mudslides and debris flows from the wildfire scar.

Repair costs and replacement of sections of the highway through the canyon, because of the fire and subsequent flooding and washouts, finished up around Thanksgiving and the total project costs were estimated to be about $116 million.