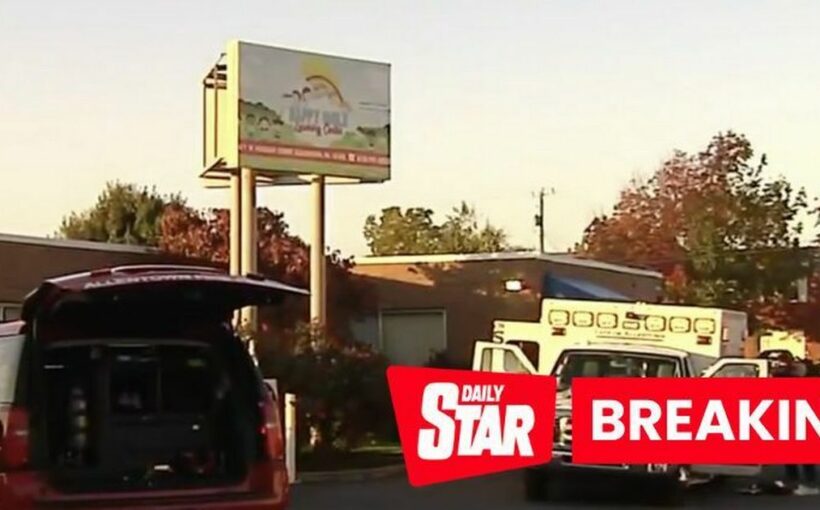 Several children have been hospitalised after a carbon monoxide leak poisoned them at a daycare in Pennsylvania, US.

Early reports claim that every ambulance in Allentown rushed to Happy Smiles Learning Center after the leak was discovered.

The alarm was first raised when one child was found unconscious at the daycare and a concerned witness called 911 early on Tuesday morning (October 11).

When firefighters and emergency medical personnel arrived on the scene, monitors they were carrying alerted them to the deadly carbon monoxide leak, Captain John Christopher of the fire department said.

The entire centre had to be evacuated as a result of the poisonous gas leak and a massive emergency response ensued after multiple people showed symptoms of carbon monoxide poisoning, which can be fatal.

Multiple kids were removed from the daycare on stretchers and taken in ambulances to four hospitals in the surrounding area – however, several children were left waiting longer to be taken for treatment due to the number of victims affected.

A total of 26 people, including children and teaching assistants, have been transferred to the nearby hospitals.

All of them are reportedly in stable condition.

The incident was reported as a "level 1 mass casualty incident" which means the number of casualties is so high that local emergency responders and hospitals risk being overwhelmed.

Nearby fire departments and emergency responders, however, have stepped in to provide mutual aid as a result of the catastrophic leak, Captain Christopher confirmed.

Parents have been notified and a neighbouring daycare is providing a place for children not going to hospital to go to stay warm.

Gas company UGI is also on the scene and is investigating the situation.

Carbon monoxide is an invisible, odourless gas that can cause death when inhaled.

The symptoms of carbon monoxide poisoning, according to the NHS, include headache, dizziness, feeling or being sick, feeling weak, confusion, chest and muscle pain and shortness of breath.