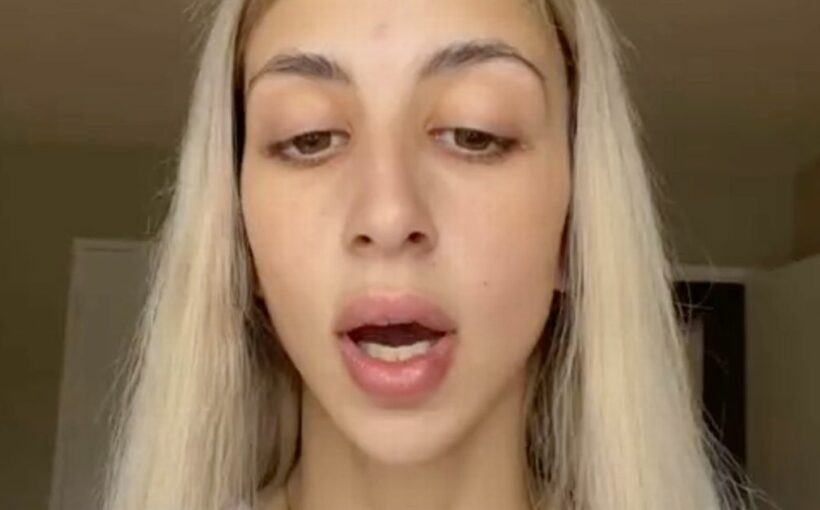 A furious mum says that she returned from holiday to find that her landlord had stripped her flat bare – throwing out her baby’s toys and cot, and even her dead father’s ashes.

Kayla Lacara, 22, explained in a TikTok video how she took a short break to Mexico with her boyfriend and their young baby in February.

When they returned to the apartment in Brick Township, New Jersey, the flat was completely empty.

“Anything you can think of in my household is gone,” Kayla says. “My daughter’s clothes, crib, shoes, toys, snacks, drinks…”

She added: “My clothes, furniture, my boyfriend’s clothes, our shoes, toothbrushes, hair products, our bed, anything you can imagine is gone. "

Even the handles had been removed from the interior doors, she says.

According to Kayla, the woman she that had been renting the flat from had been illegally subletting it without the owner’s knowledge.

Kayla had moved into the apartment on a a short-term six-month lease after seeing an ad on Facebook, and says she’d paid the rent right up until the end of March.

But, Kayla claims, when she made the mistake of posting a photo of herself to Instagram that showed she was out of the country, the landlord took the opportunity to ransack the flat and bin all of her stuff.

Kayla says the woman texted her to say that she had to be out of the apartment by that very weekend, and told her that she would leave all her possessions outside.

Lacara contacted the Brick Police Department and they told her that what the landlord was suggesting was illegal. But nevertheless when she got home, everything was gone, she says.

“On top of my entire apartment being robbed,” says Kayla, “this lady took my fathers ashes who just passed away December 10, 2020, and poured them into a trash bin outside of our apartment complex.”

She added: “I’m 22 years old and this woman took my entire life from me.”

Kayla has set up a GoFundMe in a bid to try to replace some of the items she’s lost – it currently stands at just over $4,300 of a $10,000 goal. “The law is doing its best to give me the justice we deserve,” she says, “but we’re starting from the bottom, and it can take months or maybe even longer to recover our items.”

While state law provides for cash restitution in cases like this if they’re proven in court, it can take a very long to materialise and often remains unpaid.

The lawful owner of the building has now reportedly applied for an eviction notice, and intends to out the apartment to a new tenant next month. But for now, Kayla, her boyfriend and their baby are living in the unfurnished apartment with, they say, nowhere else to go.