MYSTERY surrounds a massive molten gas pit dubbed as the "Gates of Hell" that has been spewing "devil breath" fire for decades.

The fiery Darvaza gas crater is located in the Karakum Desert in Turkmenistan, and its origin remains a secret. 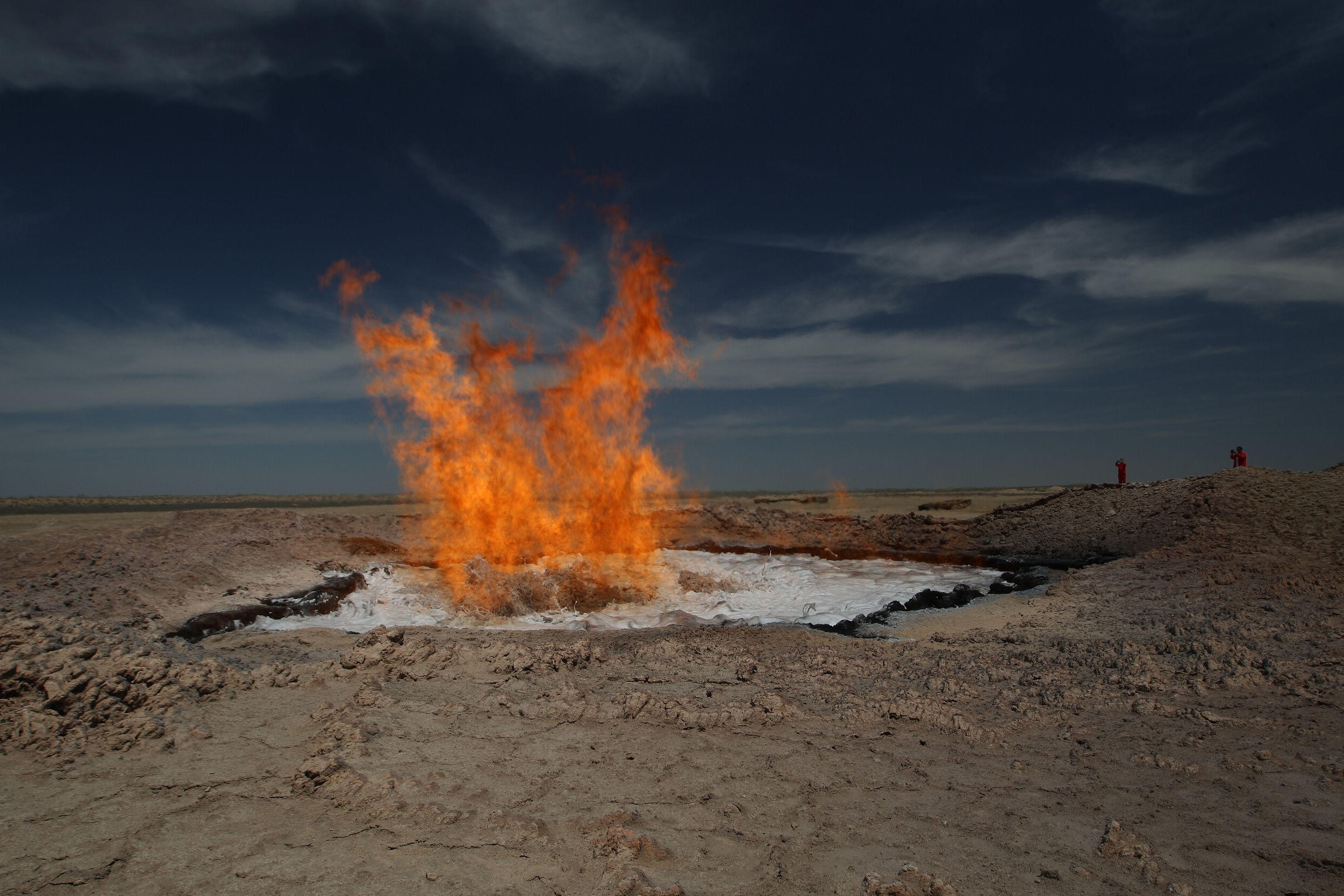 The surreal site, also known as "Door to Hell," is a natural gas that field collapsed into a cavern in the village of Darvanza.

Although there are no records of how the burning pit was originally discovered, the most popular theory suggests it was created in 1971, when Turkmenistan was still under Soviet rule.

According to the theory, geologists hit a pocket of natural gas while were drilling for oil which caused the earth to collapse.

It is believed that in order to prevent the spread of methane, they set it on fire and it has been burning ever since.

The crater was featured in an episode of the National Geographic Channel series Die Trying in 2013.

Canadian explorer George Kourounis was the first to descend into the 100-ft deep pit of fire, was unable to explain the origin of the pit.

At the time, he said it looks like "a volcano in the middle of the desert,"and admitted he felt "a bit like a baked potato," according to National Geographic.

"It is burning with a tremendous amount of flame like there is a lot of fire down there," he said.

"Day or night, it is clearly burning. You can hear the roar of the fire if you stand at the edge.

"The heat, if you are downwind of it, is unbearable. There are thousands of little flames all around the edges and towards the center.

"Then there are two large flames in the middle at the bottom, and that is probably where the drilling rig hole was for the natural gas extraction."

Local Turkmen geologists believe the crater was formed in the 1960s and wasn't lit until the 1980s.

And as at the time Turkmenistan was under Soviet rule, any record of the crater's creation is now classified information.

In 2013, the President of Turkmenistan, Gurbanguly Berdimuhamedow, declared the part of the dessert with the pit, a natural reserve.

The mystery surrounding the fire pit has turned it into a popular tourist attraction, with thousands visiting the area every year to see the hellish pit closely.

It comes as another strange location was recently explored for the first time.

A brave team of cave divers have made the first journey down into the 200ft deep "Well of Hell" in Yemen.

The 100ft wide hole is located in the desert in the eastern province of Al-Mahra and locals believe it is a prison for demons.

But despite the tales of evil spirits, t the divers from the Oman Cave Exploration Team have only discovered snakes, dead animals and cave pearls. 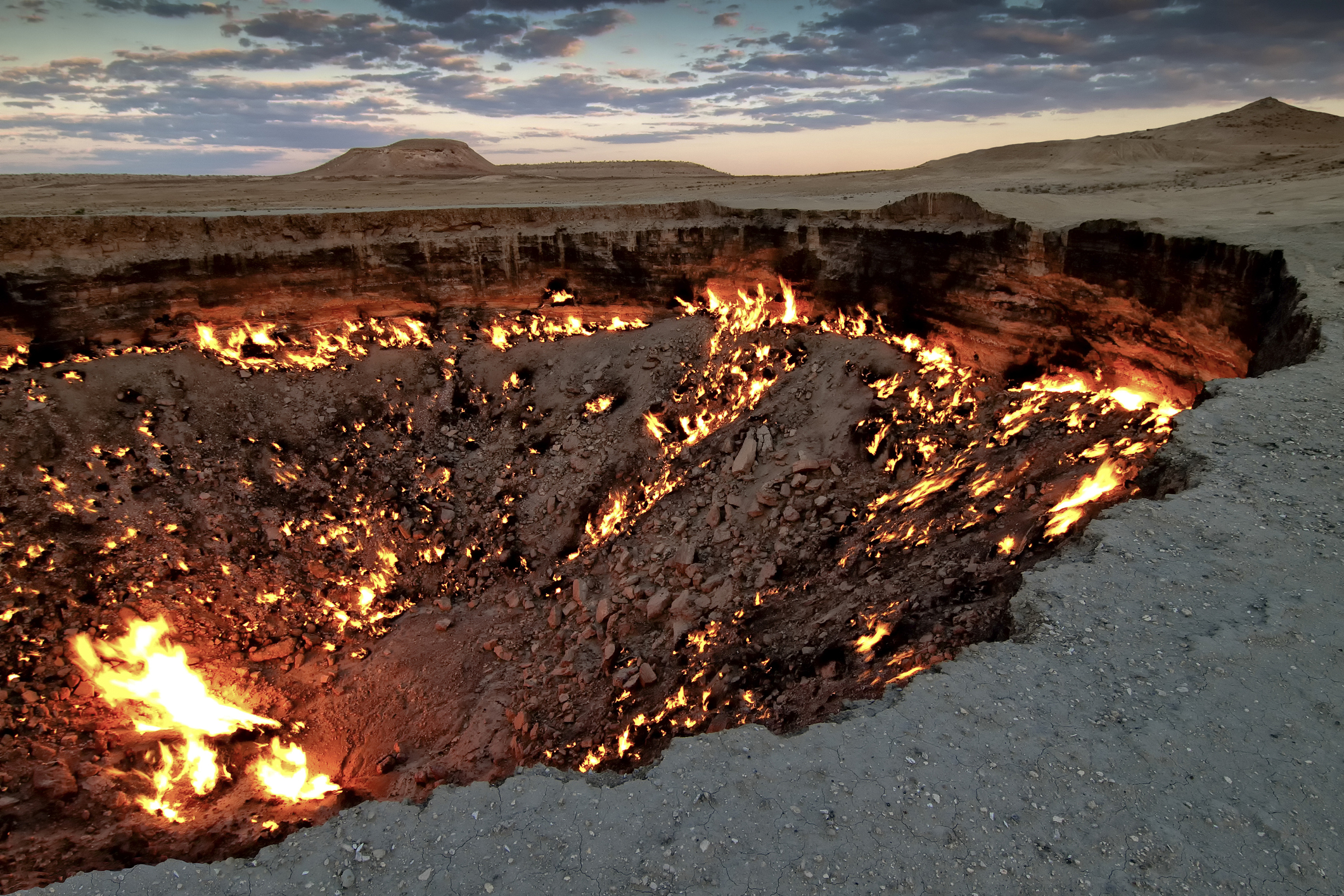