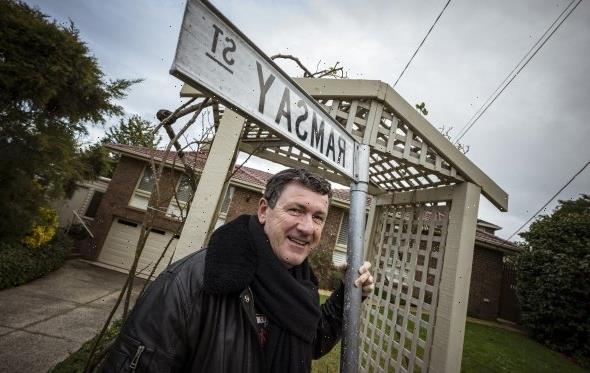 He’s been watching TV soap Neighbours for most of his adult life, so Iain Batty was fascinated once he finally set foot in “Ramsay Street, Erinsborough”.

“It’s surreal. It’s bizarre. It’s incredible,” said the 56-year-old Baptist minister, who flew from London to go on one of the last Neighbours bus tours on Sunday. 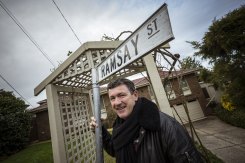 Slowly, here in what is actually Pin Oak Court, Vermont South, he matched his TV memories with which house was home to characters Karl and Susan Kennedy, and which to Terese Willis and to Jarrod “Toadie” Rebecchi.

Then he took a selfie next to the Neighbours street sign.

The group had also toured the backlot sets of the series – at the Forest Hill studios of production company Fremantle – seeing everything from Harold’s Cafe to Lassiters Hotel and character Terese Willis’ backyard up close.

At times it was “all a bit much”, Batty said, but he was enjoying it, while mourning the series’ demise. It was very sad, he said, that the last episode will air next week. “I would say it’s irreplaceable for me,” he said. “I don’t see myself finding another show at 56. I think it’s likely I’ll look out for re-runs of Neighbours – perhaps go back to the beginning.” 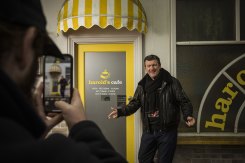 One to remember: Iain Batty outside Harold’s Cafe on the set of Neighbours at Fremantle studios in Forest Hill.Credit:Chris Hopkins

Batty took a cheaper than direct 34-hour route via two US cities to fly from London to Melbourne, but still paid £1650 ($2800) return.

But his daughter, Shannon, 17, urged him to fly over once she heard bus tours would end on July 31.

“She said ‘Dad, you’re going to regret it so much if you don’t do this’,” Batty says.

He reckons he’s seen most episodes of Neighbours, which started in 1985, when he was 19, and when he goes on holidays, he’ll record those he’s missed.

“If there was anything I could do to stop Neighbours from stopping, I would do it,” he confirms. “It means that much to me.”

“I don’t want to say ‘obsessed’. I’m not. But I have a deep fondness for the show. It’s going to be sadly missed.”

“I have asked myself the question ‘what do I do next’? Because I don’t watch any other TV programs, apart from the news.”

Batty, a pastor of London’s Abbey Road Baptist Church, which is near the Beatles’ famous recording studios, says Neighbours has been a comfort in his sometimes stressful job.

“It’s a very demanding job and Neighbours has been one of those programs where you switch it on, have a cup of coffee and decompress.”

Subjects portrayed on Neighbours have helped him raise community issues with his congregation, such as cancer and same-sex marriage.

Character Doug Willis, played by Terence Donovan, had dementia. “It reminds us that people are facing these issues all the time,” Batty said. 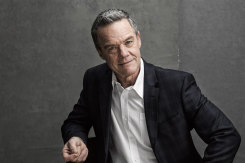 “I’ve always seen him as someone who has mostly tried to make good even when he messes up,” Batty said.

“He’s a big protector of his children, which I admire.”

London’s current heatwave and Melbourne’s present cold aside, Batty reckons the sunny weather and “nice suburban life” on Neighbours may be a clue to its popularity with British people.

“Generally speaking, except with the last [on screen] wedding when there was this massive storm and someone lost their life, the weather in Neighbours is nice and everybody is wearing mostly summer clothes, and in London it’s mostly raining and bad weather.” 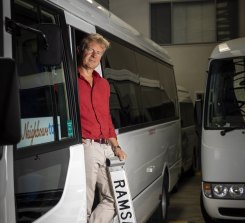 Terry Smit, owner of Go West Tours, which runs the Official Neighbours Tour, is disappointed to have to stop them.

“We’ve had people who are utterly distraught ringing us, and saying ‘you need to keep the show going’, but we don’t have any control over the show,” Smith says.

Tickets at $115 each are still available for tours on Saturdays and Sundays until the last day, July 31.

A cultural guide to going out and loving your city. Sign up to our Culture Fix newsletter here.