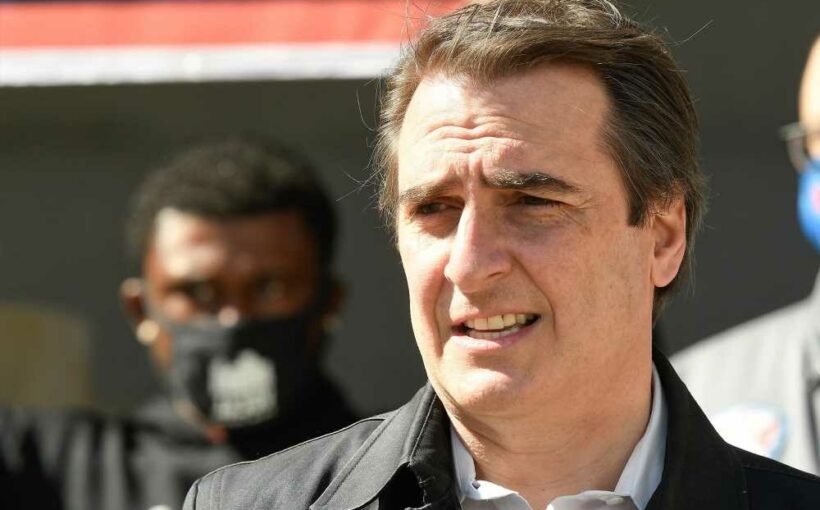 But the school hasn’t been able to go ahead as New York has hit the cap for more charter schools, and lawmakers rejected pleas for an expansion as part of the recent state budget.

Urban Dove CEO Jain Nanda said the charter school would serve a pressing need — there are only five other second-chance transfer schools in all of Queens, and none in District 30, where the alternative school would be located.

“There’s a huge need and now we can’t fulfill that need,” Nanda said.

“This is an example of politics at its worst, It’s a shame,” Nanda said.

Urban Dove operates two other successful transfer charter schools in the south Bronx and Brooklyn, taking in students who are failing, behind in credits and over age and in danger of dropping out.

All students are required to participate as a group on sports teams and health and fitness programs. Boys and girls are put in separate classes to prevent distractions.

The planned Queens school would enroll 300 students and class sizes would be as low as five students to one teacher to help students get back on the academic track toward graduation, according to officials.

“I had gotten left back in ninth grade. I had less than 10 credits,” said Herrin, who is now an assistant coach at Urban Dove in Brooklyn.

He said he was lost in high school and transferred to Urban Dove and graduated in 2016.

“It was a very family-oriented space. They treated me like I was family. If I didn’t go to Urban Dove I would have dropped out,” Herrin said.

“There were a lot of staff members who kept on top of me to do my work,” Herrin said.

Herrin urged state lawmakers to increase the cap so Urban Dove can help teens in Queens.

“I’m disappointed with the legislature. The cap is stopping more more kids from getting a better education,” he said.

The overall graduation rate for all Urban Dove students is 57 percent over five years, significantly higher than students with the same profiles in other high schools, according to Nanda.

The graduation rate for 15-year-old students with less than 11 credits who transfer to Urban Dove is 71 percent, compared to 32 percent for “peer” student in the same category at other high schools, Nanda said.

Ironically, in a Jan. 2, 2019 letter to the state DOE, Gianaris raved about the proposed school and mission, and said he would welcome it in his district.

“Urban Dove’s commitment to serving the students in need fills a gaping hole in the education system in New York City,” Gianaris wrote.

“I look forward to working with Urban Dove to help students reach their full potential and I applaud its determination to improve education in Queens.

Gianaris — the no. 2 leader in the Senate — declined to comment on whether he would push to raise the charter school cap in the Big Apple before the legislature adjourns for the summer.

Democrats who control both the Senate and Assembly refused to amend the law to lift the cap to allow charter school expansion as part of the state budget.

Comrie told The Post on Sunday he was “frustrated” that any talk of increasing charter schools was shut down by the leadership of the Democratic-run Senate and Assembly.

“I’m frusrated by it. We have to put everything in education on the table,” Comrie said.

He said parent and student “choice” should be part of the discussions, including charter schools.

“I think we should work something out,” Comrie said.

The charter school cap is set at 460 statewide, with 290 set aside for New York City, which has already hit that limit.

There are 92 unused charters left for the rest of the state but they can’t be used in the Big Apple — where the demand is — without a change in state law.

Instead, a scandal-weakened Gov. Andrew Cuomo sought a much more modest proposal: reauthorizing 20 so-called “zombie” licenses — those surrendered by schools that closed — to new charter school applicants. Lawmakers blocked even that modest proposal.

Other proposed charter schools that received preliminary approval — including one sponsored by the Harlem-based anti-child poverty group the Mission Society — are also left in the lurch by by the cap.