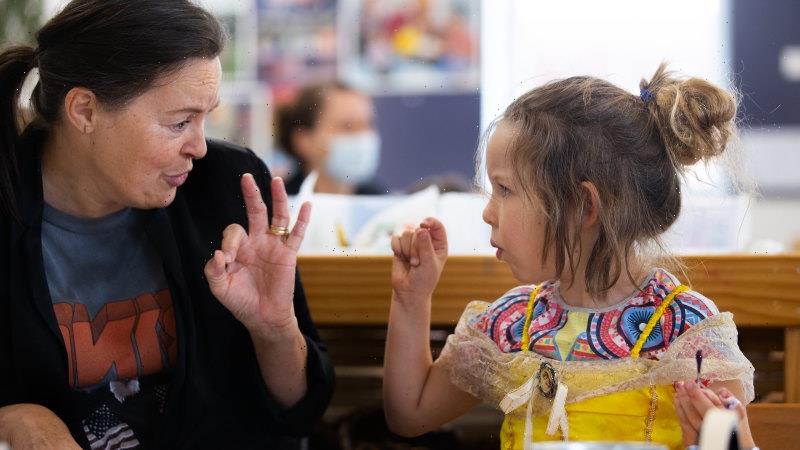 Educators speak a variety, including French and Arabic, but – like a growing number of Victorian preschools – it has chosen Auslan as the official second language it teaches.

Children as young as six weeks are taught Auslan (Australian sign language) at the early learning centre in Melbourne’s north by Julie Joyce, who uses songs, stories and puppets to engage her young students.

Kindergarten teacher Peta Ferrarini said Auslan “activates so many parts of the brain, it’s almost like a game to [children] rather than just learning a spoken language. Because Auslan is a visual language, not a spoken language, it enhances all aspects of their development.”

Under the program, centres provide three-hour weekly programs or 15-hour bilingual programs in 20 languages, ranging from Aboriginal languages to Mandarin, Hebrew and Arabic. 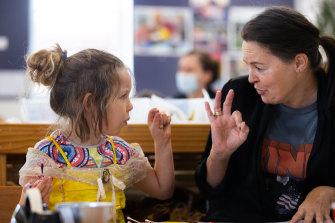 Auslan is the second-most popular language in the program, which will be expanded next year.

An Education Department spokeswoman said the department had received significant interest from services wanting to teach Auslan as part of their program.

Yvette Slaughter, senior lecturer in language and literacy education at Melbourne Graduate School of Education, said kindergarten was a “great age to be doing this because children’s needs are very immediate – I want to play outside, put on a hat, wash your hands, snack time, let’s eat fruit – and very commonly can be indicated by gesture.

“The kids are really good over time, of going, ‘I know what it is to be communicating through my hands, through my gestures, and not through my voice.’ ”

Adam Tinkler, of non-profit Expression Australia, said he hoped the early childhood language program would not only spur more Auslan study among students but boost employment for deaf people.

Auslan is taught by a mix of people, from the profoundly deaf and the hard of hearing to the children of deaf adults and people who can hear.

The number of native Auslan speakers is not clear, as Auslan was not listed as a language option on the census until this year. The last census, in 2016, showed Auslan users numbered 11,682. About one in six Australians has hearing loss. 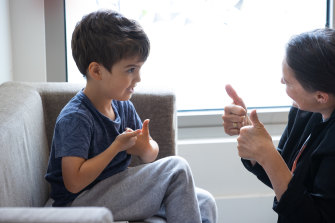 Emma McGrath, who manages teacher support for the early childhood language program, said it was “really special” for deaf educators to have their language valued.

She said Auslan had grown in popularity at kindergartens for a variety of reasons, including centres being able to easily source teachers, and signing at major press conferences and Wiggles performances. “Auslan becoming more visual in our society has pushed a lot of people to think that it’s a useful language to learn, that our children will be able to access this culture and community.”

She said the program had become more valued during the pandemic as families could see video lessons for themselves.

“It’s something that everyone’s learning together. The parents don’t know more than the children, so the children experience the role of being the teacher in the family, which is really great.”

Auslan is increasingly common in primary schools, too.

More than 31,000 students studied it at government primary and secondary schools and the Victorian School of Languages last year, making it the sixth-most popular language.

An Education Department spokeswoman said the program had helped more than 12,000 preschool children learn another language since 2019.

Any decisions regarding funding for the early childhood language program beyond December 2022 will be made as part of the 2022-23 state budget. 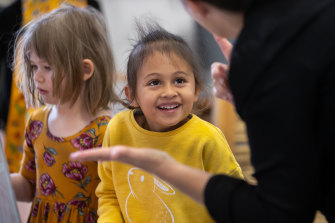