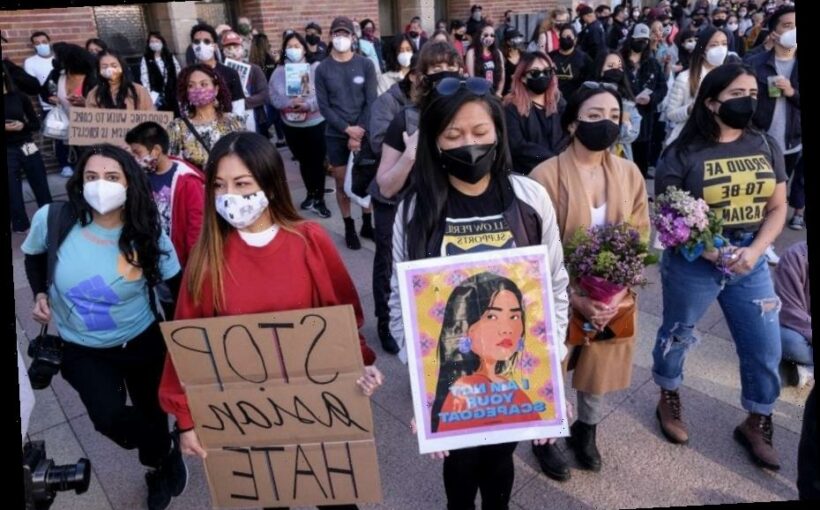 President Joe Biden and Vice President Kamala Harris are traveling to Atlanta, Georgia today in the wake of a mass shooting that killed eight people, six of them women of Asian descent. The deadly rampage happened on Tuesday at three massage parlors in the Atlanta Metropolitan area.

The White House said the president and vice president will meet with Asian-American advocates, lawmakers and leaders to discuss the attacks and ongoing threats against the community. They are also scheduled to speak with other local leaders, and visit the Centers for Disease Control (CDC) to receive an update from health and medical experts about the COVID-19 pandemic.

At a recent event, Vice President Harris decried the shootings as “tragic.”

“Our country, the president and I and all of us, we grieve for those lost. Our prayers are with the families of those who have been killed,” said Harris, who is of Southeast Asian American and Jamaican descent. “This speaks to a larger issue, which is the issue of violence in our country and what we must do to never tolerate it and to always speak out against it.”

She added, “I do want to say to our Asian American community that we stand with you and understand how this has frightened and shocked and outraged all people.”

A 21-year-old white male suspect has been arrested in connection with the shootings. Media reports have said the shooter reportedly indicated his motive was not racism, but a sex addiction. The investigation is ongoing.

On Thursday, the House Judiciary Subcommittee on the Constitution, Civil Rights, and Civil Liberties held a hearing on Capitol Hill about the rise in anti-Asian violence and discrimination. Asian American members of Congress and fellow witnesses from academia to Hollywood testified. Many spoke passionately about historic incidents—among them, the federal government’s internment of Japanese Americans during World War II—and what’s happened since the onset of the pandemic.

Officials say there have been at least 3,800 reported incidents since March 2020. The cases range from homicides, to someone having their face slashed with a blade, to an 89-year old woman set on fire, to a professional pianist being beaten so badly he can no longer play.

“We, as Asian Americans, come to this country because we believe in the American Dream,” actor/producer Daniel Dae Kim told the panel. “We believe that if we keep our heads down, turn the other cheek to bigotry, and work hard, that one day we will receive the full privileges of being American.”

According to 2020 Census data, there are about 5.2 million Asian Americans, and the community is rapidly growing. While countless members of what is a very diverse community have succeeded, others are struggling. In New York, for instance, Asian Americans have a higher poverty rate than any other minority group, and 1 in 4 are living below the poverty line. Moreover, poverty rates among Asian American seniors are much higher than the national average.

“Something to consider as we watch our elderly loved ones get taunted, pushed, slashed and murdered – repeatedly,” said Daniel Dae Kim.

There have been protests nationwide about the rise in Asian American hate crimes. Many Black leaders and organizations across the country have expressed their solidarity during this painful time. Some of them include: the National Action Network (NAN), NAACP, The Leadership Conference on Civil and Human Rights, Higher Heights, the NAACP Legal Defense and Educational and Fund, Inc., (LDF) Black Voters Matter, Color of Change, and Black Futures Lab.

The Rev. Al Sharpton held a press conference at NAN headquarters on Thursday in New York City with Asian American leaders, mayoral candidates and others. He called for a federal investigation into the Georgia shootings and charged “Black and brown leaders” to denounce the hate. “Let’s be clear, domestic terrorism is cancerous, and it is growing in our country. We must work together, regardless of race and political affiliation, to stop it.”

As a mark of respect for the victims in the Georgia shootings, president Biden issued a proclamation this week and ordered that U.S. flags be flown at half-staff at the White House and at all federal public buildings and grounds until sunset, March 22, 2021.