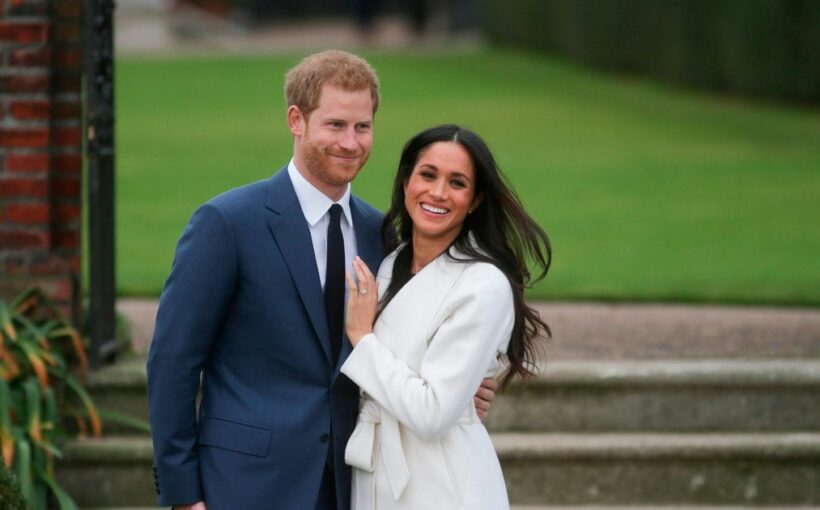 Prince Harry's position in the Royal Family's line of succession leaves the monarchy just a "breath away" from a constitutional crisis, according to a royal commentator.

Appearing on BBC Breakfast via a video link, Evening Standard Royal Editor Robert Jobson said Prince Harry ought to be removed from the line of succession as it's clear he's "not coming back" after moving to the US with his wife Meghan Markle and son Archie.

The first in line for the throne is Prince Charles, followed by his son Prince William and then his three children, Prince George, Princess Charlotte, and Prince Louis.

Prince Harry is then sixth in the line of succession, but Mr Jobson said this could be problematic in the future, especially if he ends up acting as a reagent to one of his brother's children.

Mr Jobson told viewers: "I think it's time the Royal Family woke up to the situation that they (Meghan and Harry) are not coming back.

"They need to be taken out of the line of succession.

"I also think that you've got to remember that, in this Covid pandemic, that we're only a couple of breaths away from a constitutional crisis.

"We have a very old Queen, both the Prince of Wales and Prince William have suffered with Covid."

Hammering down on some of the potential problems, he added: "What would we have? Prince Harry as regent to Prince George?

"There are bigger issues here than personalities.

"What is the position in terms of the constitutional monarchy?

"It's not about personalities, it's a much more serious situation than that."

Prince Harry and Meghan recently announced they are expecting their second baby together.

The couple are also due to appear for an exclusive interview with Oprah Winfrey which the Queen is alleged to be very upset about.