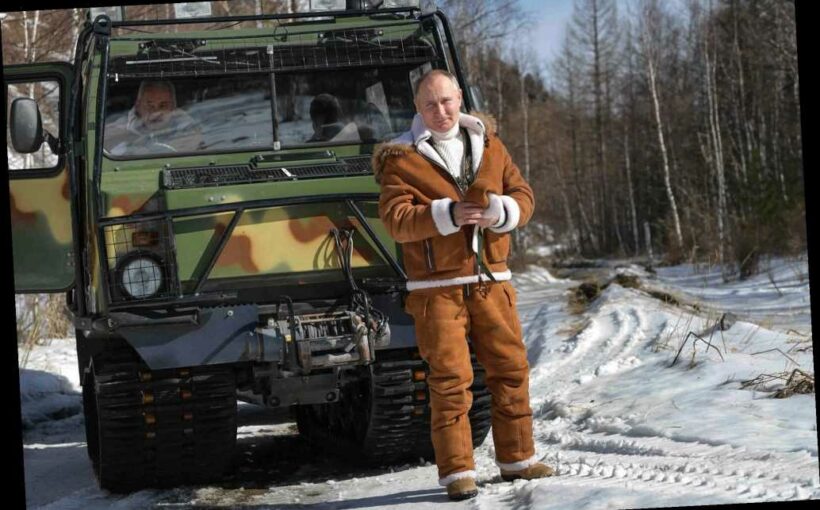 Putin to Biden after ‘killer’ comments: ‘It takes one to know one’

He was really Putin on a fashion show!

Russian President Vladimir Putin was captured grinning in sheepskin and fur as part of a series of propaganda pics from a recent Siberia vacation — just days after President Biden referred to him as a “killer.”

The Kremlin also released snaps Sunday of Putin driving an all-terrain vehicle and enjoying an al-fresco meal with his defense minister Sergey Shoigu in the wilderness.

The cold-weather snaps are just the latest images released by the Kremlin, which regularly tries to frame the Russian leader as a macho outdoorsman.

Other famous photo-ops from visits to the region have shown him on horseback, pole-fishing, and swimming the butterfly stroke — all while shirtless.

The latest photo dump comes after President Biden said he believes Putin is a “killer” and recalled a conversation in which he told the Russian leader that he doesn’t believe he has a soul.

The Kremlin demanded Biden apologize for his “killer” remark, while Putin retorted that “it takes one to know one.”

“I remember in my childhood, when we argued in the courtyard, we used to say: It takes one to know one. And that’s not a coincidence, not just a children’s saying or joke,” Putin said. “We always see our own traits in other people and think they are like how we really are. And as a result, we assess (a person’s) activities and give assessments.”