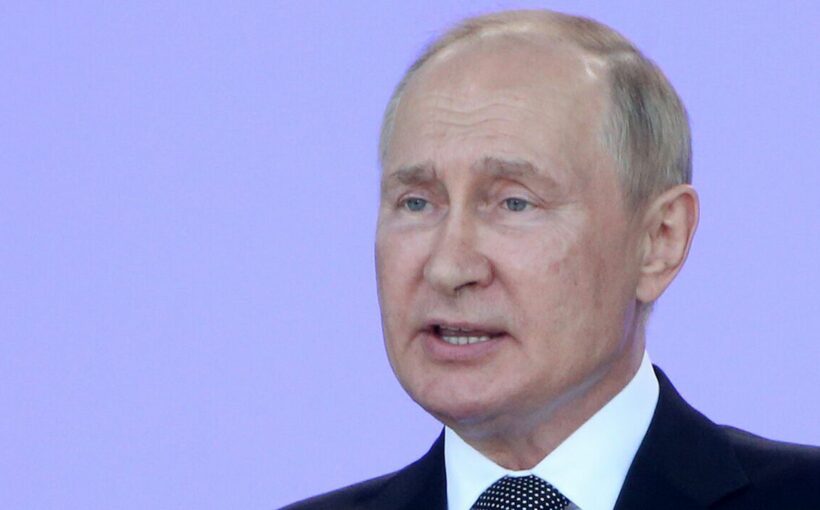 A series of attacks in the Russian-occupied peninsula of Crimea over the past month has unsettled leadership in Moscow. Russian tourists regularly used Crimea as a popular summer holiday destination. A series of explosions have also rocked Russian cities near the border with Ukraine, raising concern over Russia’s defences.

This has made it “much more difficult” for President Vladimir Putin to “sell the war” to people inside his country.

Earlier this week, Western officials told journalists that Ukrainian strikes on Crimea were having major psychological and operational effects on Moscow’s forces.

These remarks were before another drone attack on the headquarters of the Black Sea Fleet in Sevastapol on Saturday morning.

It follows a dramatic attack last week on the Saky airbase, where about nine combat planes that supported Russia’s Black Sea fleet were destroyed. 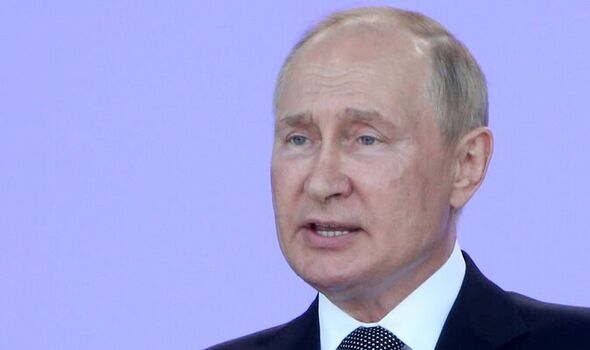 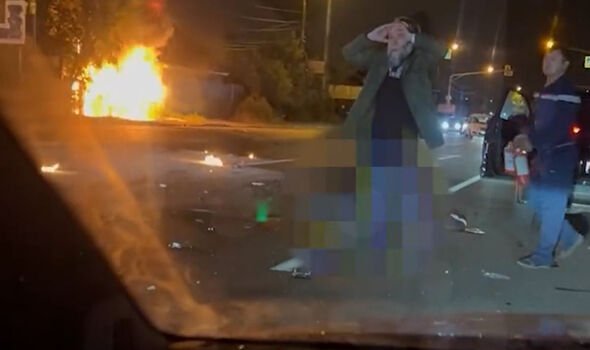 “But it also sends a message and makes it more difficult for Russia to sell this war within its own country.

“This has been 11 days which has seen Crimea destabilised in a way few predicted.”

Speaking to GB News earlier, Rear Admiral Chris Parry, a former NATO commander, suggested that Russians were becoming “exhausted by the war” and wanted a break from it.

This coincides with a suspected car bombing outside Moscow which killed the daughter of a close ally of Russia’s President Vladimir Putin. 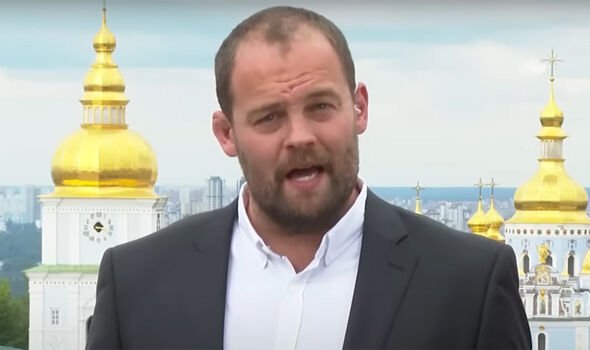 It is thought the woman’s father, the Russian philosopher Alexander Dugin, who is known as “Putin’s brain”, may have been the intended target of the attack.

Will Vernon, from BBC Moscow, has suggested that this bombing could also turn the tide of opinion against President Putin’s invasion.

He wrote: “Incidents like this will make officials in Moscow nervous, especially in the aftermath of a series of explosions and attacks in occupied Crimea and in Russian regions near the border with Ukraine.” 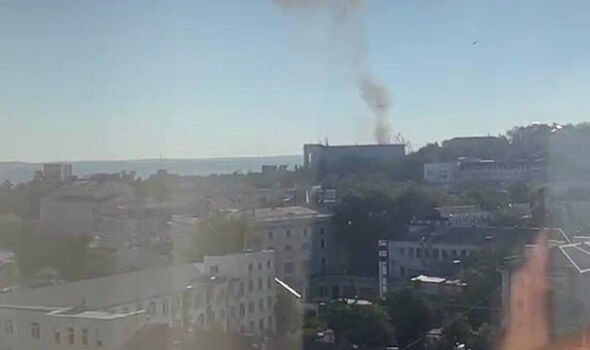 The BBC Moscow journalist continued: “Kremlin propaganda consistently stresses how Vladimir Putin has brought security and stability in Russia following the turbulent 1990s, when car bombs and assassinations were commonplace.

“This car bomb in the Russian capital undermines that narrative.”

Ukraine has denied any involvement in the bombing

Mykhailo Podolyak, an adviser to President Volodymyr Zelensky said: “Ukraine, of course, has nothing to do with this, because we are not a criminal state, which is the Russian Federation, and even less a terrorist state.”