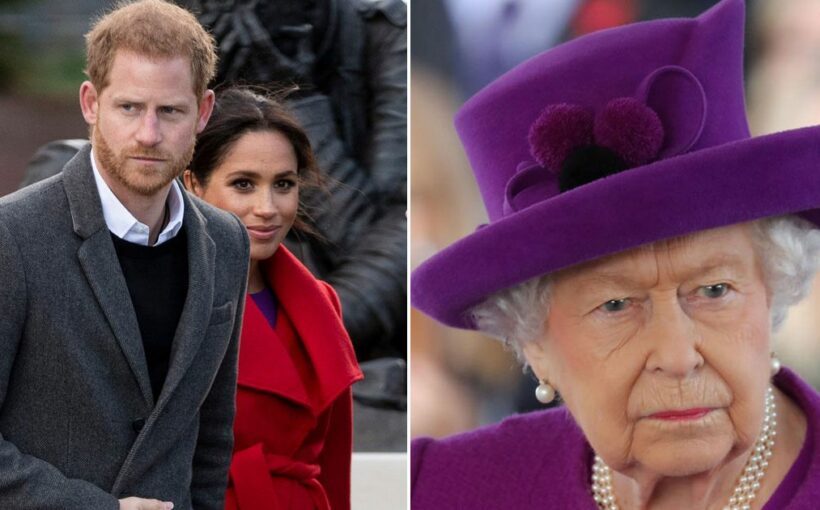 Prince Harry could lose his beloved Royal Marines title to his brother Prince William as the Queen reportedly calls an "emergency meeting".

The monarch has ordered the gathering with royal aides to draw up new plans over which family members will take over the honorary royal roles currently held by Harry and Meghan Markle.

The couple have reportedly told friends they are "resigned to losing them" with the news coming just days after they announced they are expecting their second child.

A series of announcements are expected from Buckingham Palace before March 31, the 12-month deadline given for a review of the Duke and Duchess of Sussex's decision to quit as working royals.

A senior Royal Navy source said previously: "The decision has been made to invite Prince William to take over this important duty, largely on the basis that the Duke of Sussex has given no reason to believe that he will alter current arrangements."

Harry and Meghan announced their intention to step down as senior members of the Royal Family in January 2020, saying they wanted to become financially independent.

After summit talks with the Queen, it was agreed a review would take place one year after they quit.

It was previously claimed that Harry was "upset" about the possibility he will have to give up his military titles. Sources say it is the "one aspect of his former life that he is desperate to cling".

Harry’s positions as Captain General of the Royal Marines, Honorary Air Commandant of RAF Honington and Commodore-in-Chief, Small Ships and Diving were taken away when he left the royals, pending the review.

It is thought they are unlikely to be restored now the couple are firmly on the US celebrity circuit. Harry's royal titles earned through his 10-year service with the Army are not affected.

Since leaving the UK, the couple have signed multi-million pound deals with Netflix and Spotify and will sit down for a tell-all interview with talk show legend Oprah Winfrey next month.

Harry and Meghan have been told Oprah can "ask anything she wants" during the 90-minute chat scheduled for March 7.

The Queen is said to have faith the couple will honour royal protocol during the interview.

But it is believed the couple did not inform the monarch or other senior royals about the decision to do the interview, with insiders describing the "nervousness" at the upcoming interview.

The couple have around 18 royal and private patronages but have not returned to the UK for 11 months.

On Valentine's Day they announced they are expecting their second child, a brother or sister for 21-month-old Archie.