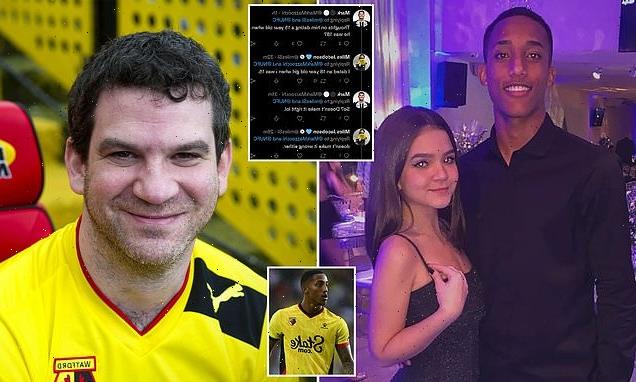 The studio director of Sports Interactive – the team behind the Football Manager video games – has provoked fury for saying that it is acceptable for an 18-year-old to date a 15-year-old as long as consent law is not broken.

Miles Jacobson, 50, made the comment in reference to Brazilian footballer Joao Pedro, who raised eyebrows when he signed for Watford aged 18 in 2020 because his girlfriend at the time was a 15-year-old TV star called Mel Maia.

The legal age of consent in Brazil is 14 – two years younger than in Britain. When Pedro signed for Watford, the club insisted that Miss Maia would stay in Brazil until she turned 16. She is now aged 18, but they have since split up.

Mr Jacobson – a Watford fan who was awarded an OBE in 2011 for his work on the game, which launched in 1992 under the name Championship Manager – also revealed he dated an 18-year-old woman when he was aged 15.

There is no suggestion that Pedro, now 20, has ever done anything illegal – but news of his old relationship is now the subject of intense interest again because the striker has been the subject of bids by Newcastle United. 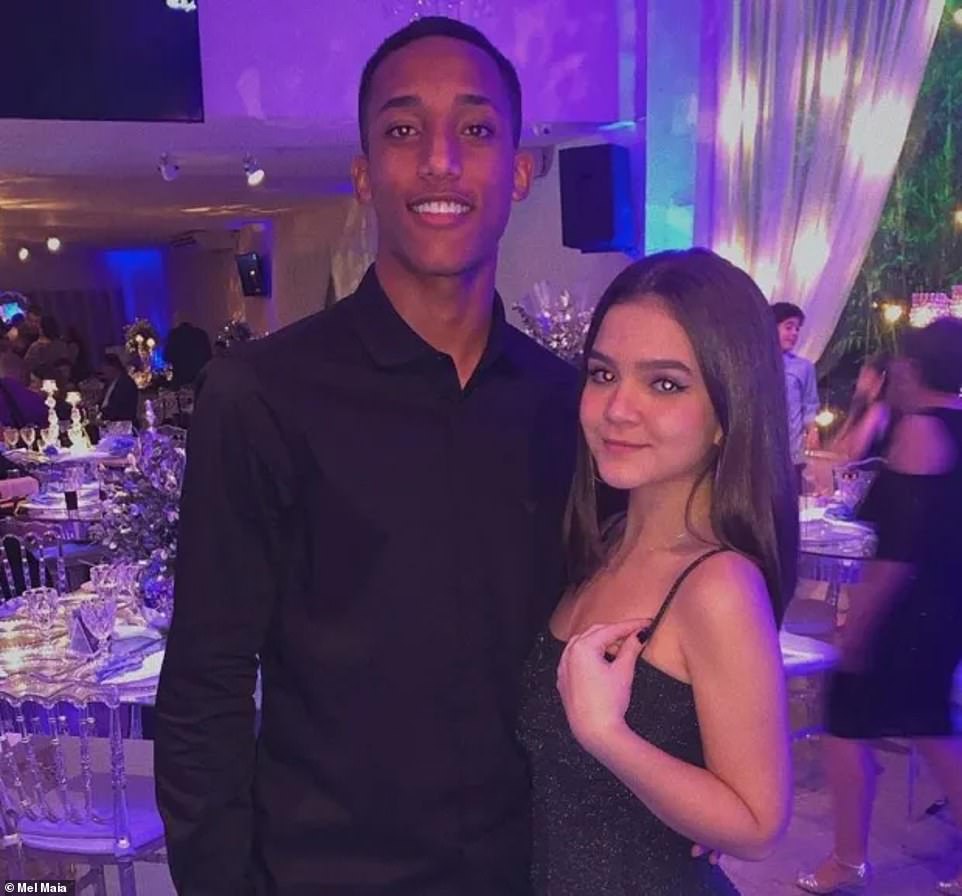 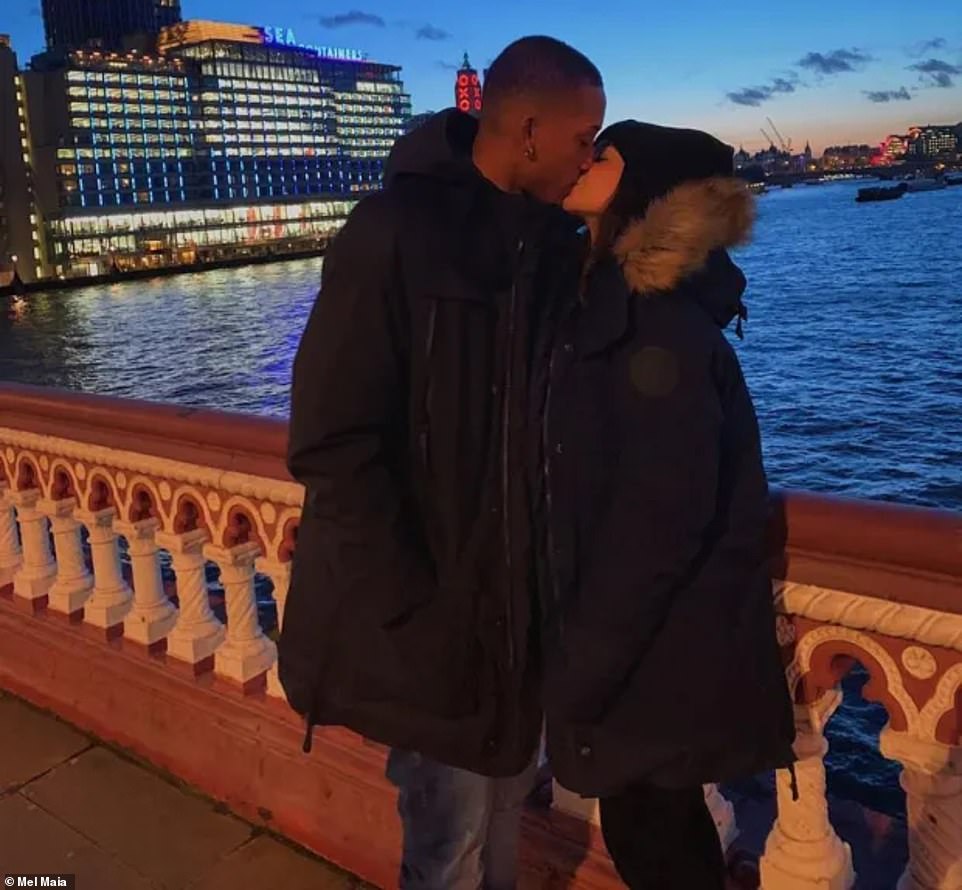 Mel Maia posted a photograph on Instagram of her kissing Joao Pedro on Southwark Bridge in London when she visited him in the capital following his transfer to Watford in January 2020. However, the 15-year-old then returned home to Brazil 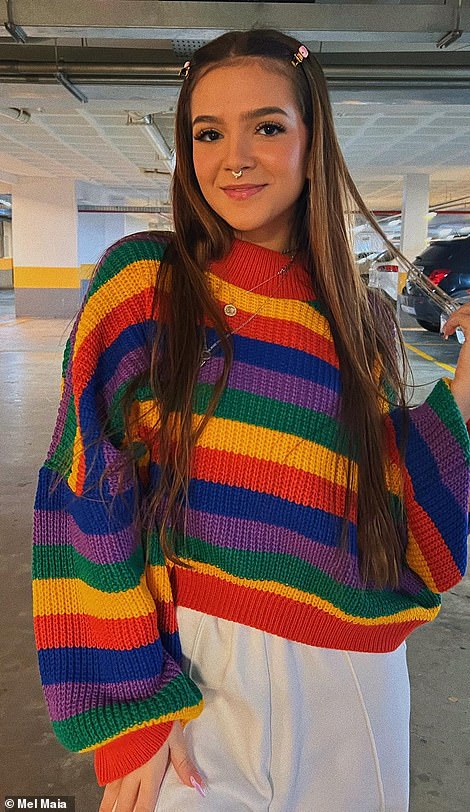 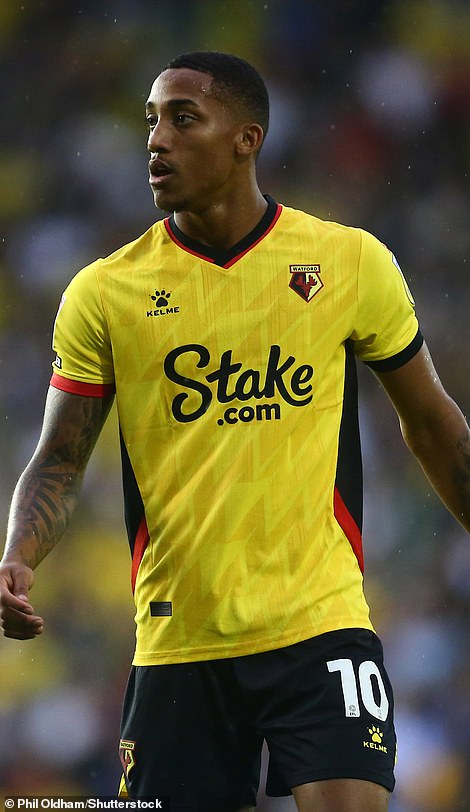 Mel Maia is pictured in an Instagram post in June (left), following her 18th birthday in May. Joao Pedro (right) is pictured playing for Watford against Birmingham City in a Championship football match at St Andrew’s Stadium on August 16

Yesterday, responding to reports on Twitter that Pedro was due to sign for Newcastle for £30million, Mr Jacobson told Magpies fans: ‘Please look after JP. He’s still young. Still raw. Huge amount of potential – in your terms, the potential of Tino. But he’s not the finished article. So take it easy on him. You’ll learn to love him. Me? I’m gutted.’

However, replying to this, a Newcastle fan called Mark Mazzocchi tweeted: ‘Thoughts on him dating a 15-year-old when he was 18?’

Mr Jacobson then said: ‘Doesn’t make it wrong either.’

And Mr Jacobson said: ‘Two people in the UK, one aged 17 and 364 days (child) and one aged 18 and 0 days (adult). A silly definition. As long as the age of consent law isn’t broken, I don’t see an issue. In Brazil, where the other couple dated, the age of consent is 14.’

A further Twitter user then said: ‘That’s some weird f***ing s***. What the f***. Why even highlight the Brazil issue. Yuck.’

Mr Jacobson then said: ‘Try reading what the thread is about – it was a question about an 18-year-old Brazilian footballer dating a 15-year Brazilian girl in Brazil.’

Mr Jacobson then tweeted: ‘Deleted a few tweets as they were being taken wildly out of context.’

And this morning, issuing an apology, he wrote: ‘Last night I flippantly revealed that as a 15 year old boy I dated an adult female and saw nothing wrong with it.

‘Having thought about if for most of the night, I now understand I was wrong. It was a problem. And is something I now need to work through.’

He continued: ‘Thank you to those who pointed out to me how wrong what I’d said was. Even if I didn’t act grateful at the time, I am now.’

A spokesman for East London-based Sports Interactive told MailOnline today that the company has nothing to add to the ‘sincere apology’ from Mr Jacobson.

In February 2020, when Pedro signed for Watford, a spokesman for the club said: ‘Both Joao and his girlfriend are acutely aware of both the legality and cultural differences between the UK and Brazil.

‘She has flown back to Brazil, will remain resident there and has no intention of returning to England until after her 16th birthday.’

It is not known exactly when their relationship came to an end, and the fact that they have split has not been reported in the UK Press.

However, various Brazilian outlets such as Contigo, No Hora da Noticia and OFuxico have published confirmation in recent months that they are now separated.

Mr Jacobson infamously swapped two Blur gig tickets for an advance copy of Championship Manager 2 in 1992 and then provided feedback to one the game’s inventors Paul Collyer.

He was eventually put on the payroll in 2000 when he became managing director of the company behind the game.

As for Pedro, Newcastle and Watford have still to agree a fee for the footballer as talks intensify over a £30million deal.

The Magpies previously had a bid of £20million rejected but remain keen on the Brazilian, who can play as a striker or out wide in attack.

Discussions have centred around a £25million base fee with add-ons and a 10 per cent sell-on clause, but Watford are pushing for the £30million fee. 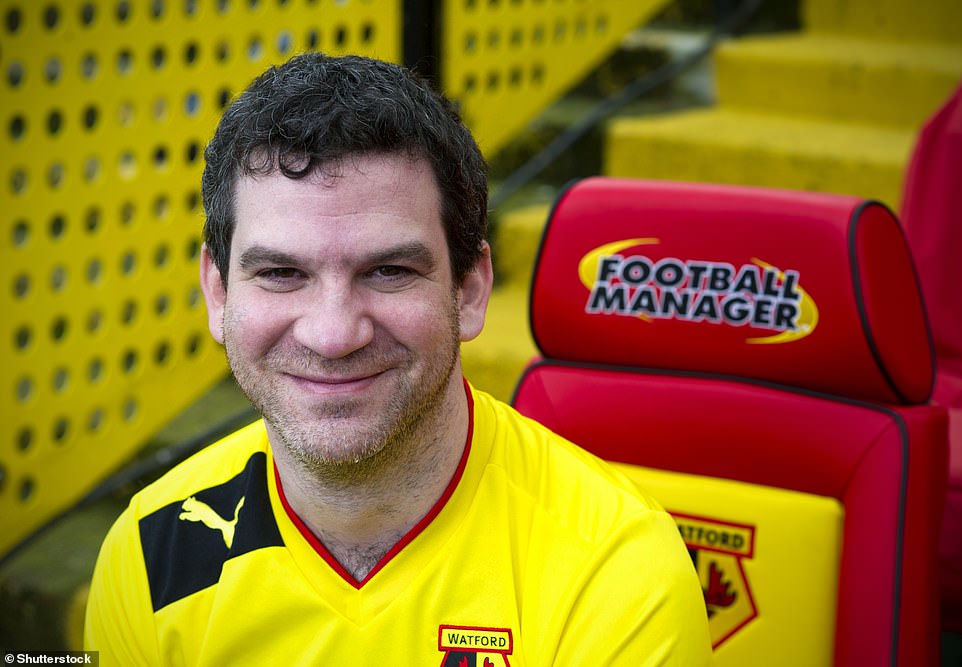 Miles Jacobson, 50, is the studio director of Sports Interactive – the team behind the popular Football Manager video games

Pedro remains one of Watford’s most prized assets and the Championship club are committed to keeping the player after seeing Emmanuel Dennis leave for Nottingham Forest.

The Premier League Magpies view Pedro as a player who can still improve massively given his age and he would suit their needs at the top end of the pitch.

He is now in his fourth season at Vicarage Road having joined from Fluminense in 2020, scoring 14 times from 76 appearances in all competitions since then.

Watford head coach Rob Edwards previously said that a further offer could be entertained by the club, with himself and the board likely to sit down and discuss it.

It also emerged that that Everton are prepared to match Newcastle’s £30million offer, and have made contact with Watford to discuss Pedro. But the player is said to be keen on a move to St James’ Park.