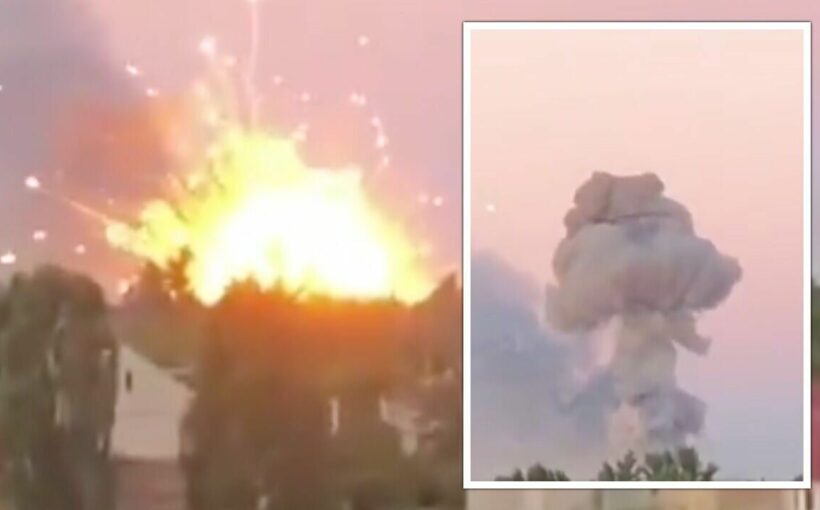 Russia has seen its ammunition warehouses turn into a dangerous target for Ukrainian forces, losing at least four over the past week. And in the last few hours, another weapons dump was lost to a massive explosion in Raiske, in the occupied Kherson region of Ukraine. Unconfirmed reports suggest the warehouse caught fire and later was reduced to smithereens.

Footage shared online shows a massive explosion rippling through the ammunition dump, with debris being spewed into the air in firework fashion.

A thick cloud of grey smoke is then seen emerging from the blazing building turning the sky black. 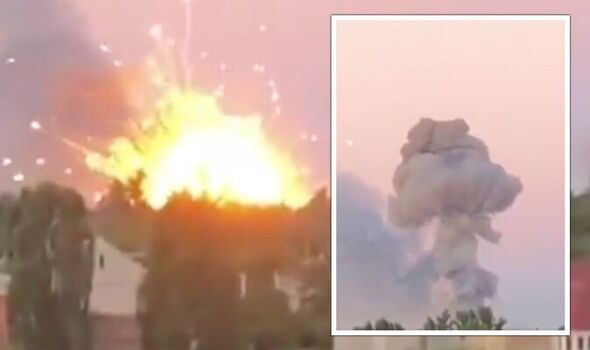