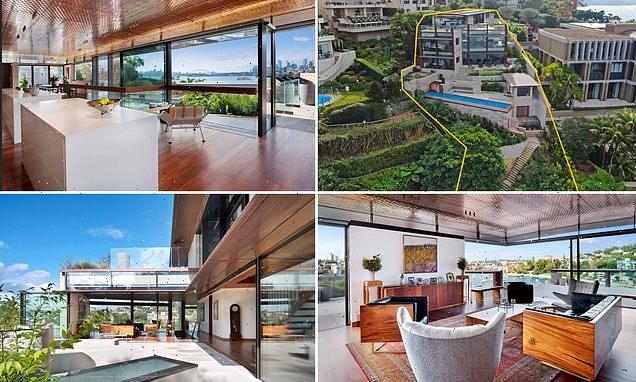 A waterfront three-storey home has become Sydney’s most expensive sale so far in 2021. 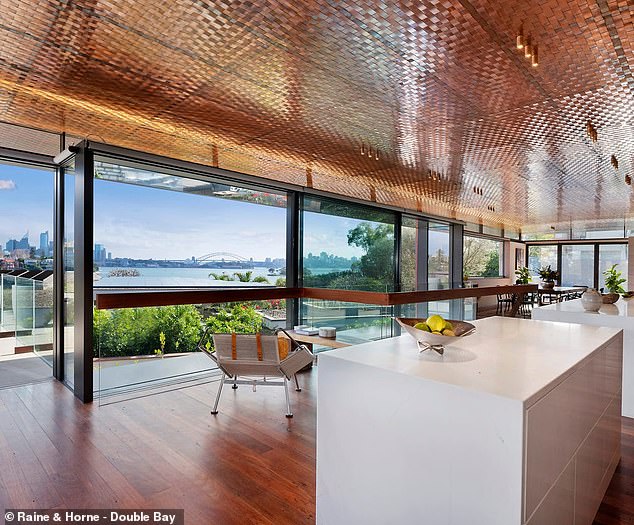 A million dollars will not buy you a view like this these days. 1 Wingadal Place, Point Piper (pictured) sold for $40million-plus in a secret sale this week. 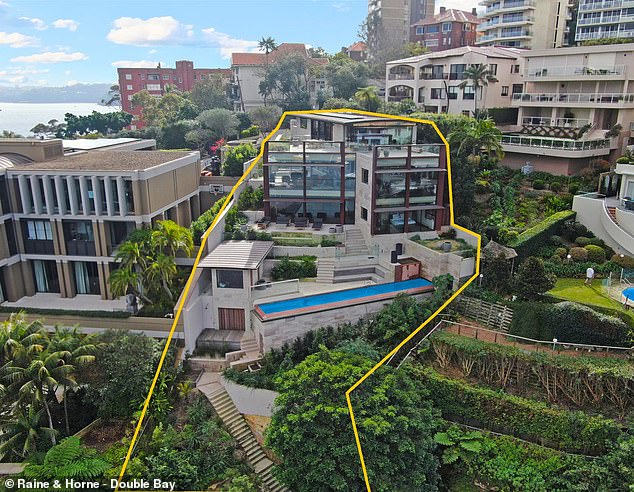 The architect-designed three storey eco-mansion was on the market with a pricetag approaching $60million in 2019. Despite the lower sale price, it is still believed to be the most expensive home sold in Sydney so far in 2021

The sale is believed to be the highest price paid so far this year in Sydney, with the two closest in price also sold at Point Piper for between $37million and $40million,  realestate.com.au reported.

This latest sale sits on Wingadal Place, a street on the exclusive Point Piper peninsula with only two other houses for neighbours.

The enviable views reach from Seven Shilling Beach and Double Bay to the Opera House and Harbour Bridge.

The home also has a wide array of ultra luxury features.

They range from an infinity pool made from Cait Rosso red marble, six opulent bathrooms, an automated waterfront-facing Italian window system, and a turntable outside the four-car garage.

The interiors are notable for use of reclaimed Karri wood, sandstone from Wondabyne on the NSW Central Coast and imported Italian marble.

One of the most unusual features inside is a woven vaulted copper ceiling, believed to be one of a kind. 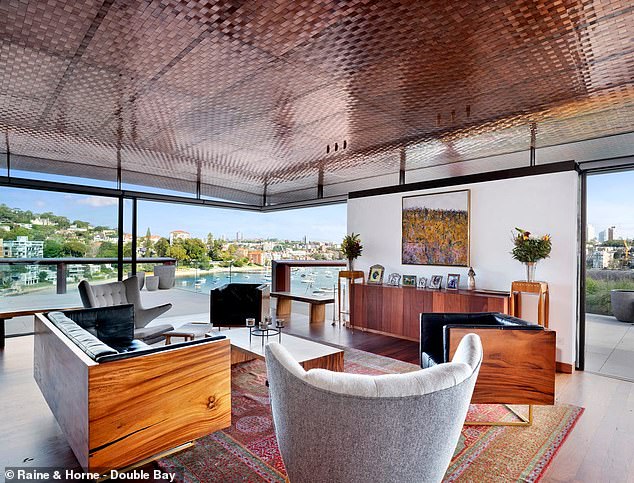 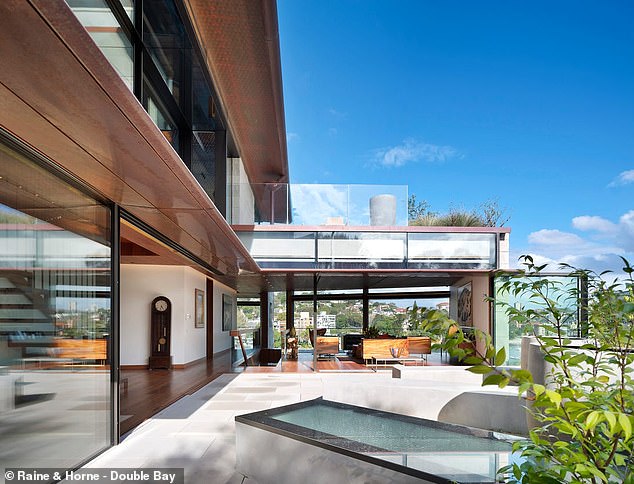 Ms Cooke is believed to have purchased the home at a foreclosure auction in 2006 for $7.95million.

In 2019, she said buying the home was ‘like I’d won the lottery’, reflecting on the days she once owned a small flat in Bondi.