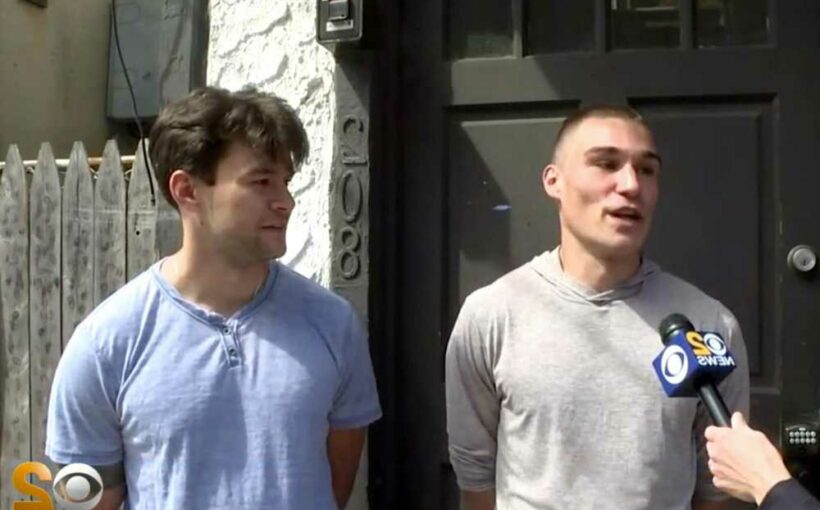 Greene rakes in $3.2M in donations — almost all from outside the Peach State

Two New Jersey mixologist brothers are raising the bar with a fundraising walk starting on the Asbury Park boardwalk Saturday morning that won’t stop until they get to the Redwood Forest outside of San Francisco.

Aiden and Louis Ardine, of Middletown, N.J., saw how hard the COVID-driven lockdowns and slow reopening hurt their colleagues in the bar and restaurant industry over the past year, and came up with a plan to give something back, their website explains. They dubbed the idea, “Walking America.”

Aiden, 28, and Louis, 27, both avid distance runners with a fondness for hiking and camping, mapped out a 3,147-mile route that will take them through 11 states on their way across the country. They have friends and family along the way, but they told their hometown paper, The Two River Times, that they will also rely on strangers they meet on their journey. They estimate they will go about 20 miles per day, which would make the trip about five months long.

The idea began as an offhand joke during a trip to Vermont with friends, when Aiden said he would rather hike than keep looking for scarce jobs in restaurants operating under limited capacity restrictions. He spoke with his brother, and they came up with the plan to raise money for the nonprofit Restaurant Workers’ Community Foundation. Their goal is $30,000, or about $10 per mile, the cost of an average lunch.

“We wanted to do something to benefit restaurant workers who we feel have been left behind during this pandemic,” Aiden told the Asbury Park Press. “Service industry workers were finding it impossible to get unemployment benefits, or forced to go to work every day once restaurants were reopening and risk their well-being.”

They prepared for the trip by speaking with others who’ve done long distance hikes. Most of the trip will be on what Aiden called “backcountry highways,” so that they’re rarely further than 50 miles away from a town.

They plan to meet people in the culinary world when they stop for rest days along the way and will post on social media about the restaurants they visit, Louis said.

“We personally just want to meet people and get a feel for how other people live in the United States,” Aiden said. “Getting sort of away from our little New Jersey bubble.”