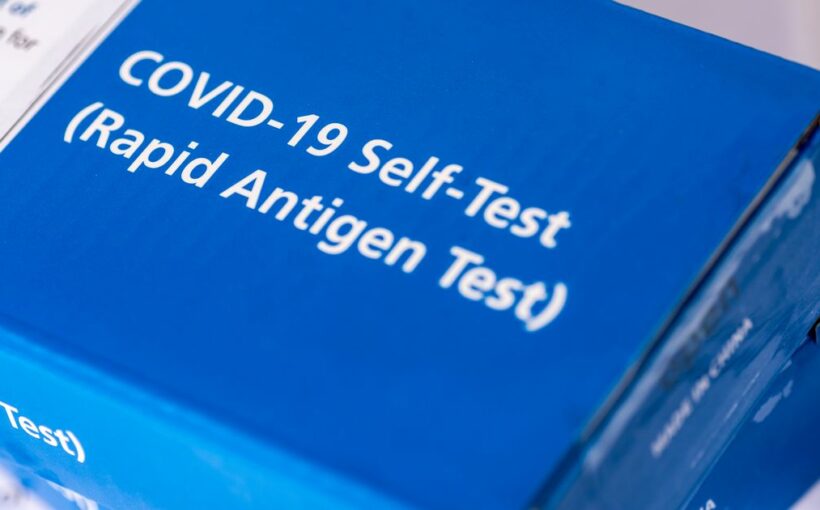 People selling Covid-19 lateral flow tests online have been blasted for profiting from a nationwide shortage.

Chancers are trying to cash in on testing kits they are believed to have received from the NHS for free.

But as Omicron rapidly spreads across the UK and people rushed to check they were virus-free before seeing family for Christmas, demand for lateral flows has soared.

Tests have been seen for sale online ranging from £5 to a staggering £100 on the back of Prime Minister Boris Johnson's warning ahead of New Year's Eve celebrations.

The UK Health Security Agency has announced eight million kits will be made available to pharmacies ahead of New Year's Eve, but many appear to be finding their way online to be sold for profit.

On Thursday, the M.E.N found the usually free testing kits were being flogged on Facebook, eBay and even an online auction house based in Stockport.

Simon Charles Auctioneers and Valuers had four job lots of testing kits up for auction on its website on Thursday morning.

Each lot contained either 15 or 20 kits and had each received bids of around £5 as of 2pm this afternoon.

Meanwhile, one person on Facebook was selling lateral flow tests for £5 each.

Posting on the Didsbury M20 group, the person wrote: “12 lateral flow tests for sale. £5 per box but will do deal for more than 1.”

In response to the listing, one person posted: “You should be giving these away for free to people that need them not hoarding them for your own selfish gain!” Another wrote: “How shameful of you.

There is a shortage of these tests”.

When someone asked if the listing was a joke, the seller replied: “There’s no joke they’re in short supply right now so if you need them a fiver isn’t that much”.

An image of one ‘unused and sealed’ box of lateral flow tests was shared on social media, showing it on offer for £100 on Wednesday (December 29) before it was removed.

Another box of rapid antigen tests was also reportedly on sale for £9.99, which was also promptly removed from the site.

Website eBay said Covid-19 tests were banned for sale on its platform and there were "currently no lateral flow tests available for purchase" on the site.

An eBay spokesperson told the M.E.N: “Covid-19 tests are banned for sale on eBay.

“We condemn anyone attempting to re-sell Covid tests provided by the NHS.

“We have filters in place to block these tests from making it onto the platform, and our policy team also regularly monitors for these items and any that do make it on site are immediately removed.”