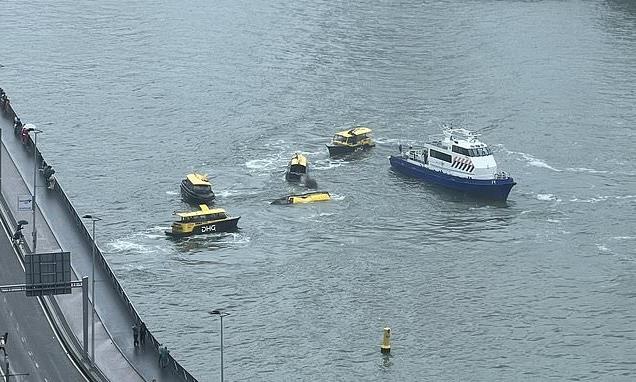 Six people including a child have been rescued after they were trapped in an upturned water taxi which collided with a sightseeing boat in Rotterdam.

The terrifying escape happened after the small taxi, carrying four adults, one captain and the child, approached diagonally under the Erasmus Bridge on the Nieuwe Maas River and hit the bow of the large tourist boat.

The taxi was rammed and was sent underwater before reappearing on the surface of the water upside down.

There followed a heart-stopping rescue in which other water taxis rushed to the scene in a bid to free the drowning passengers. 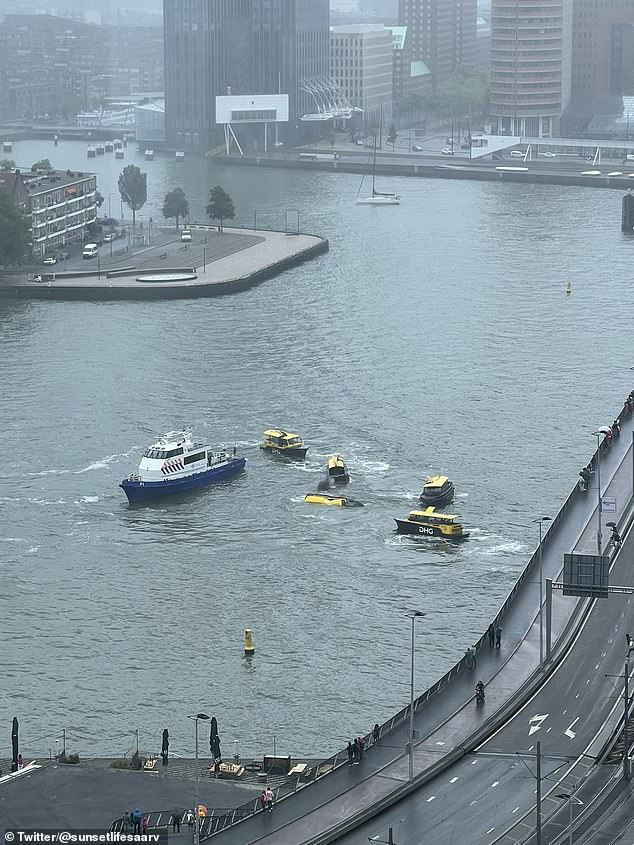 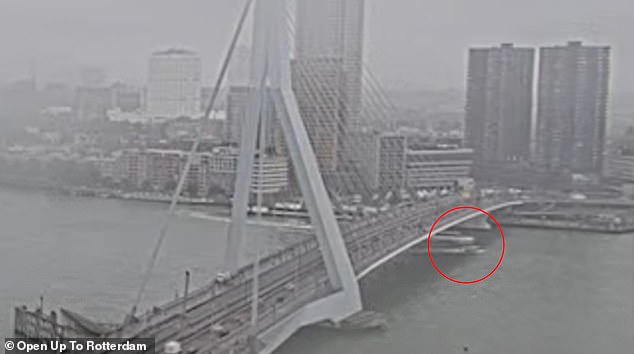 Footage shows the two vessels at the Erasmus Bridge as they collided, forcing the smaller boat underwater 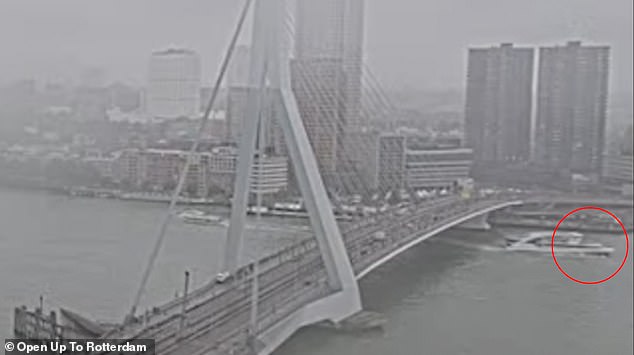 A captain attached a rope to the capsized boat and desperately tried to turn it back the right way round, struggling for a minute before the boat was spun around.

But the tail of the vessel was still dragging down into the water, risking it going under again.

A man at the front of the boat can then be seen trying to claw his way out through the front window before a family including a child break free, along with multiple lifejackets.

They were each then pulled to safety by the surrounding water taxis and taken to hospital for observation.

Emergency services confirmed the collision and water rescues in a tweet and noted that water traffic near the bridge has been halted.

A trauma helicopter attended the scene which was declared a ‘major water accident’ by authorities.