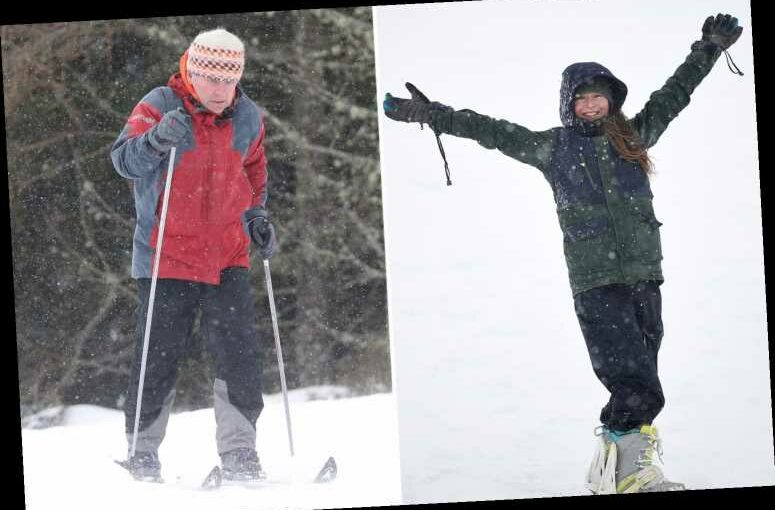 STORM Darcy is set to engulf parts of England and London with heavy snow and gale-force winds as cold air from the east blasts Britain.

Forecasters have issued yellow warnings for snow covering the length of Britain from Saturday, while a more serious amber warning is in place for the south east of England from early on Sunday morning.

There is a chance a few places could see as much as 30cm of snow, forecasters have warned.

The Met Office said the Dutch have named the low-pressure system that will bring strong winds and widespread snow to south east England on Sunday as Storm Darcy.

Places within the amber warning expected to be hit by Darcy include Norfolk, Suffolk, Essex, and Kent.

Roads may become blocked by deep snow, with the possibility of many stranded vehicles and passengers.