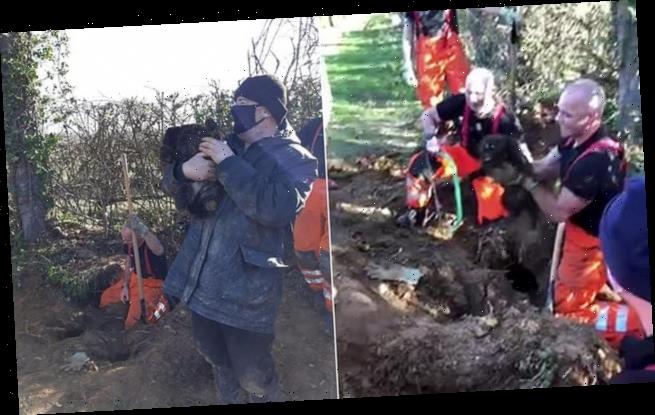 This is the moment firefighters pulled a puppy to safety after he was trapped down a rabbit hole for seven hours.

Terrier Lincoln had been out for a walk with his owner, roaming the woods, when he disappeared into the warren near Martock in Somerset, on Tuesday afternoon.

After failing to retrieve Lincoln, his owner called the fire service. 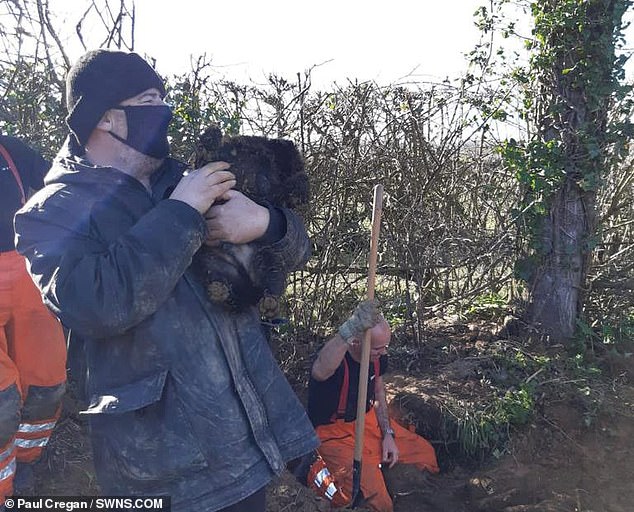 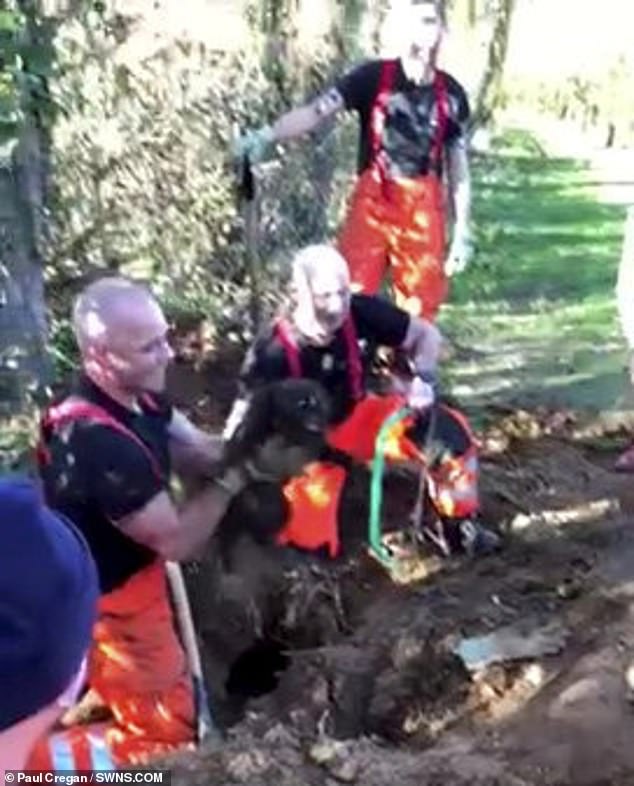 He was trapped for seven hours before a team of firefighters from Martock Community Fire Station managed to pull him to safety.

According to the Somerset County Gazette, firefighters used specialist listening equipment to locate the exact location of the dog.

Watch manager and station commander Paul Cregan filmed the moment that his crew finally rescued the naughty little terrier from the bottom of the hole.

A firefighter kneeling next to the rabbit hole can be seen hoisting Lincoln from the hole and dusting the mud from his black fur as the team erupt into cheers.

Little Lincoln can be seen looking around at his rescuers and towards the camera before the firefighter hands him over to his grateful owner.

Devon and Somerset Fire and Rescue Service shared the lovely video on Twitter, commenting that it was ‘almost like the moment a baby is delivered!’ 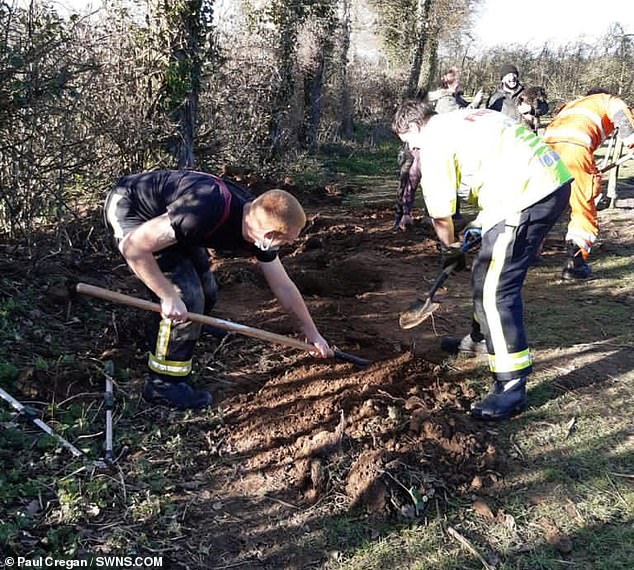