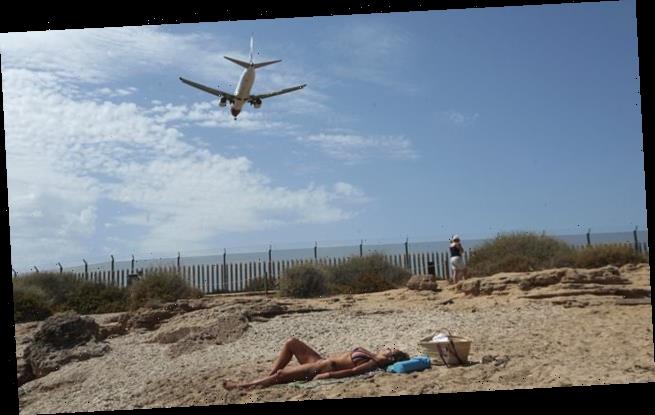 Summer holidays in doubt as Morgan Stanley warns trips to Spain, Italy and Greece are at risk due to Europe’s slow jab roll-out

Britons’ hopes for a summer holiday abroad were thrown into doubt today as Morgan Stanley warned tourist hotspots are unlikely to open on the same scale as last year.

The bank said Europe’s slow vaccine roll-out combined with the spread of more-infectious Covid variants means it is ‘sceptical’ the summer season will go ahead.

It said the economies of Italy, Spain, Portugal and Greece will be particularly hard-hit if businesses are forced to remain closed or partially closed for another year.

Europe is presiding over one of the world’s slowest jab roll-outs, with EU bureaucracy, supply issues, and most-recently a ban on AstraZeneca jabs meaning only a fraction of its population have been vaccinated.

‘Last year, without a vaccine, Europe was able to save some of its summer season with the help of restrictions and seasonal weather dynamics that lowered transmission rates from spring,’ the bank said. 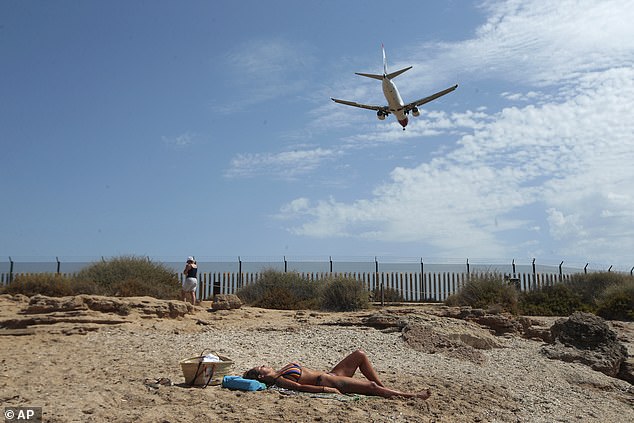 ‘But we are somewhat sceptical that this can happen again this year, given the emergence of new strains, which appear to be more transmissible and dangerous, and have driven an acceleration in cases recently in the euro area.’

The warning will spark fears among locked-up Britons who had been given a slew of promising news about holidays in recent days.

Greece, Cyprus, France and Portugal have all announced they will welcome back British tourists starting on May 17, provided the government lifts travel bans in this country and they can prevent evidence of a vaccine or a negative PCR test.

Meanwhile the EU announced the launch of a Digital Green Pass scheme which will allow Europeans to travel freely between members states, provided they have a vaccine, evidence of a Covid infection, or a negative test.

Britons would not automatically apply for the scheme, but would be able to apply for permission to visit from individual countries.

Despite Morgan Stanley’s grim prediction, Germans have begun rushing to buy up tickets to Spain’s Balearic Islands in recent days after the region was taken off the country’s ‘high risk’ list last week.

The move means German tourists will no longer need to quarantine after getting home, and only need to present a negative Covid test on arrival to be allowed in.

As a result, tens of thousands of people have rushed to book tickets with airlines putting on hundreds of extra flights over the Easter period to cope.

But the move has caused fury among Spaniards who are still banned from visiting the region due to domestic lockdown rules.

The German hospitality industry has also reacted with anger as hotels and other tourist businesses in the country remain closed even as customers head overseas.

‘It makes absolutely no sense that in Spain we can’t move between regions but any foreigner can come in … and spread infection,’ said Emilio Rivas, 23, from Madrid.

The young tax assessor wanted to get out of town for the holidays but must instead stay home because Spain banned travel between regions over Easter to avoid a spike in contagion similar to the one seen after an easing in restrictions over Christmas.

But Spain has not placed any restrictions on foreign arrivals beyond presenting a negative Covid test, meaning overseas visitors are largely free to enter.

Aside from Germany, France is also allowing its citizens to travel to Spain largely unhindered. Both countries have higher Covid infection rates than Spain.

Retired Madrid resident Angelines Ruiz complained of having to stay put after cancelling a trip to the western region of Extremadura.

‘On top of that I’m afraid of going anywhere in case I get infected by one of these French or Germans,’ said Ruiz, 76.

German authorities have belatedly insisted that lifting the Balearic Islands out of the ‘high risk’ category was not intended as an invitation for people to travel, and says it is still advising against all non-essential trips.

But the message appears to have fallen on deaf ears, as cooped-up Germans booked en masse at the weekend, eager for an Easter get-away.

Lufthansa’s low-cost Eurowings airline added 300 extra flights from all over Germany to Mallorca for Easter in response to a fourfold jump in bookings after the quarantine lifting, while Ryanair announced 200 extra connections to Mallorca and Alicante.

TUI Germany, said Easter bookings were double 2019 levels and some of the company’s Mallorca hotels were already fully booked.

Authorities in Mallorca have also been forced to remind tourists that they will still be subject to restrictions during their stay, after a rumour circulated online that they would be exempt.

Rules include a 5pm curfew for bars and restaurants, with all dining subsequently confined to hotels where guests must sit in groups no bigger than four.

A curfew of 10pm is in place for all other businesses, and people are not allowed to congregate in groups larger than four – or six if from the same family.

In addition, only guests from the same family will be allowed to share hotel rooms. 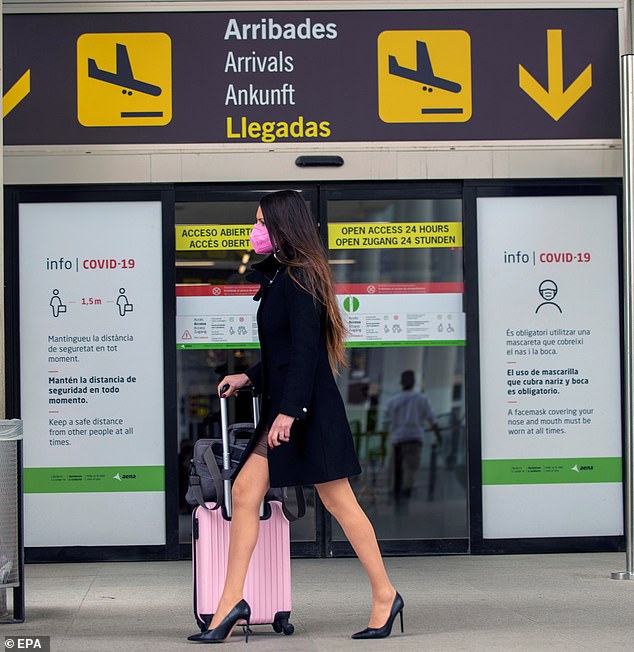 Despite widespread grumbling from Spaniards, the return of sun-seeking Germans will provide a welcome shot in the arm to the ailing tourism industry after foreign visitors to Spain fell 80 per cent to 19 million in 2020, the lowest level since 1969.

In 2020 the industry’s contribution to GDP t tumbled to between four and five per cent, according to the Funcas think-tank, from a 12 per cent share in 2019.

Hotels and holiday lets in Germany are barred from renting to tourists, leaving foreign vacations as the only option.

Communications chief at TUIfly Aage Duenhaupt said the influx would not lead to rowdiness, and nightclubs in German resorts would remain closed.

‘There won’t be the party holidays,’ he said. ‘They have even cancelled the free alcohol in the all-inclusive hotels.’

Responding to the sudden surge in bookings, Balearic authorities said they welcomed the new wave of tourists and would strictly enforce the requirement for a negative PCR test.

‘It is not a problem that people come to the Balearic Islands. We test everyone and will continue to do so as long as health security requires,’ a health department spokeswoman said.

At Duesseldorf airport, travellers heading to the Balearics were sympathetic with Spaniards’ discontent.

‘I can understand totally how the Spanish feel, to travel in corona times is really a privilege,’ said Mallorca-bound passenger Donata, who did not give her second name. ‘The whole thing is a bit irresponsible.’