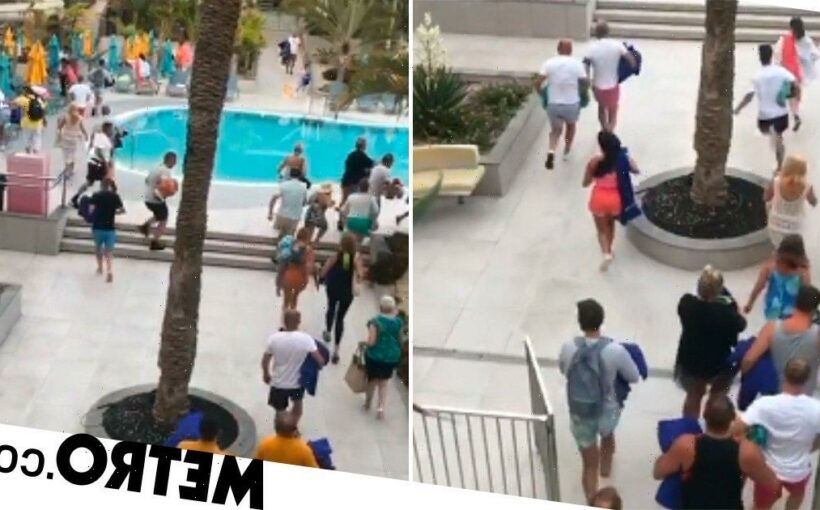 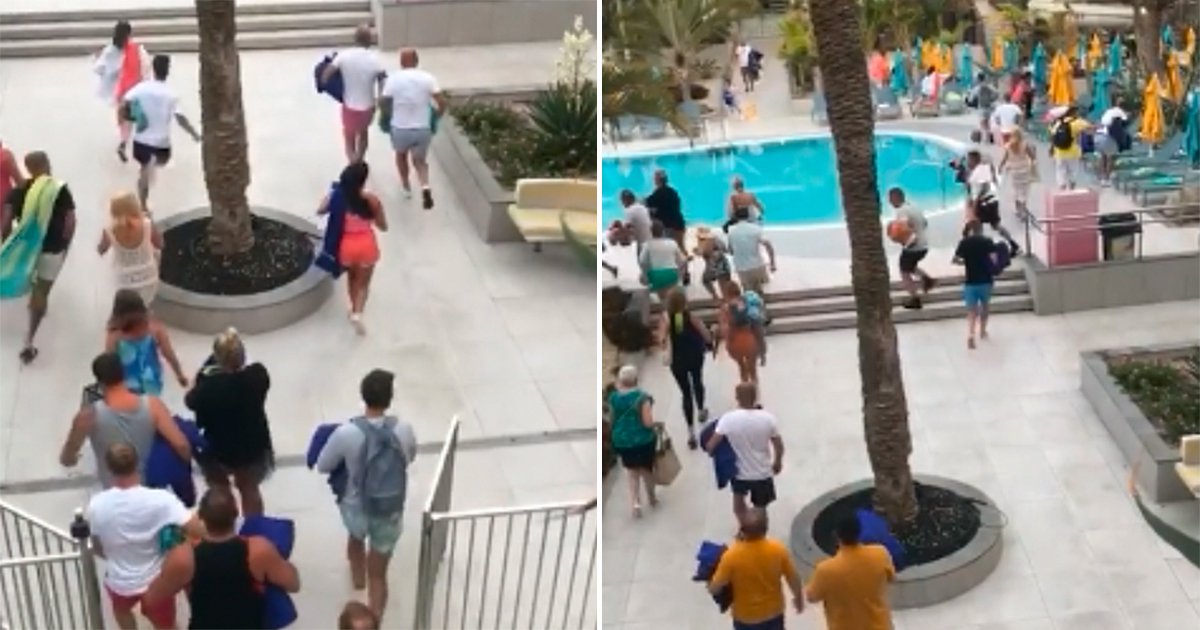 Holidaymakers at a resort in Tenerife woke at the crack of dawn to secure a sunbed in a prime location.

Chaotic footage shows hotel guests clutching their towels as they tentatively wait by a barrier next to the swimming pool.

As they’re given the green light from staff, the crowd suddenly descend on the patio from all angles in a mad sprint to grab a lounger.

They were filmed by Chloe Turner, who claimed people began queueing from 6.30am – 90 minutes before the pool opened at 8am.

A number of similar videos have captured the frantic struggle for sunbeds across resorts in Europe as Brits enjoy their first summer with most Covid travel restrictions lifted.

A ‘bed-hogging’ dad was seen clutching a pile of towels before frantically throwing them across sunbeds at resort in Tenerife.

Meanwhile, queues of eager holidaymakers started forming at 6am at a hotel on the Canary Islands, before they speed-walked to claim their recliners.

Spain is among the countries across western Europe that have been hit by hot temperatures leading to a number of wildfires.

Scientists in Seville for the first time gave a name to the heatwave recorded between July 24 and 27 – calling it Zoe.

The novel naming system came as part of a pilot programme launched in June to raise awareness of the importance of heatwaves, and to protect public health in warmer months.